Ford has announced its limited Edition WRC Ford Focus. The car looks stunning and has been designed based on the designs submitted in an online car design contest.

According to the official Press release:

After the sensational premiere at the 23rdAuto Zürich Car Show in November last year as a concept car rolls the Focus RS WRC Edition now in the final trim to the sports dealers. The Jubilee “40 years Ford RS” and launched on 50 units of limited edition was designed as part of a design competition. 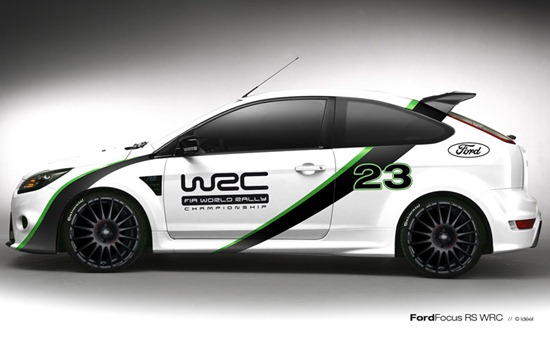 As per an extract from the official press release :

The Focus RS WRC Edition is available for 55 900 francs – with complete equipment and a sovereign power supply of 305 hp and 440 Newton meters. Provided this is power of a specially developed, again RS version of the 2.5-liter turbocharged five-cylinder engine, more powerful.This force is sufficient loose, if necessary, at 260 km / h fast racing and speed in less than six seconds to 100 km.”