The Ertiga MPV has been doing fairly well on the monthly car sales charts. Based on the Swift’s platform, the Ertiga has not just found a preference amongst commercial fleet operators, but has also been liked by a typical private car buyer who needs the convenience of a MPV at the price of a C-segment sedan. Till very recently, the Ertiga was the undisputed leader of the MPV segment. However, last year, Honda Cars India decided to play the perfect gate crasher to MSIL’s party and launched the very promising Mobilio, which has posed a threat to the Ertiga’s leadership. No surprise, then, that the boffins at Maruti Suzuki have readied an updated version of the Ertiga and the new model has just been launched in India. Although it still leads the segment by quite a margin, the facelift would inject some much-needed freshness into the MPV. You can find all the details regarding the 2015 model Maruti Suzuki Ertiga here. 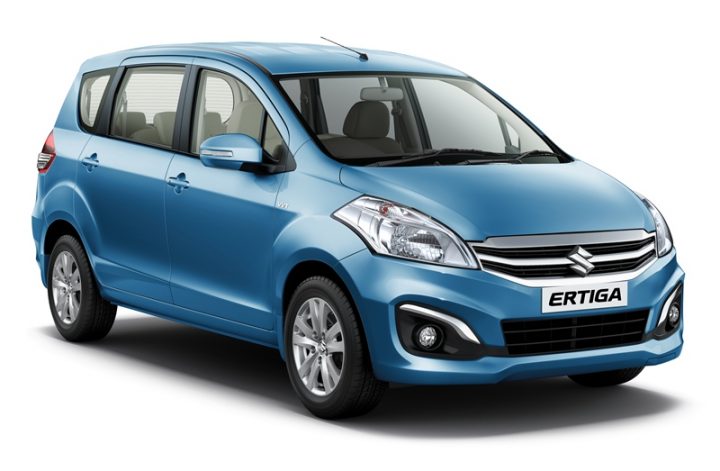 As is evident from the images here, the Ertiga 2015 boasts of some minor styling changes. True to its style, Maruti Suzuki has gone ahead and bestowed a new chrome front grille and an updated front bumper on the Ertiga. The grille now runs between the headlamp and makes the car look wider. The bumper gets some chrome highlights near the fog lamps and a re-sculpted air-dam. This is slowly becoming a standard practice with all Maruti Suzuki facelifts, adding chrome to the grille and bumper. A new set of alloys is the only change in the car’s side profile. On the inside, the Ertiga gets a dual-tone color theme for the dashboard, an upholstery change and additional equipment.

On the inside, the Ertiga remains largely unchanged. The only changes here are updated colour scheme and some additional features such as intelligent key and park assist. To summarize, the Ertiga facelift gets;

While the current engine options, which include a 1.4-litre, K-Series, four-cylinder, normally aspirated petrol motor and a Fiat-sourced 1.3-litre, Multijet, four-cylinder, turbocharged diesel engine, have been carried over to the updated model, the big news in the specifications department is the introduction of a diesel hybrid variant in place of the standard diesel currently on sale. Maruti has borrowed the mild hybrid tech  from the Ciaz SHVS diesel hybrid. This move seems logical since both cars utilise the same 1.3 Multijet diesel engine and Maruti will not be required to make any significant modifications to the technology for usage in the Ertiga. The other major update in the specifications department is the introduction of a 4-speed Automatic transmission that comes coupled with the petrol motor. 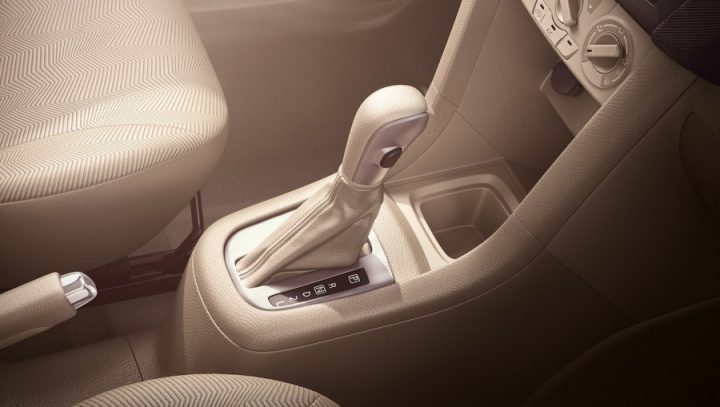 Much like the refreshed Swift, even the Ertiga facelift will boast of better fuel mileage figures! The car’s 1.4-litre petrol motor offers 17.50 km/l with the 5-speed manual and 17.03 kpl with the 4-speed automatic, and the 1.3-litre diesel motor delivers 24.52 km/l.

As we said above, the Ertiga will get some additional equipment. Here are the additions that have been made to the India spec Ertiga facelift-

The biggest highlight here, however, is the addition of Maruti’s much discussed SmartPlay infotainment system. SmartPlay made its debut on the Z+ trim of the Ciaz sedan and has also found its way into other Maruti models such as the S-Cross. The Ertiga benefits from this system on a new top-end Z+ grade. Here’s a list of all Maruti SmartPlay features –