Official word is finally out on the Hyundai MPV India Launch. Upcoming model could be based on the Hexa Space Concept

It has almost always been known that Korean auto major Hyundai Motor India Ltd. is planning to launch an MPV in our car market. While rumours on Hyundai MPV India launch date have been aplenty, it is only now that the carmaker has confirmed that it is readying a Maruti Ertiga rival for launch in 2016. Last year Rakesh Srivastava, Vice President, Hyundai Motor India Ltd confirmed the Hyundai MPV India launch. The brand has further stated that it has finalized the design for the upcoming MPV and that it will commence the production of the new vehicle next year. We expect to be greeted by a near-production model at the 2016 Auto Expo in February next year. This model, when launched, will rival the likes of the Maruti Ertiga, Honda Mobilio and Renault Lodgy. Check out our detailed report here for all the available Hyundai MPV India launch details – 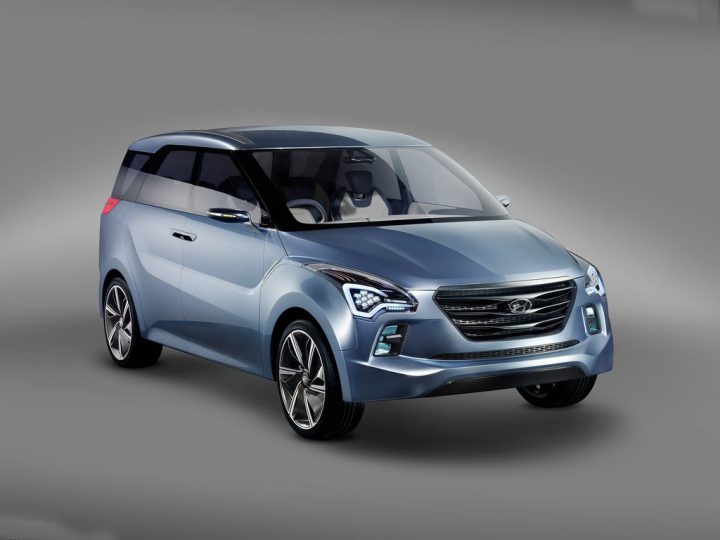 Here is what Mr. Srivastava has said about the MPV’s launch – “We will launch a compact SUV next year. We will also bring an MPV, but that will not be before 2016.” The MPV could be showcased at the 2016 Auto Expo followed by a launch soon afterwards.

While the price of Hyundai’s upcoming MPV will be announced only at the time of its launch, our guess is that the new model will go on sale for a starting price of INR 7-8 lakhs (ex-showroom). This will put it directly in the price bracket of the Maruti Ertiga which will be its chief rival. As we saw with the Creta, this MPV could come in premium higher spec trims which could easily cost around INR 10-11 lakhs.

It is being said that the upcoming Hyundai MPV will be based on the Hexa Space Concept that was showcased at the 2012 Auto Expo, New Delhi. The upcoming model will feature the second generation of the very popular Fluidic Sculpture design, which should bring in elements like swept-back headlamps, an aggressive front grille and a high attention to detail. However, the recent spy shots reveal an exterior that looks exactly like the ix20 that was unveiled some time back. The Hyundai MPV for India will be a bit different and will come with seven seats and take design inspiration from the Hexa Space concept as well as the ix20.

It is highly probable that the upcoming model will share its engine options with the current generation Hyundai Verna. It is being speculated that the MPV will get the 1.4 litre petrol and diesel motors from the sedan to keep costs in check and also, they will be powerful enough to take on the Ertiga. The 1.6 litre engines and an automatic transmission could also make it to the MPV but at a later stage. The new MPV will share its platform with the Hyundai Creta SUV albeit in a modified and a more cost effective guise. It will also share components with multiple Hyundai products to keep costs in check.

As we said earlier, the Hyundai MPV for India could rival the top-end variants of high-selling models like the Maruti Suzuki Ertiga and Honda Mobilio. Also, the Hyundai MPV will rival the Renault Lodgy and the upcoming Toyota Innova Cross. The next generation Toyota Innova will be much more expensive than the current model and hence, will be placed in a different segment.

Stay tuned to CarBlogIndia for more on Hyundai MPV India launch and other related details.