Suzuki Motorcycle India Private Limited (SMIPL), a wholly owned subsidiary of the leading Japanese bike manufacturer giant Suzuki Motor Corporation, Japan, has released a new version of its Hayate executive commute motorcycle. Christened as the new Suzuki Hayate EP, the new motorcycle will go on sale later this year and will make its public debut at the fast approaching Auto Expo 2016. The new 2016 Suzuki Hayate EP will help its manufacturer to further establish itself in the ultra competitive executive commuter segment and the new motorcycle carries a set of updates to make the Hayate brand more alluring to the bike buying lot. Read on to find about the new 2016 Suzuki Hayate EP Price, Mileage, Features and Specifications. 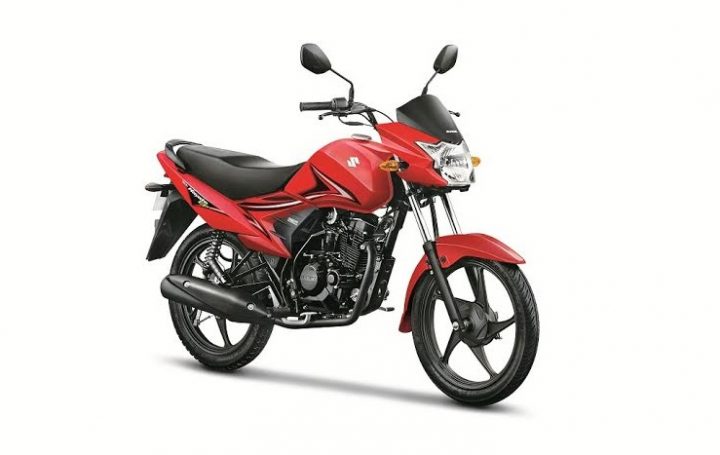 As we said, the new 2016 Suzuki Hayate EP launch will take place before the advent of next fiscal, which means that in all likelihood, the model could go on sale soon after its public debut at the Auto Expo 2016.

The new 2016 Suzuki Hayate price is yet to be announced and the price list for the Hayate EP will be out only at the time of the launch. However, the manufacturer has stated that the new model will go on sale before the end of current financial year.

Powering the 2016 Suzuki Hayate EP is a 113cc single-cylinder, air-cooled motor that belts out a max. power of 6.3 bhp and a peak torque of 9.3Nm. The engine comes mated to a four-speed manual gearbox. Suspension duties are courtesy of conventional telescopic forks at front and 5-step adjustable twin shock absorbers at the rear.

On the features front, the new motorcycle gets –

Talking on the release of the new motorcycle, Mr. Masayoshi Ito, Managing Director, Suzuki Motorcycle India Private Limited (SMIPL), said “The all new Suzuki Hayate EP appeals to every modern Indian rider. Our engineers and designers have worked very hard to give the Hayate EP superior fuel efficiency without compromising on pick-up. Added to that, the unmatched riding comfort of the Hayate EP makes it an ideal ride for daily commuters. We are confident that the new Hayate EP will be very well received in the market.”