The Honda Civic needs no introduction. However, the earlier generation Civic that was sold in India was marred by low levels of localization. Hence, the ever-fluctuating rupee-yen equation led to many price hikes. Also, lack of a Diesel engine option also worked against the car. Now, however, a source of ours informs us that the new Honda Civic India launch could take place soon after the advent of next financial year. 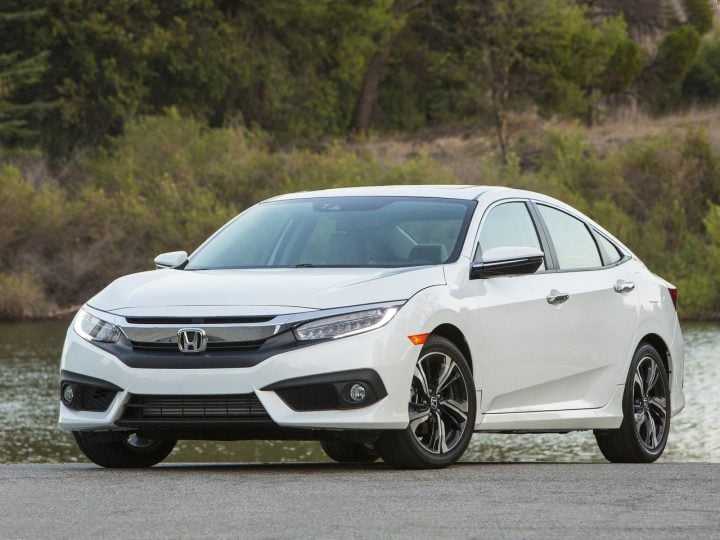 The 2016 Civic has been on sale in several markets and rumours of its India launch surfaced on its launched in Thailand earlier this year. The car has also been launched in Malaysia and we have compiled all the important details in this post here. So read on for all the available details on new Honda Civic India launch date, price, specifications and images.

Honda Cars India plans to launch the new Accord Hybrid around November, 2016. The latest Accord made its India debut at the 2016 Auto Expo and rivals the Toyota Camry Hybrid. However, even after the launch of the new Accord, there will still exist a wide gap between the City and the Accord and the CR-V. This is where the Civic can help Honda.

The new Honda Civic India launch could happen around April, 2017. Honda Cars India is not having a really great run of late. Save for the City sedan, which was recently overtaken on the sales charts by the Maruti Ciaz, none of their models have been a success story. Even the Amaze, which found some takers, failed to have a detrimental impact on the Dzire’s sales performance. Honda Cars India now plans to improve its sales performance by bringing in new models. 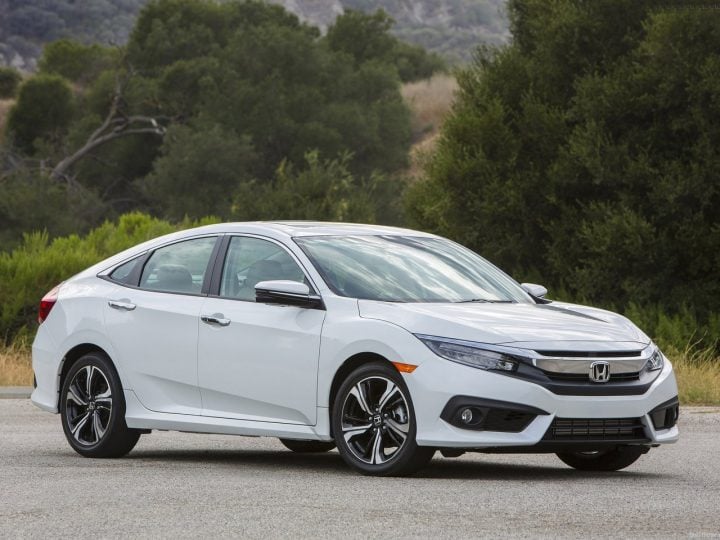 The Thai plant will supply CKD units to India. India will get the new Civic with a Diesel heart as well. India-spec 2016 Civic could be powered by the City’s 1.5-litre Diesel unit. It could otherwise also get the much acclaimed 1.6-litre EarthDreams engine. India will also get the 1.8-litre Petrol engine for the Civic.

Honda Cars India has not yet made an official announcement on the price of the new Civic. However, the new Civic Diesel will cost roughly INR 15 Lakhs. The Petrol model would cost a lakh lesser. Honda hasn’t been known to price its cars ultra-competitively. Hence, chances are slim that the new Civic will have a ground-breaking pricing in India. . 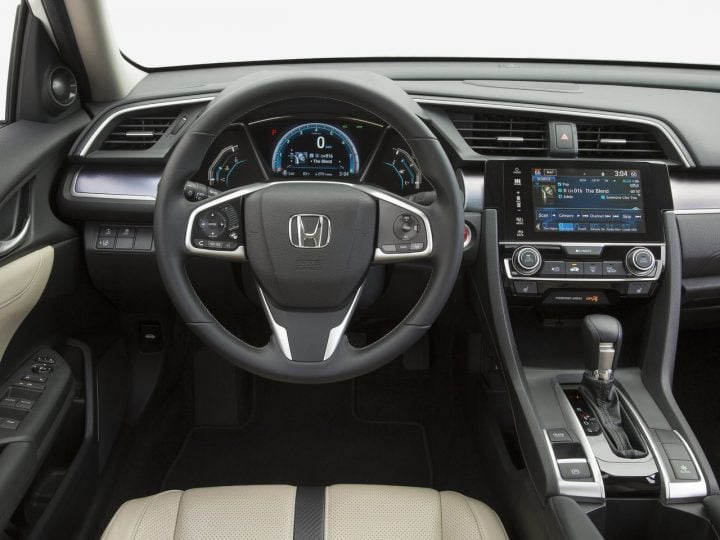 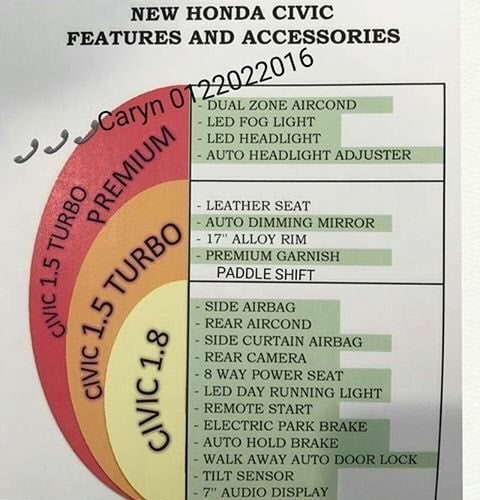 The India-spec model is likely to get all these features.

The Civic will come with a Diesel heart as well. The Civic would share its Diesel engine with the City. However, this 1.5-litre iDTEC Diesel engine has received a lot of flak for lack of refinement and a mediocre performance. This makes us believe that Honda Cars India might decide to bring in the 1.6-litre EarthDreams iDTEC Diesel engine for Civic. The 1.5-litre oil burner available in India has been derived from this very 1.6-litre unit but the latter benefits from high levels of refinement and performance.

As seen in the new Honda Civic images below, the 2016 model Civic boasts of a notchback-like rear-end and not a conventional 3-box design. While the new Civic does look modern and stylish, this unconventional rear design might not go down very well with the prospective customers.

Talking about the interior, the new Civic gets well-styled panels and a seemingly interior space. However, it doesn’t have the kind of ‘space-age’ effect that the cabin of the earlier Civic first had on us.