Honda Two Wheelers India has ended a very aggressive 2015 with the launch of the CB Hornet 160R. Following its divorce with long-time partner Hero, the Japanese auto giant took upon itself the task of overtaking Hero to become the largest selling two-wheeler brand in India. And they figured the best way to do that is to adopt an aggressive product strategy which led to a slew of new product launches, the last of which is the Honda CB Hornet 160R. First showcased sometime back at the RevFest, the Hornet replaces the slow-selling CB Trigger and sits above the Unicorn 160 in the manufacturer’s product portfolio. Here’s our new 2015 Honda CB Hornet 160R Review for all the dope on the latest Honda motorcycle in India.\ 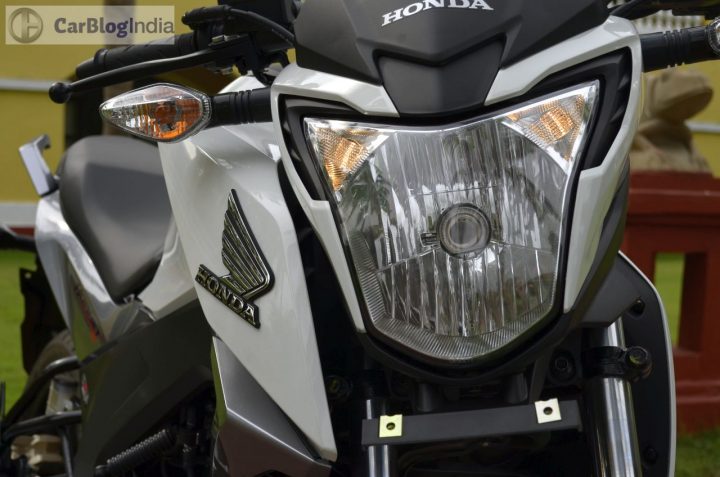 The new CB Hornet 160R looks nothing like anything we’ve seen from HMSI so far. It boasts of a brawny, ‘street-naked’ design, and the latest Honda motorcycle finds itself flexing muscles alongside the likes of the Yamaha FZ-S and the Suzuki Gixxer. Highlights of the front-end design is stylish headlamp, which gets a minimalistic that comes adorned with faux air vents. The main highlight of this bike’s design, however, has to be the chiseled fuel tank, which, along with the fuel tank extensions, lend a very muscular appeal to this bike. The eye-catching detail of the rear-end is an attractive tail-lamp that gets a X-motif. Overall, this bike is high on street cred and is definitely among the most attractive motorcycles in its segment.

Other highlights of this bike’s design include – 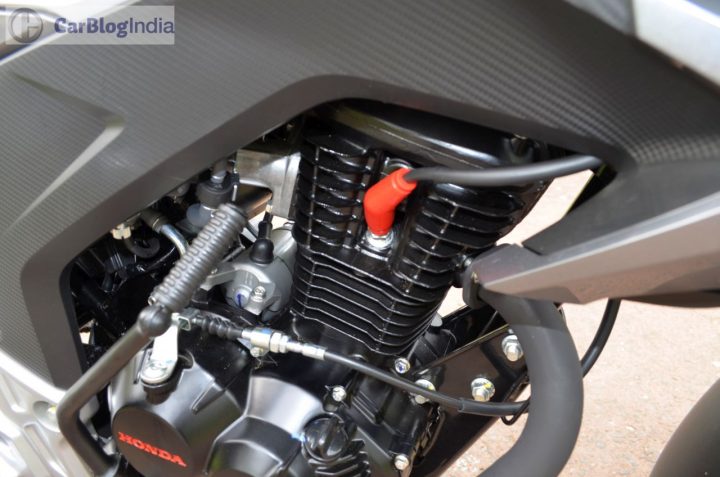 The CB Hornet is powered by the same 162.7 cc engine as the Unicorn, but differs in terms of specifications. The single cylinder motor produces max. power of 15.67 bhp and peak torque of 14.76 Nm. It will also feature Honda’s HET which will help boost fuel economy. Transmission duties will be handled by a 5-speed transmission.

We’ve always absolutely loved the smooth performance and the high refinement levels of Honda engines, and the Hornet’s motor is no different in this aspect. The 162.7 cc motor also boasts of a strong low-end grunt, which means that his bike is pretty quick off the block. Even the mid-range performance is strong and it’s only when you approach the top of the rev-range that the performance starts trailing off rather rapidly.

As specified, the new Honda CB Hornet 160R boasts of an ARAI-rated fuel efficiency of 58.95 km/l. In read world conditions, too, one is expected to easily achieve around 45-50 km/l under normal usage. 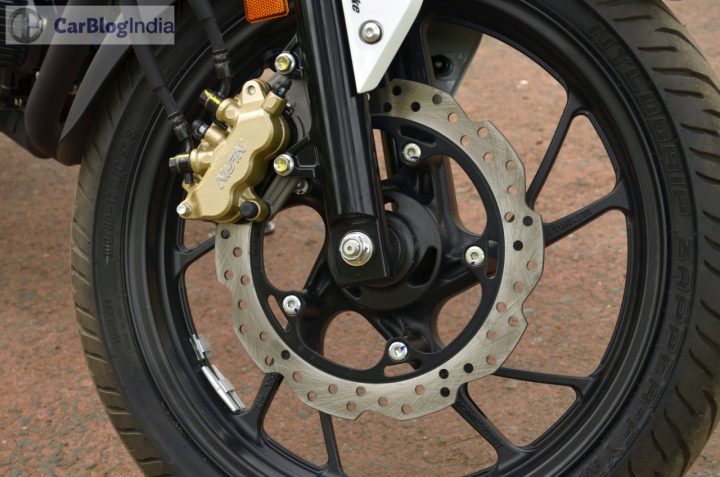 The new CB Hornet 160R gets conventional telescopic forks up front and a monoshock suspension at the rear. Unfortunately, our ride of this motorcycle was restricted to just a few kilometres and hence, you’ll have our final word on this motorcycle’s ride, handling & braking only in our comprehensive 2015 Honda CB Hornet 160R review. However, our initial impression is that the bike benefits from a decent ride quality, which is something that we’ve come to expect from all Honda bikes in India. Also, the wide tires ensure that there’s ample grip on offer when attacking corners at speeds. The CB Hornet 160R gets petal disc brakes at both the ends, which, along with grippy tires aiding traction, help this bike shed speed really quickly.

The new Honda CB Hornet 160R has a lot going for it. For starters, it comes with traditional Honda strenghts – a smooth engine, good ride quality and the assurance of high reliability. And then, there’s a really tasty bodywork, which makes the CB Hornet 160R among the most stylish products in its segment. True, it could have done with a wee bit of additional power and features like an engine kill switch, but these niggles apart, the latest Honda motorcycle looks all set to become the next big thing in its segment.

Stay tuned to Car Blog India for a detailed 2015 Honda CB Hornet 160R review and other news and features.