The Japanese two-wheeler manufacturers turned a blind eye towards the Indian premium motorcycle segment over the past few years. Besides being the next door neighbour, the Japanese brands like Kawasaki, Suzuki and Honda failed to launch their premium offerings in the nation. This lack of interest was well capitalised by other premium brands like Harley Davidson, Triumph, Ducati etc. such western brands quickly deployed their best of machines and established another market in the nation. “Better late than never” Kawasaki India realises the increasing quench for premium motorcycles in Indian customers and have started introducing premium models in the nation now. Lets us take a look at one of the most interesting bikes from Kawasaki in 2018. 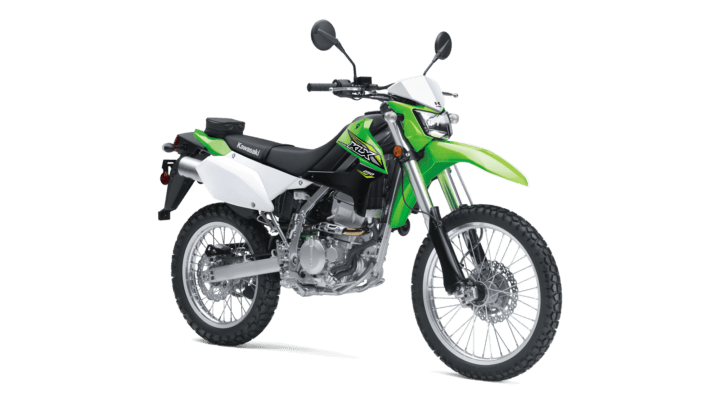 The upcoming 2018 Kawasaki KLX250 will join the already available KX450F, KLX450R, KX100 and KX250F that are already on sale in India. These are pure off-road machines meant to speed around dirt tracks and were mostly being used by racing teams yet as they are not road-legal and can be used only on purpose-built circuits. Also, these dirt bikes are imported as CBU making them super expensive hence lacking the value for money its competition cashes on. The upcoming 2018 Kawasaki KLX250 will be the first offering from Kawasaki to be road legal offering its customers an opportunity they have missed out for long. The Hero Impulse is the closest thing we’ve had when it comes to road dirt dirst bikes. The launch of the KLX250 will literally mark the start of a new era with the KLX250 being the first dirt bike to be launched in India.

The upcoming 2018 Kawasaki KLX250 is the first dual-purpose bike the be launched as a road legal bike in the nation. The new bike from Kawasaki is expected to be showcased at the upcoming 2018 Auto Expo with the formal sales starting later this year. Kawasaki plans to import the dual-purpose bike through the CKD route assembling it locally. This measure will definitely keep the price in check and consider the engine is a single pot unit, the taxes levied on the bike would be less as well.

The 2018 Kawasaki KLX250 was launched in the US market in Spetember last year. The dual-purpose bike features a single cylnder 249 cc DOHC egnine with liquid cooling and fuel injection. Kawasaki has not released the power out figures of the engine yet. The powerplant will be offered with a 6-speed gearbox powering the rear wheel via a chain-type final drive.

The upcoming 2018 Kawasaki KLX250 features KX-inspired bodywork, full digital instrumentation and fork protectors. Cycle parts on the KLX250 include fully adjustable suspension for both front as well as the rear. The front features a 43mm inverted catridge-style fork while the rear gets a gas-charged Uni-Trak monoshock. Considering the KLX250 is a dual-purpose bike, the front wheel travels for a massive 255mm and the rear isn’t far behind at 230mm. Stopping power comes from 250mm disc brake at the front and 240mm disc brake at the rear.