All New Volkswagen Polo – All You Need to Know!

The all new Volkswagen Polo 2018 is finally out and the all-new Polo (Mk6) looks all set to repeat the success story of its predecessors. Yes, the car you see on this page is a complete model replacement for the current model and will soon launch in the European market. The new VW Polo 2018 is underpinned by the Volkswagen‘s much publicized MQB lightweight modular platform. For the record, the 5th-generation Polo is built on the relatively dated PQ25 platform. Other than the introduction of MQB architecture, the latest generation of the popular hatchback also boasts a fresher design, a new cabin, a set of modern engines and of course, many new comfort and safety features. The new Polo measures 4,053 mm in length, which makes the Mk6 the largest Polo yet. This also means that the new-age Polo won’t benefit from excite duty cuts upon its India launch, but more on that later. 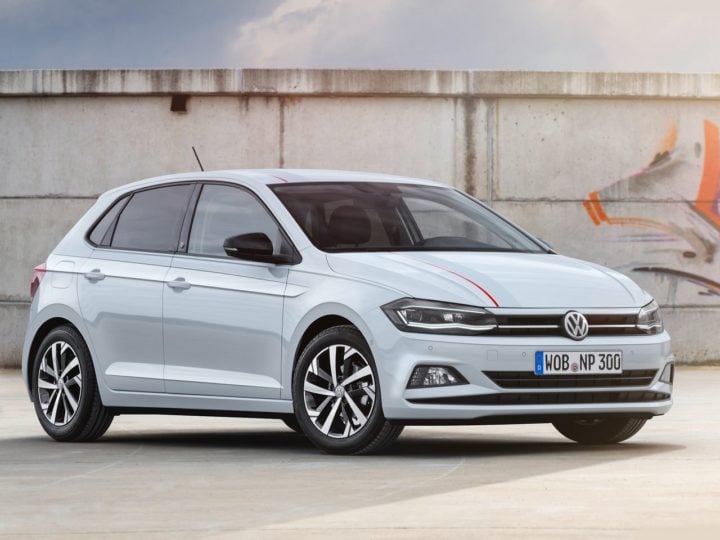 The all new Polo looks modern, but its design is more evolutionary than revolutionary. The design continues to boast straight lines and clean surfaces. However, the sheetmetal is all-new and the surfaces look tauter and the body lines look bolder. There’s also a hint of Golf in the way this car looks but it definitely feels a lot fresher and more attractive. The top-of-the-line GTi variant gets several bits, like larger wheels, honeycomb grille and a roof spoiler, that go on to make the new car look really sporty. The Mk6 Polo is all-new even on the inside. The interior gets a really modern cabin that is not only much more spacious than that of the current model, but is also more feature-laden and aesthetically more pleasing. Highlights of the features list include a touchscreen infotainment setup, a virtual cockpit from Audi(!) and autonomous emergency braking system. 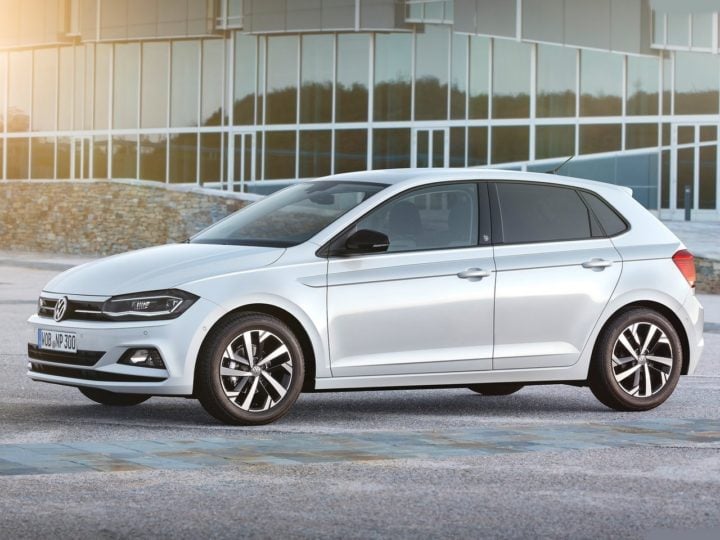 Like we said, the new Polo gets a range of new Petrol and Diesel engines internationally. The petrol engine options include 1.0-litre engines in both naturally aspirated and turbo formats. There’s also a 1.5-litre TSI that outputs 150 BHP. Diesel engines include Diesel options include a 1.6-litre unit in two power states. The all new Polo GTI is likely to get a 2.0-litre Turbo with a max. power of 197 BHP. It’s not for sure if the new Polo will make it to India, but in case it does come here, chances are it’ll continue to employ the current engines.

While the new Polo 2018 will launch in Europe by the end of this year, there’s currently no clarity on its India launch date. Rumours are rife that the Mk6 Polo will launch in India next year. However, we’re really not sure if the new model will make it to India. Going by the price sensitive nature of the small car market, VW India might find it unfeasible to launch the new Polo at a very competitive price point. Also, the new car is measures more than 4-metres in length, which means it misses out on the excise duty benefits. Hence, chances of the new 2018 Polo launching in India don’t seem to be too high. However, VW India might end up coming up with a new model based on the current India-spec model. 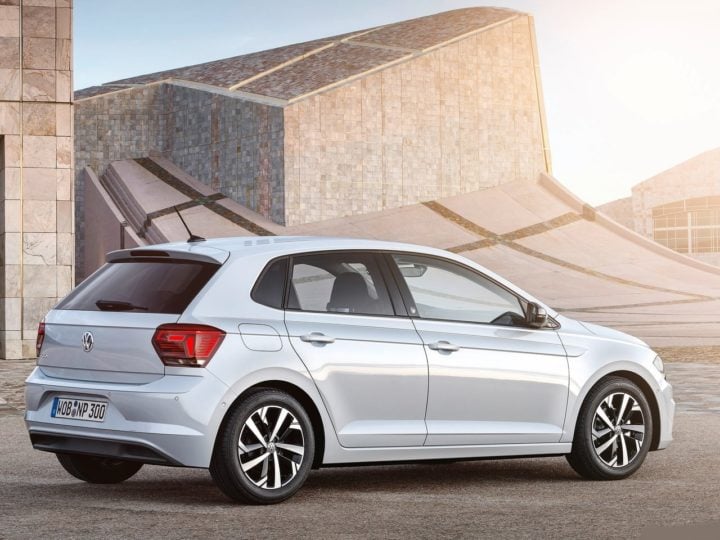 Like we said, it’s really not clear if the all new VW Polo is headed our way. Thanks to the MQ8 platform, new-age features and tech-laden engines, it doesn’t look like it’ll be feasible for VW India to bring this model to our shores. Instead, we are likely to get a new version of the current India-spec Polo. Hence, the upcoming Polo for us will be based on the PQ25 platform and measure less than 4-metres in length. It is likely to share its engines with the current model. The upcoming new model Polo is likely to launch in the Rs 6.00 lakh to Rs. 8.50 lakh price range.

Internationally, the new Polo 2018 will get a range of new-age Petrol and Diesel engines with displacement varying between 1.0-litres to 1.5-litres. It’s not for sure at the moment, but the all new Volkswagen Polo could also get a 1.4-litre TSI Petrol engine with a max. power of 140 BHP. The new 2018 Polo GTI will get a 2.0-litre TSI Petrol engine outputting 197 BHP. This engine will come from the fifth-gen Golf GTI. Transmission options will include a 5-speed manual, 6-speed manual and a 7-speed dual-clutch DSG automatic transmission. 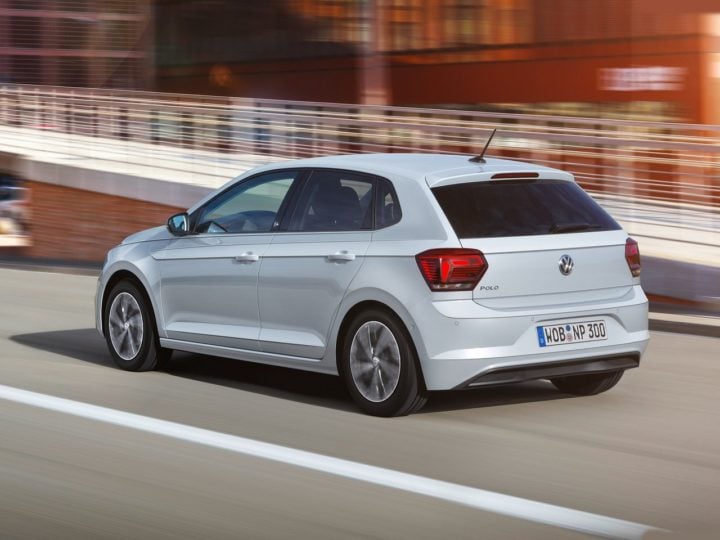 Thanks to a set of modern engines that are high on efficiency, the new Polo is likely to offer upto 20 KMPL, at least from its Diesel engine option. The 140 BHP Petrol engine is expected to deliver at least 15 KMPL. 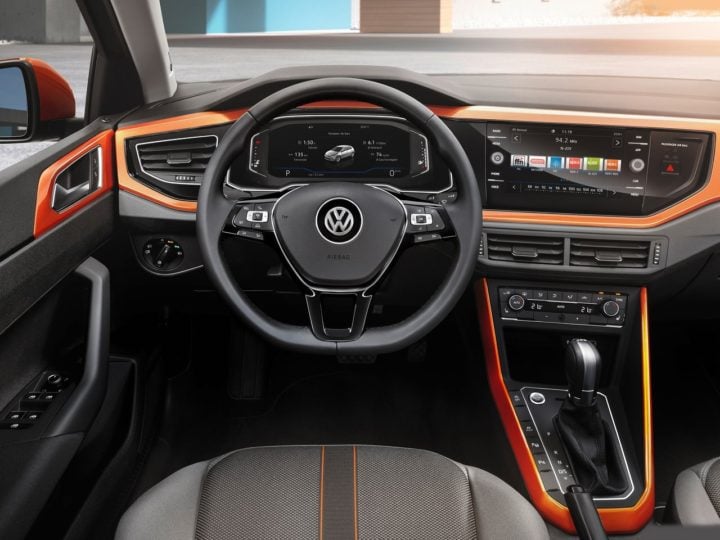 In a manner typical of Volkswagen, the exterior of the new Mk6 Polo hatchback are an evolution of the current India-spec Polo’s design. It getd a new nose with new bumpers and headlamps. However, the overall design, like the current car, featured clean straight lines. The new generation Polo is slightly bigger than the current India-spec model as well. It borrows design cues from the latest VW models such as the 2017 Golf and from concepts like the T-Roc and T-Cross Breeze. Premium bits like LED headlamps, LED day lamps and DRLs might be given a miss for the India market to keep costs low.

On the inside, the new 2018 VW Polo gets an entirely new design. The cabin takes some design inspiration from the T-Roc concept. It gets similar exterior body-colored inserts on the dashboard. Also, since the all new Volkswagen Polo 2018 is dimensionally bigger than the 5th generation model, it has more interior space. 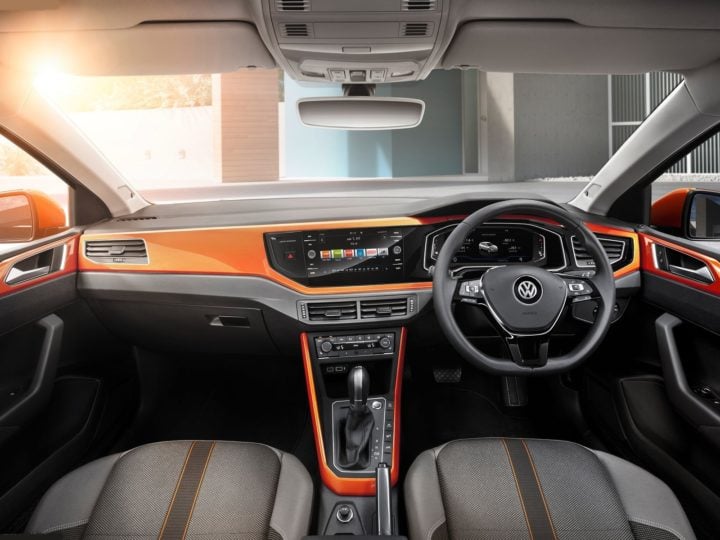 Stay tuned to CarBlogIndia for the latest news updates on the all new Volkswagen Polo 2018 launch date, price in India and other related details.