Ford Kuga India Launch, Price Expectations And Other Details – All You Need To Know

Ford Kuga compact SUV could launch in India soon. To keep the prices competitive, it is likely to use the same platform also used on the Mahindra XUV 500.

Ford India is planning to extend it SUV portfolio in India. Currently, it only has the EcoSport in the urban utility vehicle line-up. But as the segment grows and buyers looking to buy premium vehicles, we might soon see Ford launching the Kuga SUV in our country. We believe that if launched in India, it will use the same platform which also underpins the Mahindra XUV 500 according to a partnership between the two companies. This will help Ford keeping the prices in check. The Kuga will find its place above the EcoSport in the automaker’s model line-up. And hence, compete against the likes of Hyundai Creta, Mahindra XUV 500 and the Jeep Compass. 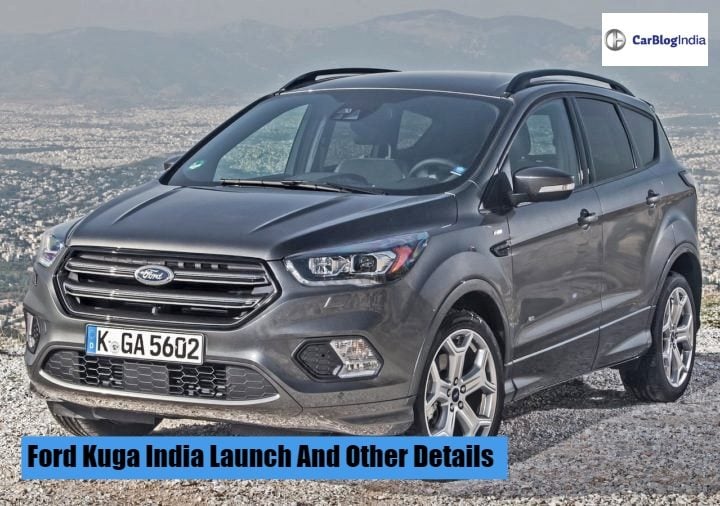 Ford India has been pretty tight-lipped about the Kuga’s India launch prospects. However, it’s almost for sure that the premium crossover has been undergoing road tests in India. If various rumours are to be believed, the Kuga could be launched in early 2018. Safely expect us to keep you updated on the Ford Kuga India launch details.

In India, the Kuga will find itself slotted between the EcoSport and the Endeavour. The Kuga will rival the likes of top-end Hyundai Creta at one end and base Tucson at the other. Ford is likely to promote the Kuga as a premium crossover rather than a rugged SUV. 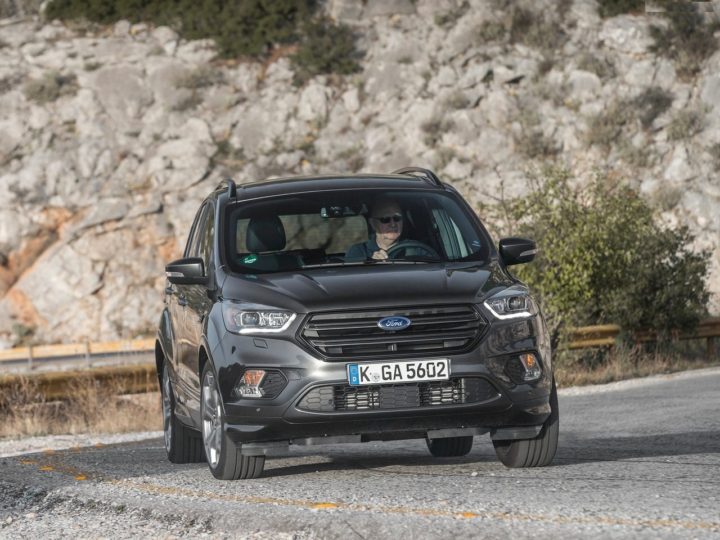 Powering the Kuga in India could be two engine options- a 1.5 L Turbocharged Petrol and a 2.0 L Turbocharged Diesel. Both these engines will come mated to a 6-speed Manual and 6-Speed Automatic Transmissions. The Petrol engine has a max. power-torque of 181 BHP-250 Nm. The Diesel engine outputs 147 BHP-370 Nm. Chances are India will get both FWD and AWD variants. 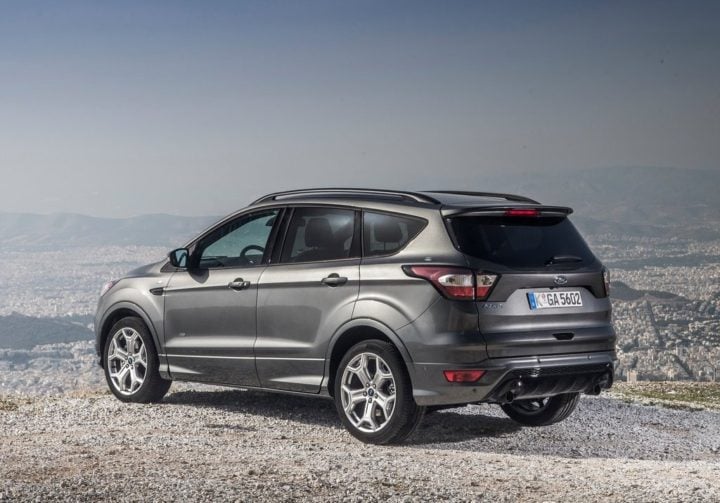 Expect the Diesel Kuga to have a fuel average of up to 18 KMPL. 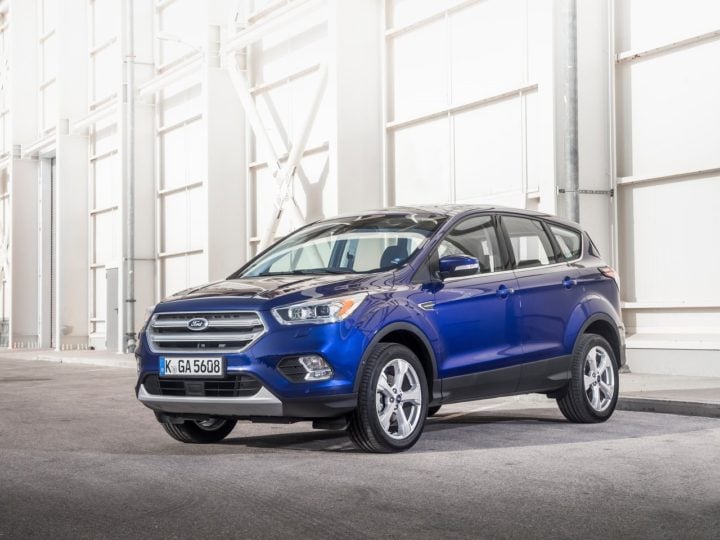 Akin to most Ford cars on sale in India, the Kuga will be high on features. Expect its features list to include- 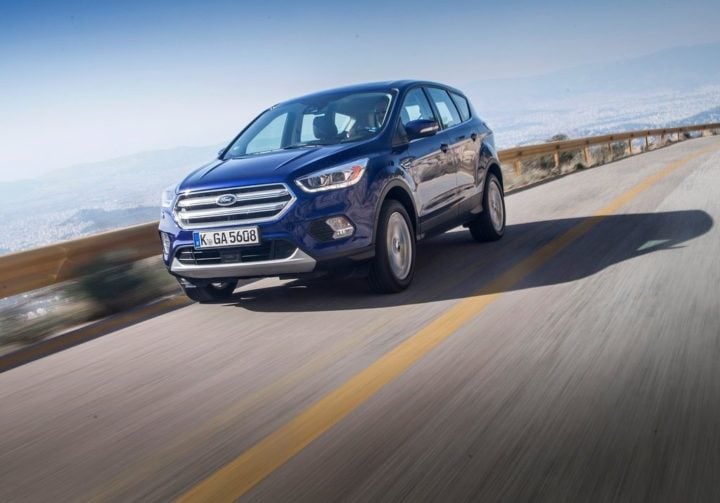 In terms of exterior dimensions, the Kuga is bigger than the Ford EcoSport but smaller than the Endeavour. It features Ford’s signature grille design flanked by sleek headlamps on either side. The headlamp unit features a projector setup along with LED daytime running lights. Towards the lower end of the bumper, there is a wide air dam with the fog lamp housings on either side of it. They also house the turn indicators. The window line rises ever so slightly and is complemented well by a strong shoulder line. At the back, there are split wrap-around tail lamps and twin tailpipes. Overall, the Ford Kuga has the appearance of a grown-up Ford EcoSport. 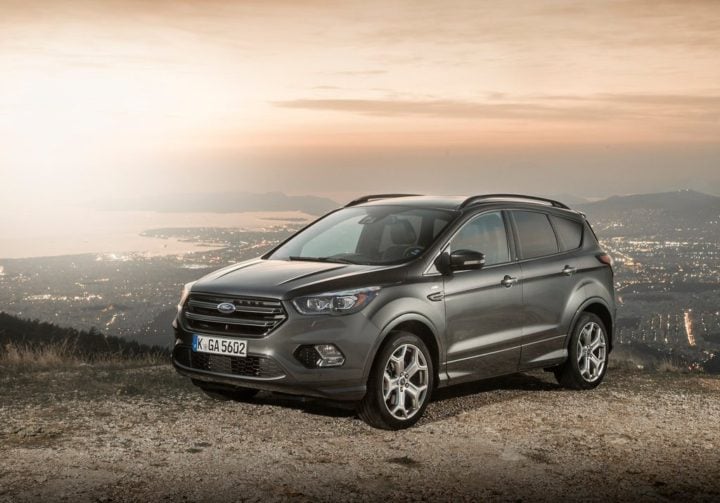 Like most Fords, the insides of the Kuga aka Escape are sporty as well. The steering wheel design is similar to what we have just seen on the new EcoSport. In fact, the EcoSport has borrowed it from the Kuga and not the other way around. There are hooded instrument dials with the fuel gauge and a colour MID placed in the middle. The centre console features vertical AC vents flanking the touchscreen AVN. It features split side passenger AC vents. The Ford Kuga offers to seat for 5 along with generous luggage space. 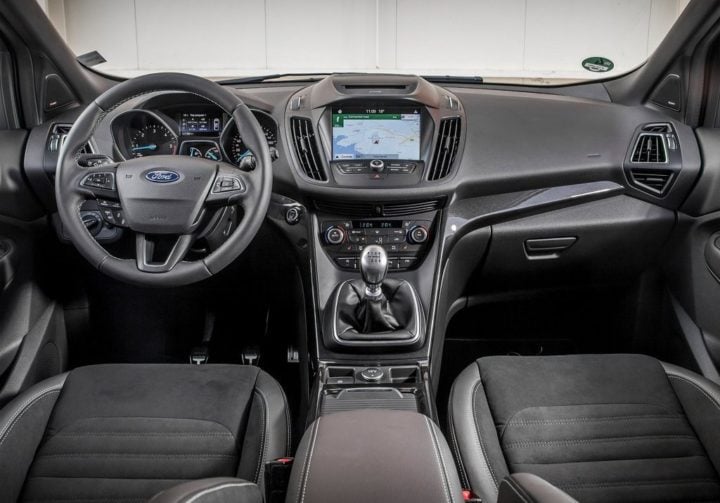 Stay tuned to Car Blog India for all the updates on the Ford Kuga India launch. Do you think Ford should bring the Kuga to India? Do let us know via the comments section below.