The Volkswagen Vento needs no introduction. Launched in the year 2010, this Polo-based sedan spearheads Volkswagen India’s charge in the ever-growing upper-C sedan segment and sweats it out against some formidable rivals such as the Honda City and the Hyundai Verna. The Vento is already in the fag-end of its career and all the updates that have been bestowed upon this sedan in the last couple of years have been attempts to infuse some freshness with this capable yet fast aging car. Car Blog India recently checked out a 2015 Vento to find out if the latest set of updates have made this car sufficiently potent to keep the fresher competition at bay. Find all about the refreshed car in our 2015 Volkswagen Vento review here – 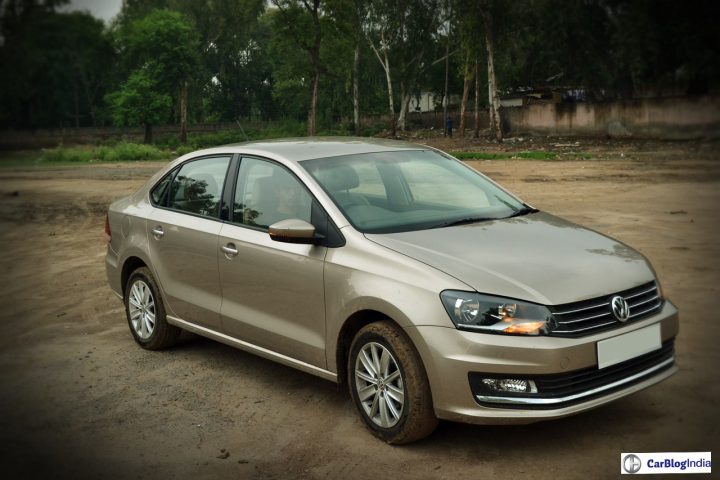 The Volkswagen Vento has always impressed us with its clean and uncluttered design. True, the Vento isn’t half as flashy as, say, a Hyundai Verna, but this car is sure to appeal to a wide audience that prefers grace over flamboyance. In its latest iteration, the VW Vento boasts of a new nose that brings this car closer to the Jetta in terms of its aesthetic appeal. Part of the Vento’s botox treatment are a pair of new headlights, a refreshed bumper and a new grille that features three chrome-plated horizontal slats running across it. There’s also a slightly re-sculpted hood, which, if the manufacturer is to be believed, plays a pivotal role in making the car more aerodynamic than before. Changes to the rear are limited to a new motif for the taillights and a revised bumper. VW India understands our country’s love for chrome and you find a lot many shiny bits all around the car.

Unlike the exterior, which boasts of a handful of new elements, the cabin remains largely unchanged. There’s a new upholstery though, which, together with bits like faux-aluminium inserts on the dashboard and a flat-bottomed steering wheel, bestow a premium feel on the interior.

Engine options for the 2015 Vento have been carried over from the earlier model, which means that the car can be bought with a 1.5-litre turbo-Diesel, a 1.2-litre turbo-petrol or a 1.6-litre NA petrol motor. While the 1.5-litre Diesel and the 1.6-litre engines come mated to a smooth shifting 5-speed manual transmission as standard, the smaller gasoline engine is available only with a very efficient 7-speed DSG dual-clutch gearbox. Additionally, the Diesel motor can be ordered with a 6-speed DSG as well. We drove the frugal but very potent 1.5-litre Diesel MT version and will restrict ourselves to writing about this engine variant in our 2015 Volkswagen Vento review here. 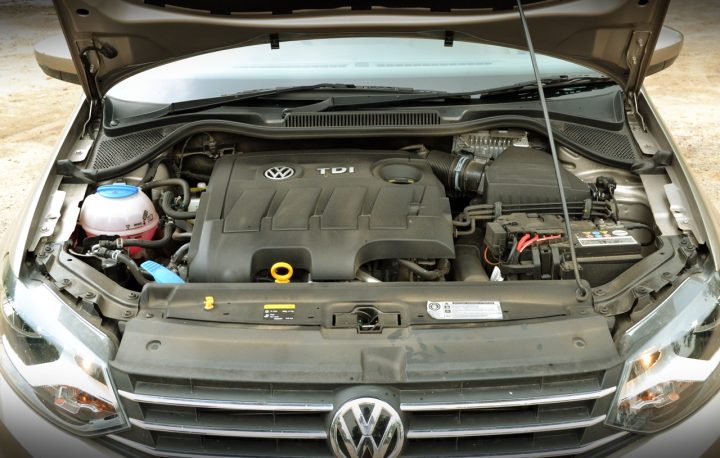 The engine has a max. power of 105 PS and is one of the sprightliest performers in its segment. True, there’s some turbo lag below 1300-1400 RPM, but there’s a lot of juice between 1500-2800 RPM. The engine scores well in terms of drivability too, and can chug along at speeds of 40-50 km/h in fourth gear almost effortlessly. Gearshifts are smooth and the cogs are well spaced out. We are yet to drive the 6-speed DSG-equipped variant, but we are pretty sure that the AT variant, thanks to the brilliant dual-clutch transmission and a punchy motor, would be a hoot to drive. Even the manual transmission variant offers high levels of driving pleasure, but we have always believed that these TDI engines and DSG transmissions make for the most successful of marriages in the automotive sphere. The NVH levels, however, are slightly on the higher side and the diesel clatter filters into the cabin rather freely during idling. The 2015 Volkswagen Vento Diesel MT boasts of an ARAI-rated fuel economy of 20.64 km/l. 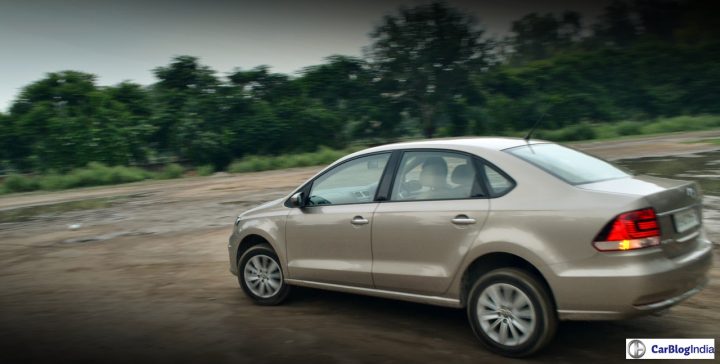 You really can’t go wrong with the Vento in this aspect! The Vento gobbles up most of the craters and undulations with ease and even the biggest of the potholes don’t seem to upset the composure of this car. The Vento loves to be thrown into the corners too and we believe that this alone makes this VW among the most fun to drive cars in its class. There’s always enough grip on offer and the steering is highly communicative. Also, the body roll is conspicuous by its absence, which makes the car even more confidence-inspiring during those apex hunting moments. Overall, it would be safe to say that the engineers at Volkswagen have struck a right balance between a comfortable ride and sporty handling characteristics.

The Vento has been, without a doubt, among the most capable cars in its segment. True, it doesn’t have the flamboyance of some of its rivals, but thanks to impressive driving dynamics, powerful engines, and a clean and an uncluttered design, this VW still has a lot going for it. And the latest facelift does enough to spruce up the styling and enable the Vento to soldier on for another couple of years. Look no further if a no-nonsense upper-C segment sedan is what you’ve been looking for. 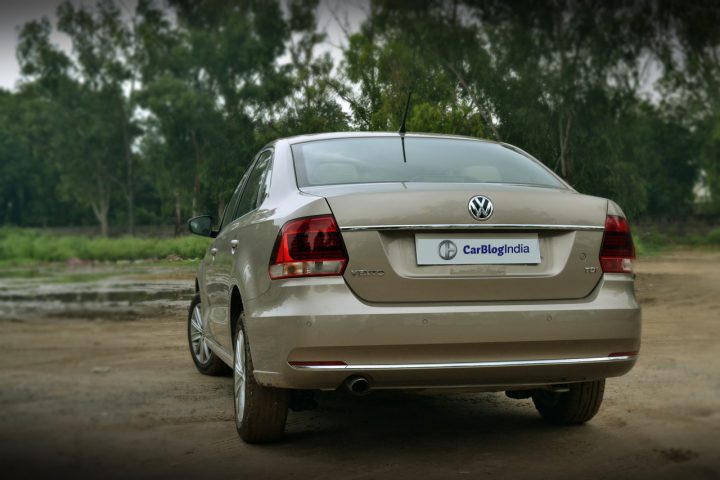 Stay tuned to Car Blog India for more reviews. Also, what do you have to say about our 2015 Volkswagen Vento review? Do share your views by penning them down in the comments section below.