Honda‘s successful Amaze compact sedan has just got its first makeover since its launch here in India. The Amaze has managed to stay ahead of its major rivals such as the Hyundai Xcent, Ford Figo Aspire, Tata Zest, etc over the past few months. However, the Dzire still remains miles ahead in terms of sales and in a bid to close the gap to the Swift based compact sedan, Honda has launched an updated version of the Amaze at an official event in New Delhi today. The Honda Amaze facelift features an updated exterior and completely new interior along with a longer list of features. The biggest update, however, is the new CVT Automatic transmission for the petrol model. The 2016 Honda Amaze facelift costs INR 5.29 lakhs (base Petrol) and INR 6.41 lakhs (base Diesel) while the new 2016 Honda Amaze Automatic is priced at INR 6.6 lacs. Here are more details on the new 2016 Honda Amaze price, features, specs, interiors and more. 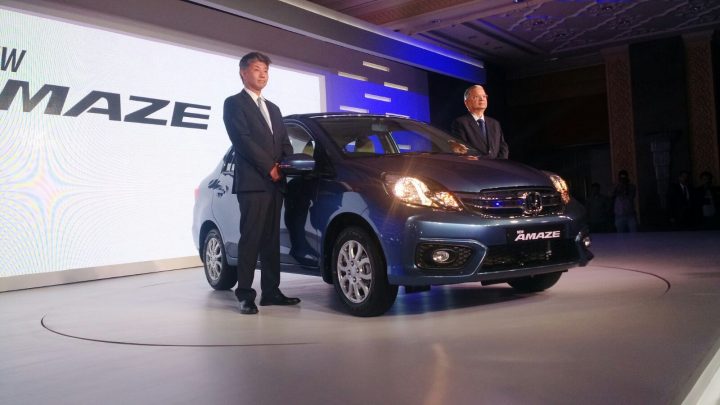 Deliveries of the updated model will commence in May and you can contact the nearest Honda Cars India dealership to book yourself a test drive of this car. You can also possibly strike a bargain on the current model with dealers who still have the leftover stock of the pre-facelift Amaze. The Honda Amaze facelift, akin to the model it replaces, rivals models like the Maruti Dzire, the Hyundai Xcent, the Tata Zest and the Ford Figo Aspire. 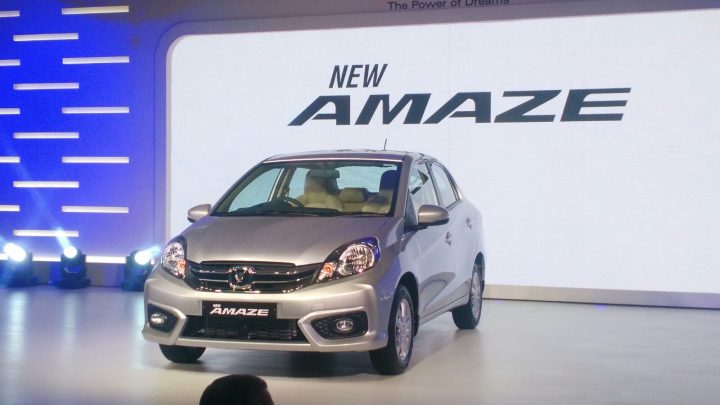 The Amaze facelift feature a slightly redesigned nose and tweaked taillamp detailing. The front end gets a new grille with thick chrome slab, and new, Mobilio-like detailing on the front bumper. The tail gets new combination lamps which feature revised detailing. Other than the aforementioned changes, the rest of the car remains identical to the current model, which isn’t such a bad thing considering its is easily one of the better-looking compact sedans out there.

The Honda Brio and its derivatives have been criticized heavily for their odd-looking, low-rent interior. The Amaze facelift addresses this issue and comes with a totally revamped cabin, which is more in line with Honda’s premium offerings such as the City and the Jazz. Everything, apart from the steering wheel, has been redesigned. The new 2016 Honda Amaze gets a new instrument cluster and a new dashboard layout with piano black and silver highlights. Here are the highlights of the new Amaze’s cabin and interior features – 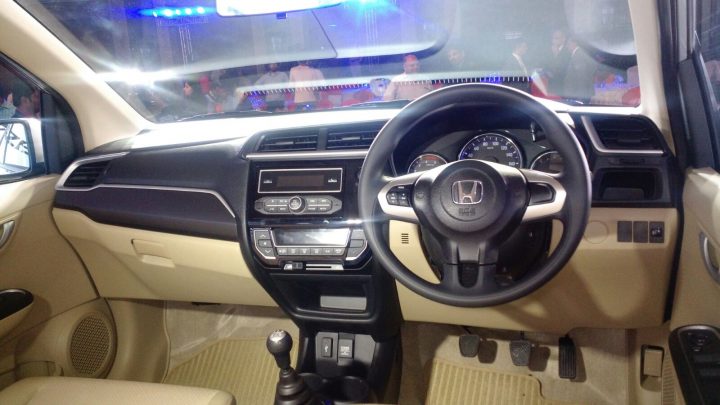 The 2016 Honda Amaze continues to be powered by the same 1.2-litre petrol and 1.5-litre diesel motors as the current model. However, the petrol model now gets a new CVT that is far more frugal and a better performer than the earlier Automatic gearbox. The new 2016 Honda Amaze Automatic (CVT) has an ARAI-certified fuel mileage of 18.1 km/l.

The Amaze might’ve enjoyed a good run so far in the market, but new entrants have managed to take customers away from the Brio-based sedan. The facelift comes in at a good time and should help the Honda Amaze stay fresh and appealing in a fiercely competitive segment.