So the 2017 Nissan Terrano facelift is finally here, and it comes with several new features to attract prospective small SUV buyers. The icing on the cake, however, is the fact that the 2017 Terrano costs the same as the pre-facelift model, which means all the new features have been introduced at no extra cost! Check out our post here to find out all the differences between the pre-facelift and the new car. So read on for our new 2017 Nissan Terrano vs Old Model comparison- 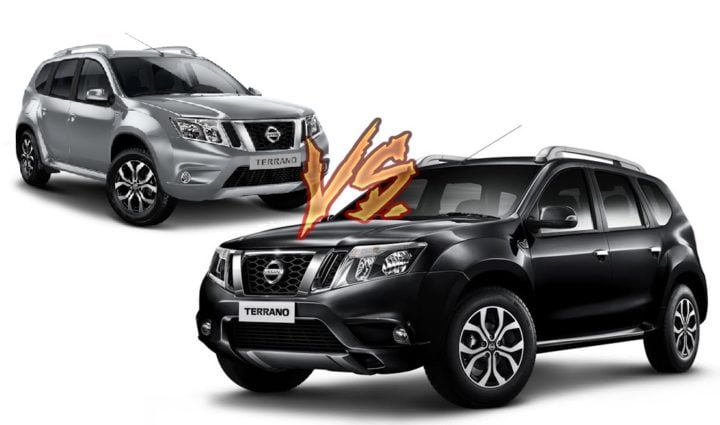 Nissan India claims the 2017 Terrano sports 22 new features. That said, the exterior is almost the same as earlier, with only difference being the introduction of LED DRLs that sit on the front grille.

As can be seen in the price list above, there is absolutely no difference in the prices of the facelift and the pre-facelift models. Prices of the 2017 Terrano start at Rs 9.99 Lakh. The top-end Terrano model, which gets 22 new features, costs Rs 13.60 lakh.

Even when it comes to specifications, there’s absolutely no difference between the facelift and the pre-facelift models. Akin to the earlier Terrano, the new 2017 model comes with three two engine options – a 1.6 L naturally aspirated petrol and a 1.5 L turbocharged Diesel, which is available in two states of tune. While the lower models get the 85 PS version of this oil burner, the high-end models get this engine in a 110 PS state of tune. Also, the top-end model gets a 6-speed Manual Transmission (even a 6-speed AMT) instead of a 5-speed gearbox on all other variants.

As the specifications remain the same, even the fuel mileage figures are the same as earlier. The Diesel model has an ARAI-test fuel mileage of 19.87 KMPL, while the Petrol model enjoys a max. fuel efficiency of 13.21 KMPL. 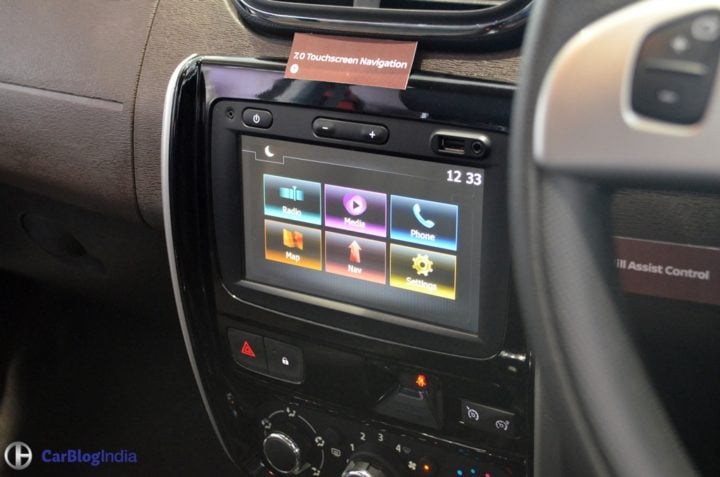 As we said, the new Terrano 2017 comes with 22 new features. The most significant of these are listed above.

So, what do you say about our new 2017 Nissan Terrano vs old model comparison here? Do share your views in the comments section below. Also, stay tuned for more such comparison stories.