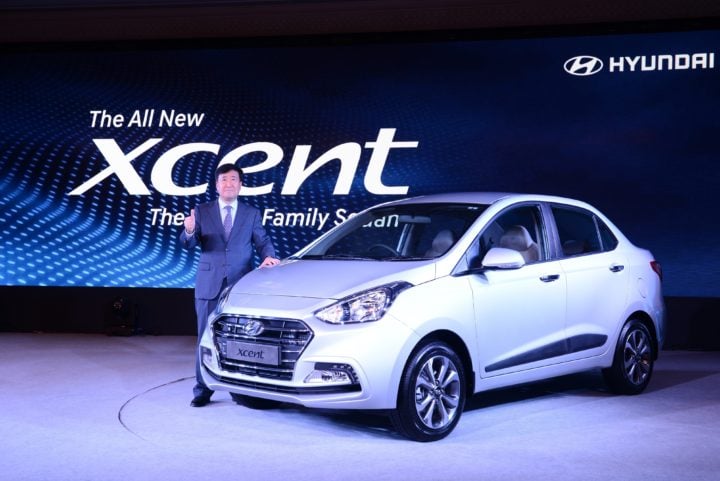 As you can see in the new look 2017 Hyundai Xcent’s price list above, prices start at Rs 5.38 lakh. At this price point, the Xcent continues to lock horns with mainly the Maruti Dzire and the Honda Amaze. It’s worth a mention here that the Dzire about to receive the next generation model. Hence, it became all the more important for Hyundai to bestow a facelift upon the Xcent. While the base models of the new Xcent are cheaper than earlier, the top models have become considerably costlier. 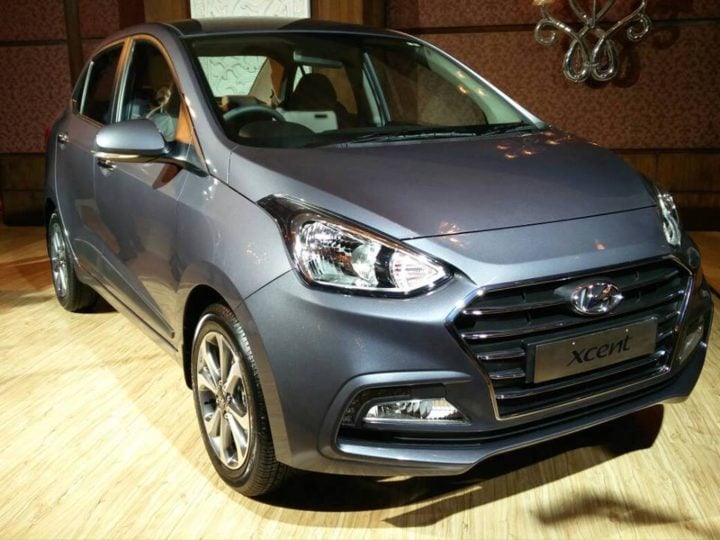 As can be seen here, the new look Hyundai Xcent 2017 is slightly more frugal than the previous model. While the petrol engine variant has an ARAI mileage of 20.14 KMPL, the Diesel model has an average fuel mileage of 25.4 KMPL.

The new look Hyundai Xcent 2017 facelift is available in 5 trims- E, E+, S, SX and SX(O). While the base model is now called the ‘E’, the E+ is a new trim. Here are all the details on the features-

2017 Hyundai Xcent E+ and above trims also get-

2017 Hyundai Xcent S and above also get-

2017 Hyundai Xcent SX and above also get-

The E trim gets only hub caps. Earlier, the Base Xcent came with full wheel covers. The S trim no longer comes with 1 GB flash memory. It also loses out on Driver seat height adjustment. The SX and SX(O) trims no longer come with electro-chromo Mirror (ECM) and cluster ioniser for the automatic climate control. Interestingly, mid-level models of the facelifted Xcent don’t offer the smaller 5.0-inch touchscreen system offered in the Grand i10.

The new 2017 Xcent facelift comes with the above colour options! 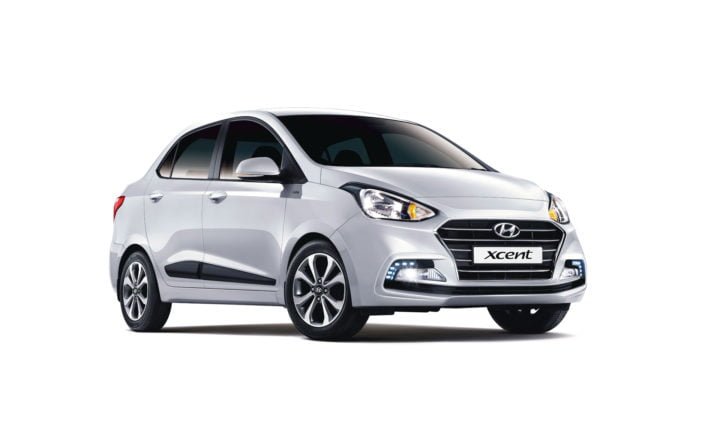 While the front-end of the pre-facelift Xcent looks much like that of the pre-facelift Grand i10, the new look Xcent’s nose is not identical to that of the 2017 Grand i10. It gets a slightly different front grille, which, in our opinion, will have a mixed response from the audience. Apart from the new grille, the car also gets a set of DRLs next to the new fog lamps. While we are not too pleased with the car’s front-end look, the rear-end does look better. Thanks to the new design taillamps, the Xcent now looks wider and more premium than ever. The rear bumper is also new. 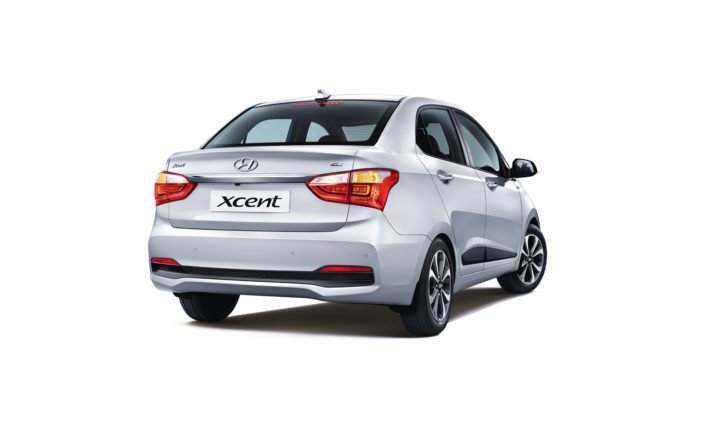 Other additions could include a new set of alloys and chrome detailing. We’ll be able to give you more details once we get our hands on spy shots of the upcoming 2017 Hyundai Xcent facelift.

On the inside, the new look Xcent facelift looks much like the pre-facelift model. As you can see in the image here, the cabin of the new 2017 Xcent is almost identical to that of the earlier model. However, for the latest facelift, it gets some additional equipment, which includes a new touchscreen infotainment system. This unit supports Apple CarPlay and Android Auto. The cabin is as spacious as before and boasts the same levels of quality and fit and finish. 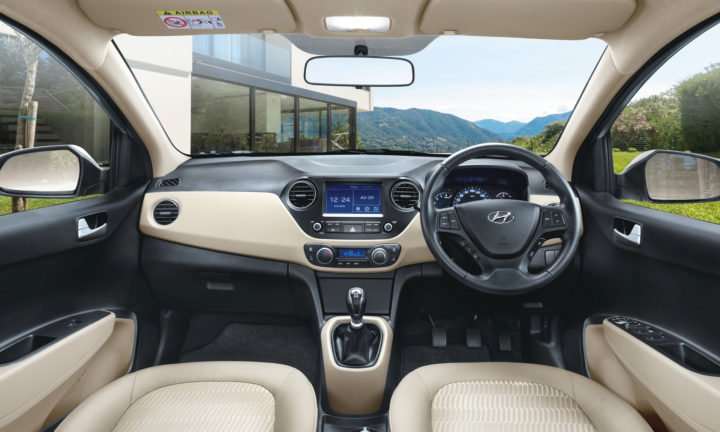