Toyota To Launch An “Affordable SUV” aka Toyota Rush In India Soon?

Toyota is considering to launch either the Rush or the CH-R in India soon.

At the 2018 Auto Expo, Toyota showcased the Yaris mid-sized sedan. This marks the Japanese automaker’s second attempt at taking on the biggies like the Maruti Ciaz, Honda City and the Hyundai Verna. That said, Toyota is well known for its robust SUVs, rather than its sedans. Getting up on this vibe, we expect that the Japanese automaker might launch the Rush compact SUV or the CH-R in India. The launch of either one of these has been confirmed by none other than the Toyota India MD Akito Tachibana, who in an interview with TOI shared that the company is planning to launch an “Affordable SUV” in India soon. He also said that the company has absolutely no plans to develop anything from a scratch. 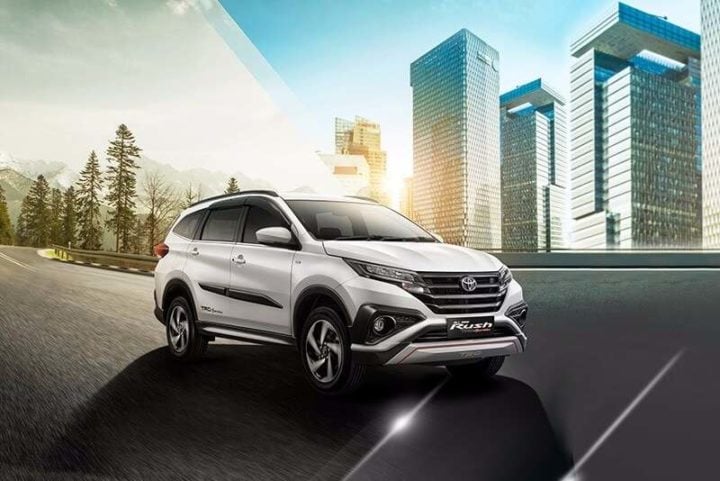 The Toyota Rush is more of an MPV on stilts featuring seven seats and has been successfully selling for years in the South East Asia region. We Indians have been looking forward to its launch for quite some time now as the Rush does look like a great product in the INR 10-15 lakh price point. On the other hand is the latest entry by Toyota in the compact SUV department i.e. the CH-R. The compact SUV features futuristic design elements both inside and out. The Toyota CH-R is the less favoured of the two products as the average Indian customer looks for value for money and a vehicle offering 7 seats against one offering 5 will almost always lose.

Toyota has been considering to launch the Rush in India for quite some time now and we expect the news of its arrival very soon. The new SUV will be priced between INR 10-15 lakh and will be substantially cheaper than the outgoing cheapest SUV by Toyota, the Fortuner, which ain’t so cheap anymore. The Toyota Rush actually take design cues from the Fortuner itself, the theme being brute yet modern. The Rush features seats for 7 passengers, which is something Indian families love. The SUV also hosts numerous features like 6-airbags, ABS, hill-start assist, LED headlamps, Automatic Climate Control, 7-inch touchscreen infotainment system amongst other features.

Talking to our friends at TOI, Toyota India MD, Mr Akito Tachibana said, “Globally we have some options in compact SUVs through models such as Rush and CH-R. We are considering what models could be more suitable for India.”

Stay tuned for more info on upcoming SUV by Toyota.