Volkswagen T-ROC SUV – All You Need to Know!

German car-maker giant Volkswagen recently released a video teasing the production-spec T-ROC SUV. The T-ROC SUV will launch in international markets towards the end of this year. Details on its India launch prospects are sketchy at the moment. However, going by our market’s affinity towards SUVs, the T-ROC just might make it to our shores. If and when launched here, the T-ROC will be priced lower than the new Tiguan SUV. Here, on this page, we’ve put together all the information on new Volkswagen T-ROC India launch date and price in India. 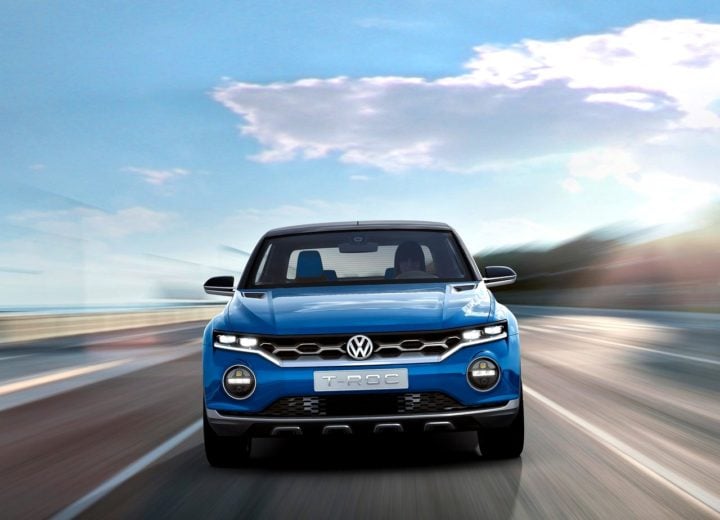 The new Volkswagen T-ROC SUV will find itself sitting between the new Tiguan and the T-Cross Breeze in the manufacturer’s product portfolio. Underpinning the T-ROC SUV is the much publicized MQB platform the VW group. The teaser video that you see below highlights this model’s off-roading prowess. Also, our guess is that the T-ROC will share some design cues with the Audi Q2. However, while the Q2 gets a coupe-ish roof-line, the T-ROC gets a flat roof. Other highlights of the T-ROC’s design include bold wheel arches, hexagonal grille, some chrome appliques, chunky headlamps, wide air-dams and sleek fog lamps.

Details on Volkswagen T-ROC India launch date are currently sketchy. However, the new SUV will launch in most international markets by the end of this year. Subsequently, the upcoming VW model could make its India debut at the 2018 Auto Expo. Finally, its India launch date could fall in mid-2018, probably around July.

In India, the T-ROC will find itself slotted below the Tiguan. The T-ROC could become a worthy rival to the likes of Hyundai Tucson and Jeep Compass. Prices in India could start at Rs 18 lakh and go all the way till Rs 24 lakh. 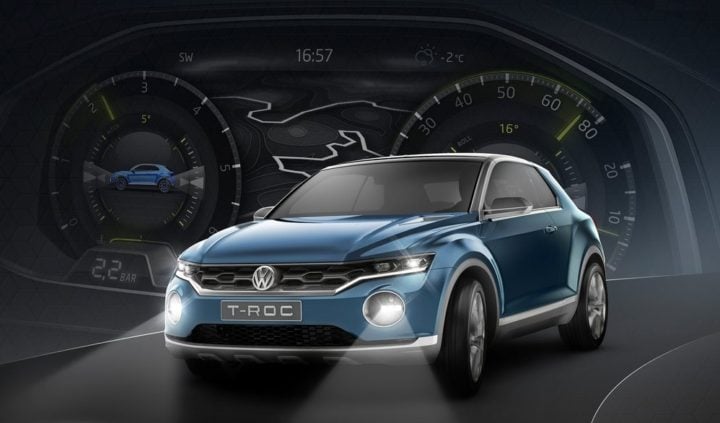 For India, the VW T-ROC SUV will offer a 2.0 L TDI Turbo Diesel engine that will come along with a 7-speed DSG automatic transmission. The engine outputs a max. power of 184 PS and a peak torque of 350 Nm. The T-ROC, being off-road ready, will come with Volkswagen’s 4Motion all-wheel-drive tech. It will also get ABS, Hill Start Assist and Hill Descent Control. Other engine options, which will be available abroad but might not make it to India, include a new 1.0 L Turbo Petrol 3-cylinder unit churning out 115 PS, a new 1.5 L Turbo Diesel and a high-strung 2.0 L TFSI Turbo Petrol outputting 242 BHP.

The Volkswagen T-ROC, thanks to its tried-and-tested 2.0 L TDI engine, can return an average mileage of upto 16 KMPL.

Underpinning the new T-ROC SUV is the VW Group’s MQB platform. This modern architecture also underpins the Tiguan SUV. The T-ROC could share many design cues with the upcoming Audi Q2 SUV. However, it will get a flat roof, typical of SUVs. In contrast, the Q2 has a coupe-ish roofline. Other than this, the nose of the T-ROC will be characterized by bits like a hexagonal grille with chrome garnish, chunky headlamps, a wide air-dam with honeycomb mesh and sleek fog lamps. 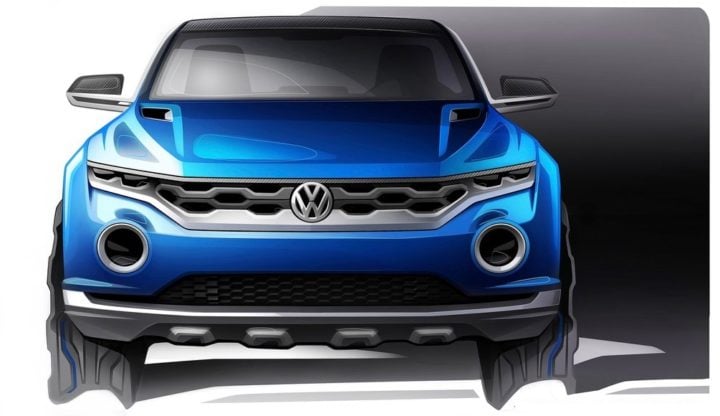 When seen in side profile, the bold wheel arches clearly stand out. The T-ROC SUV, while maintaining a typical Teutonic look, gets some bold creases and attractive alloy wheels. Highlights of the rear-end will include a large windscreen, large roof spoiler and LED taillights. The T-ROC concept features 3D LED lights.

While the T-ROC SUV concept gets a four-seater layout, the interior of the production-spec model will feature 5 seats. The cabin will be put together using high quality materials and will come with a long list of features. Chances are the interior will get a floating-effect dashboard that will hold a fully-digital instrument panel and a 9.2-inch touchscreen for the infotainment system. The car could also offer voice and gesture controls. The interior will also offer flexible seating layouts. 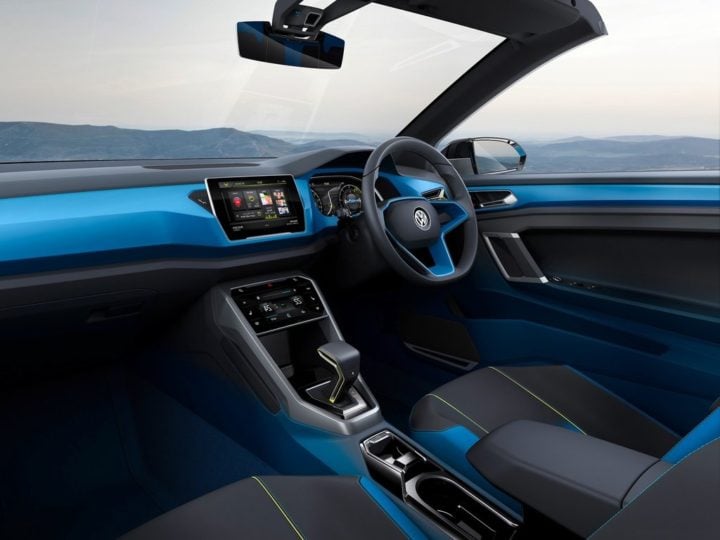