Indian luxury car buyers has been seeking the launch of the new 2012 BMW 3 Series launch for a long time now and the car is finally coming to Indian showrooms starting 27th July 2012. BMW India has released the official date of the launch as 27th July 2012 when the new BMW 3 series which is being promoted aggressively as BMW Ultimat3 will be officially launched and the priced will be announced. The history of BMW 3 series traced back to year 1975when the 1st generation of BMW 3 series was launched.

The latest one which we see on the roads is 5th Generation model which was launched in year 2005 and after July 27th 2012, it will be replaced by its modern 6th generation model, the 2012 BMW 3 series. There have been many publicity cars making rounds of major cities in India and we spotted some on the capital city Delhi as well. There are also displays of the car hidden under red coloured balloons as various public locations like shopping malls across India to crease a Buzz about the launch of the upcoming 2012 BMW 3 Series. 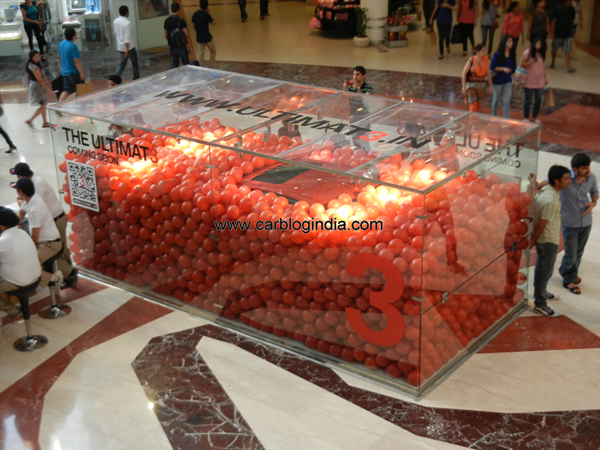 On a closer look we could easily spot the roofline of the car with the large sunroof and well known BMW roofline. BMW India is promoting the new BMW 3 series launch through its teaser website www.ultimat3.in and this website showcases the complete history of the BMW 3 Series sedan. 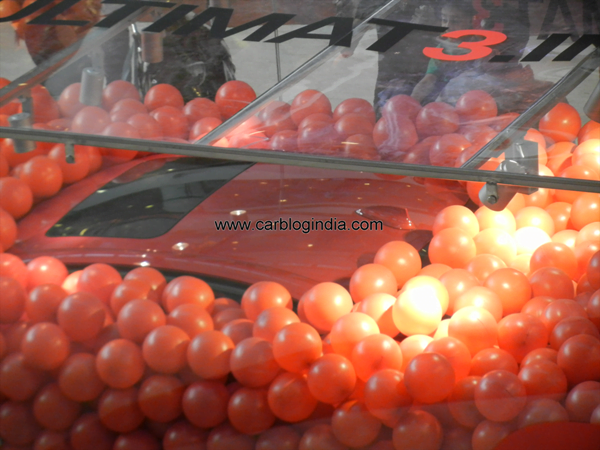 BMW 3 Series plays an important role in the Indian portfolio of BMW India, it is the most popular BMW in India in terms of sales after the popular BMW X1 which stays on the top spot of BMW sales numbers. With Audi India announcing its new Audi A4 few months back and challenging the X1 with Q3, its time that BMW starts playing its cards and bring its new offerings for Indian luxury car buyers.

You can check our previous article to check What Is New In New BMW 3 Series?

We leave you below with two interesting videos related to BMW history and BMW Ultimat3: