Pulsar RS 200 will get a new white paint shade

Bajaj Auto has been the company that introduced affordable sportbiking in India. Its Pulsar range of bikes have been the choice of many and now, the 200NS has got a stylish new sibling! Yes, the Bajaj Pulsar 200SS launch has taken place and the new model has been launched at a starting price of INR 1.18 lacs! According to reports, the Pulsar RS200 has turned out to be such a big hit with Indian customers that good chaps at Bajaj recently doubled the production to meet the high demand. Reports also suggest that the demand for the ABS version has also exceeded expectations with the ABS equipped version accounting for more than 50% of the total sales. Bajaj is expected to add a white paint option to the RS200 soon as evident from the pictures and video that was taken at a dealership recently. Here, in this post, we have come up with a detailed report on the Bajaj Pulsar RS 200 price, pics, features, top speed, specifications and all other details on the new Bajaj Pulsar SS 200, nay, the RS 200. 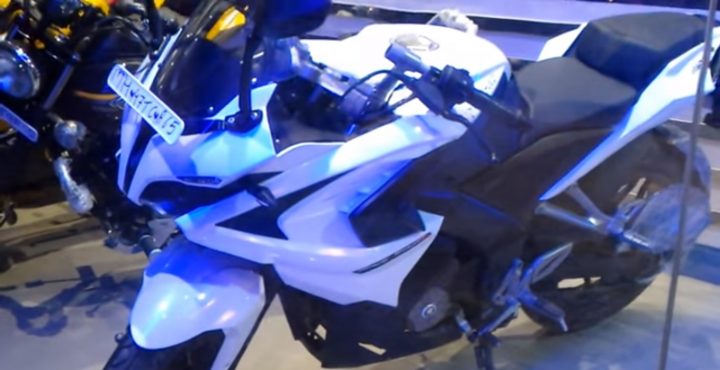 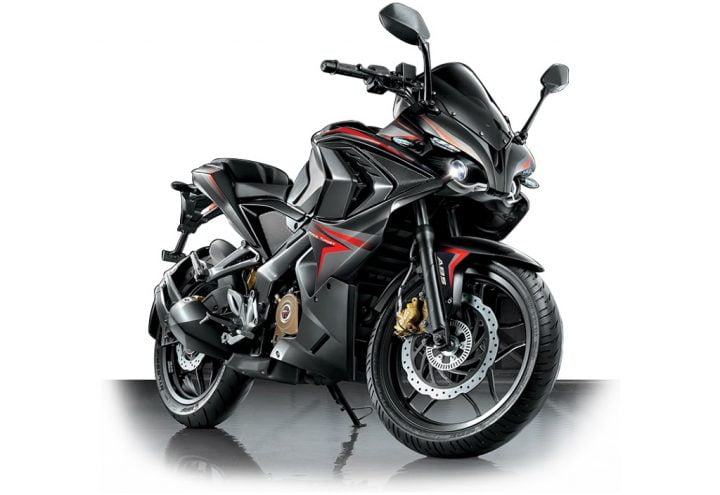 The Bajaj Pulsar RS 200 looks almost exactly like the SS400 concept that was showcased at the Auto Expo 2014. You may check out our exclusive images of the SS400 (above).

Up front, the bike comes with LED day-time running lamps. It is a love it or hate it design according to us, while it may look very edgy to some, others may find it too fussy. The full fairing of the bike will feature integrated turn indicators which would be borrowed from the Duke 200 and the bike will get a regular stubby exhaust instead of the underbelly exhaust of the naked sibling. The tail lamps would be LEDs as well. 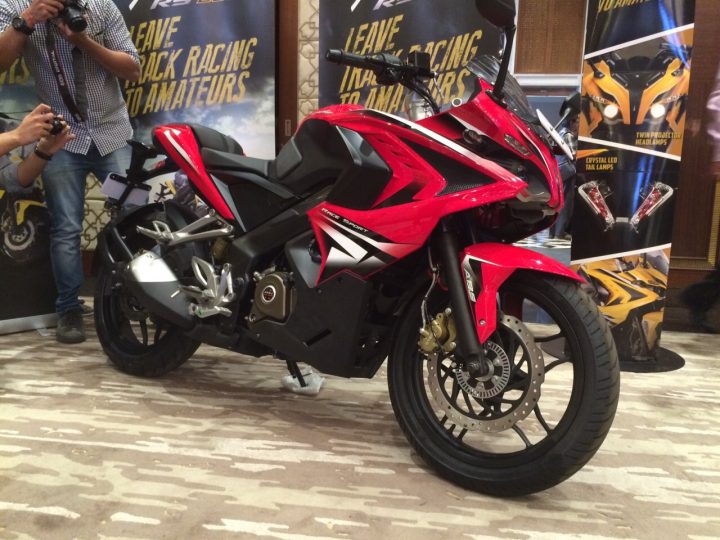 As part of a new marketing campaign titled ‘Fear the Black’, Bajaj has introduced a new colour scheme for the Pulsar RS 200 called ‘Demon Black’. This new paint scheme consists of an all black theme with red highlights. The Demon Black paint shade is available now without any hike in prices 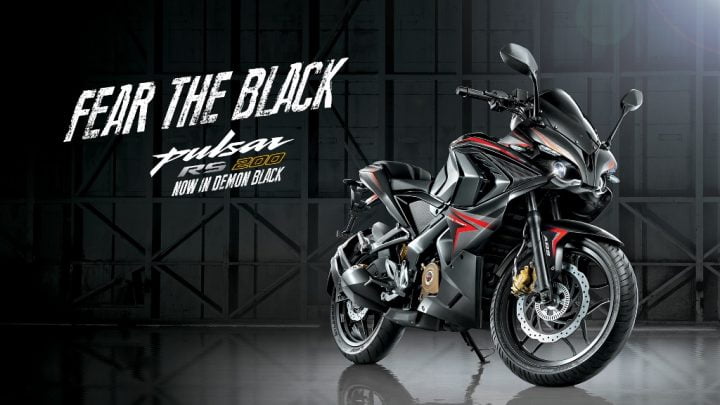 A black-painted Bajaj Pulsar RS 200 has been spotted at a dealership. It maybe noted that so far, the Bajaj Pulsar RS 200 has been available only in Red+White and Yellow+Black color combos. Now though, chances are that the Black+Golden paint scheme you see in the image above might be a dealer level offering. It maybe noted that Black has been the most popular color scheme among the Indian bike buying lot and hence, it makes a lot of sense for Bajaj to launch this color scheme.

The new motorcycle is powered by a 199.5cc engine that has a maximum power of 24.5 PS@ 9,750 rpm and have a peak torque of 18.6 Nm @8,000 rpm. The engine boasts of fuel injection and further benefits from liquid cooling. It comes mated with a six-speed manual gearbox. The bike tips the scales at 165 kgs and has a fuel tank of 13-litres. It gets conventional telescopic forks up front and a mono-shock at the rear. The RS 200 has 17-inch mag wheels that come shod with 100/80-spec tyre up front and a 130/70-spec tyre at the rear. The front wheel gets a 300 mm disc brake, while the rear gets a smaller disc of 200 mm. The bike also gets a single-channel ABS from Bosch.

We would love to read your thoughts on the bike, do comment in the comments section below!