Bajaj Pulsar NS160 is one of the sportiest looking bikes from Bajaj Auto. The Naked Sports bike was recently spotted with a disc brake. The prices of the bike start from Rs 82,624 (ex-showroom Delhi). Read ahead to get the price, mileage, top speed, specifications and other details of the bike.

Even if it is a sports bike, Bajaj will continue to keep its mileage better than its rivals. Same is the case with the Bajaj Pulsar NS160. According to Bajaj Auto and the figures, NS 160 is the most powerful 160cc bike. Plus good mileage. However, the feature list stops the NS 160 from becoming an all-rounder. It comes with Split Seats, Semi Digital Speedo, Clear-lens Indicator Lenses, Auto-cancelling Indicators, Pass Light, LCD Speedo Console and Back-lit Switchgear. But, misses out on ABS as well as rear disc brakes. The disc brake and ABS come in most of its competitors. However, recently, it was spotted at a dealership with a rear disc brake. At a price of Rs 82,624 (ex-showroom Delhi), it competes against Gixxer, Apache RTR 160 4V, CB Hornet 160R and Yamaha FZ-S FI. 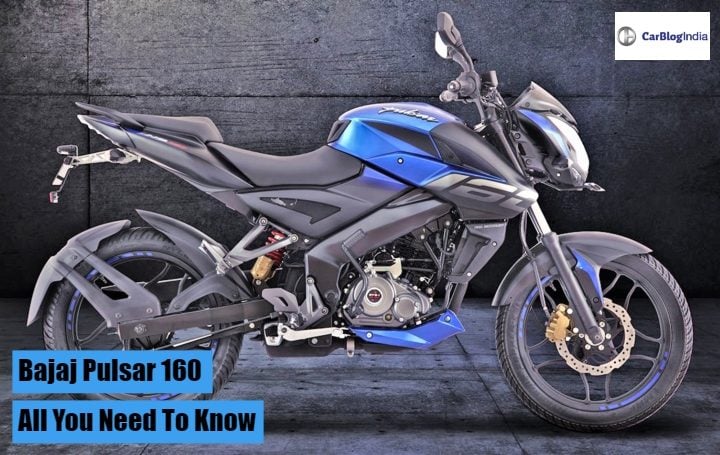 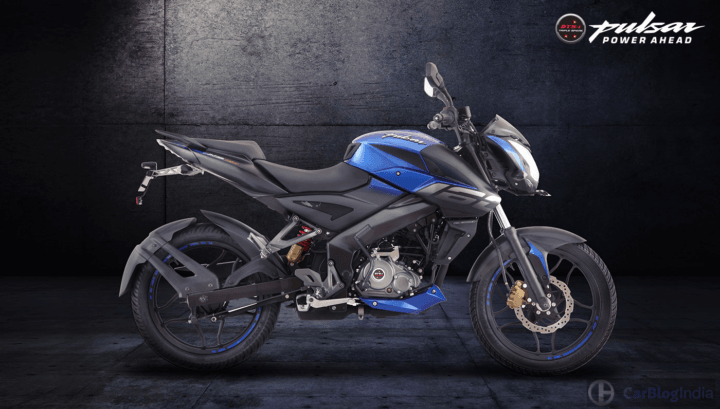 
The NS160 is likely to offer a max. mileage of 60 KMPL. In an urban environment, safely expect the new motorcycle to offer a mileage of at least 50 KMPL. The new motorcycle’s engine should offer a high refinement along with a high mileage. It is estimated to give a riding range of 650 Kms on a full tank. The approximate top-speed recorded on the bike is 112 Km/hr and bike should boast a 0-100 KMPH time of just about 15 seconds. 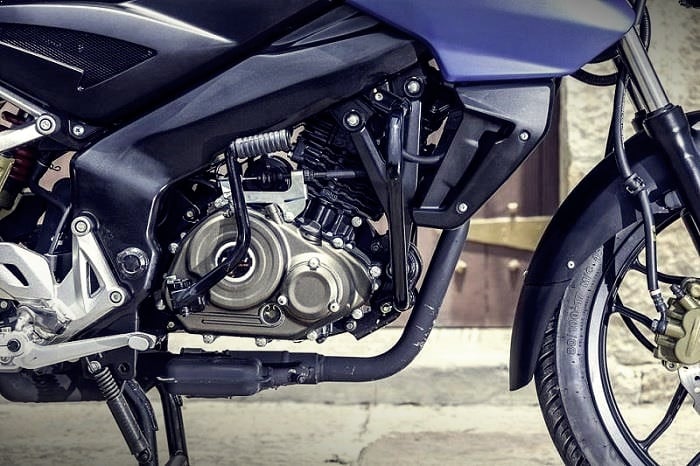 The new Bajaj Pulsar NS160 offers a long list of features. Basically, the new motorcycle gets almost all the features that are offered on the NS200. The highlights of this bike’s features list include- Stylish 17-inch alloys, monoshock suspension at the rear and semi-digital instrumentation. Other features are-

The bike gets conventional telescopic forks with Anti-Friction Bush up front and a Nitrox monoshock absorber at the rear. For brakes, it uses the 240 mm disc brakes in front and 130 mm drum brakes in the rear. It misses out on ABS, which some of its competitors offer. It gets the Perimeter Frame type chassis.

The Pulsar NS160 looks much like its elder cousin, the NS200. This means the new Bajaj Pulsar motorcycle offers a street-naked design and looks really bold and aggressive. The fuel tank of the new bike gets large cowls for some added muscle. The engine and the alloys are painted in a dark shade, which further enhances the premium-ness of this bike. The new motorcycle comes with conventional hydraulic telescopic forks at the front and a monoshock suspension at the rear. The monoshock springs have been painted red, which gives a sporty touch. The new bike offers a sporty split seat setup. The bike also gets split grab rails. The turn indicators have a clear lens and have an attractive design. The LED taillamps look really sporty and have the typical Pulsar family look.

Even the new NS160’s fuel cap looks much like the one you can find on the NS200. It gets a similar brushed Aluminum finish and has an aircraft-type LID. The instrument cluster is a semi-digital unit and has a large analog tachometer that is complemented by a digital speedometer. The bike further gets a sporty handlebar that has a clip-on style. The bike gets an exposed chain with a plastic cover on the top to prevent the chain lubricant from soiling your trousers. The Aluminum-finished foot-pegs lend a sporty touch.

The new Bajaj Pulsar NS160 is available in five colors-

The current competitors for the naked street bike are TVS Apache RTR 1604V, Honda CB Hornet 160R, Suzuki Gixxer and Yamaha FZ-S. The bike misses out on ABS which Hornet and Gixxer offer. Also, RTR 1604V and Hornet offer some more features than the Pulsar. However, thanks to Bajaj’s economical and fuel-efficient engine, a lot of people would consider this.

Stay Tuned to CarBlogIndia for more updates on the Bajaj bikes. Also, read more to know about all the cars and bikes in the market.