Check Out This Modified Royal Enfield Scrambler ‘Cobra’ by Dochaki

Bike customization is increasingly becoming popular in India with a number of workshops carrying out such modifications. There are some really good examples of customised motorcycles out there and we have come across one such example- Pro Street Scrambler- Cobra. It is a Royal Enfield Thunderbird 350 customised along the lines of the ‘scrambler’ format by Pune based Dochaki Designs. They were also kind enough to provide us with pictures and information regarding the Cobra, which is a tribute to the legendary Shelby Cobra and consists of a number of design elements inspired by the car. Here, in this post, we will give you all the details on the Modified Royal Enfield Scrambler price, specs, pics, design, build time, etc. 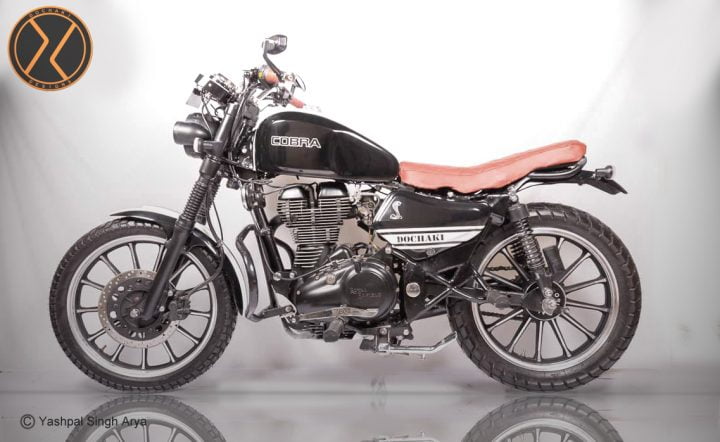 The Cobra is based on a Royal Enfield Thunderbird twin-spark 350cc. Instead of making an out and out scrambler, Dochaki Designs have taken a more city-friendly approach with the design. The bike still looks pretty good and comes with badging and racing stripes inspired by the Shelby Cobra. The body panels such as the petrol tank which has feature lines inspired by the Shelby Cobra, side panels, front fender, high rear fender have all bee handcrafted. The Cobra also gets a custom asymmetric dual headlight, LED tail light and a Scrambler style seat. The grab handles for the pillion are located below the rear seat and a performance exhaust which is at an inclined position to not cause any hindrance to the exhaust emissions while negotiating rough terrain. 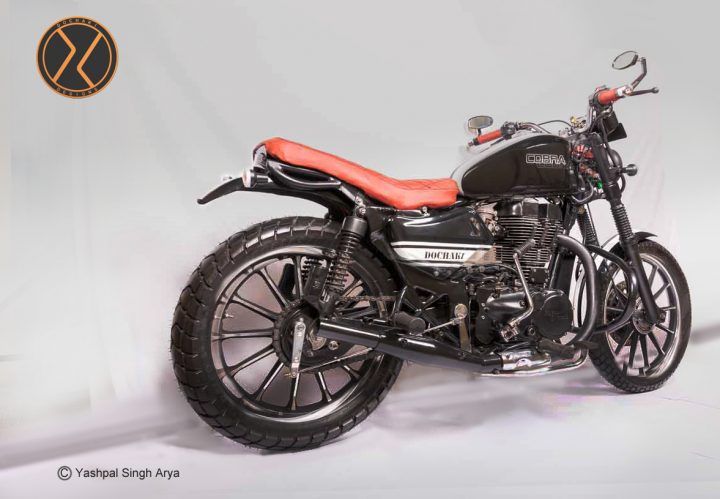 Dochaki Designs have adopted an all-black colour scheme accentuated by white stripes for this modified Royal Enfield. The engine. exhaust and other mechanicals have been finished in black. Other additions include a customised instrument cluster and artificial leather grips for the handlebar along with the Cobra insignia on the side. 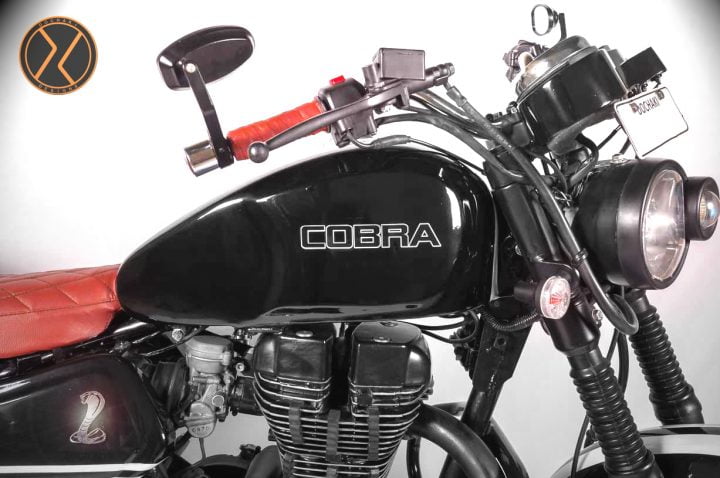 The cost of the entire modification excluding the donor bike is INR 1.3 lakhs. The project took around 2.5 months to complete.

Dochaki Designs seem to have done a very good job on this modified Royal Enfield to turn it into a Scrambler. It is easily one of the better looking bike customization jobs we have come across. 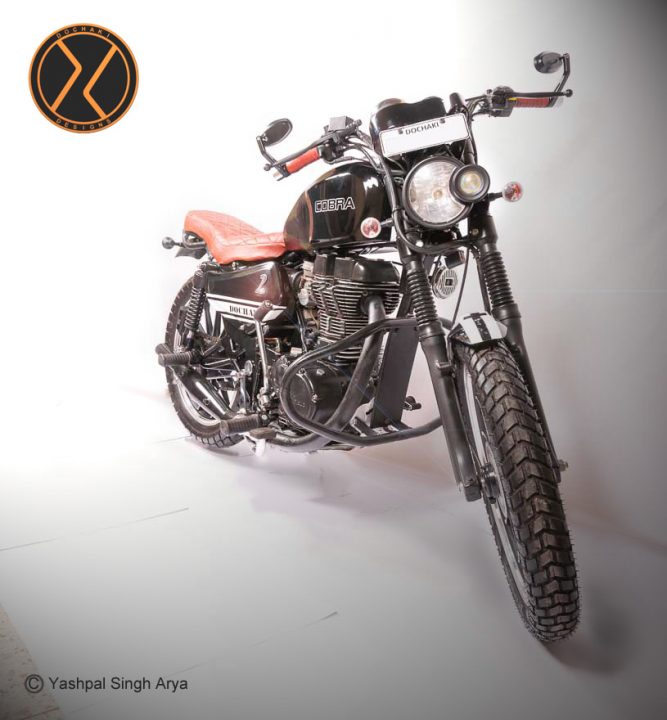 Stay tuned to CarBlogIndia for more on modified Royal Enfield Scrambler and other news from the automotive world. And don’t forget to tell us what you think of the Dochaki Designs Cobra.