General Motors’ Indian arm has been working quite hard to get Chevrolet back on track following a series of not so successful products resulting in dwindling sales. The brand has already invested a huge sum in a brand new plant and is working on a host of new models for our market. The recently launched Trailblazer marked the beginning of a range of new models that Chevrolet will bring to India over the course of the next few years. The American auto giant showcased some of these future models at the Auto Expo and we have covered all the details on them here, in our list of upcoming Chevrolet cars at Auto Expo 2016.

The next generation Beat that was unveiled internationally last year will not be coming to India. Instead, our market will get a heavily reworked version of the current car to keep costs in check. The car will be launched in India in hatchback and compact sedan body forms and possibly a ‘cross’ variant as well. Seen here are images of the Beat Activ, which will form the basis of the next-gen Beat for India. 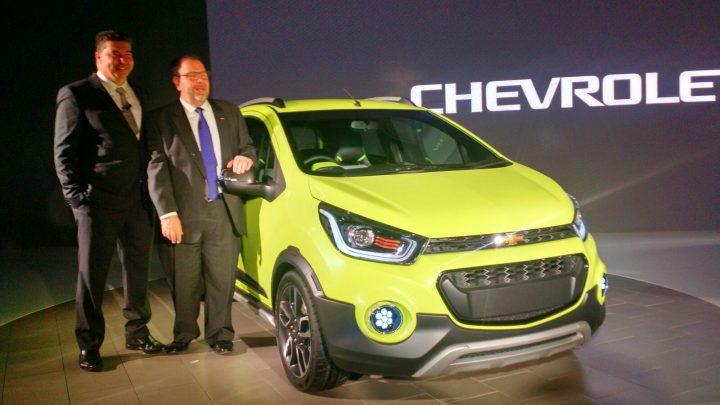 Prices will, in all probability, start at around INR 4.4 lacs for the base petrol variant. The upcoming hatchback will compete with the Hyundai Grand i10, Ford Figo and the Maruti Swift.

The engine line of the current Beat might be carried forward. The 79 bhp 1.2-litre petrol and the 57 bhp 1.0-litre diesel could power the car when it is launched.

Chevrolet took the wraps off the Essentia compact sedan that is headed to India at the Auto Expo 2016. Is is based on the Beat hatchback and will take on the likes of the Hyundai Xcent, Swift Dzire, Figo Aspire and more. The Essentia will be launched in markets this year and will have an estimated starting price of INR 4.8 lacs. It will share its engines with the Beat, which means it will get the 1.2 Petrol and the 1.0 L diesel engines.

Taking centre stage alongside the new Beat concept is the Spin MPV that is scheduled to be launched in India next year. The Spin MPV will rival the Maruti Ertiga, Renault Lodgy and Honda Mobilio when launched in the early part of 2017. 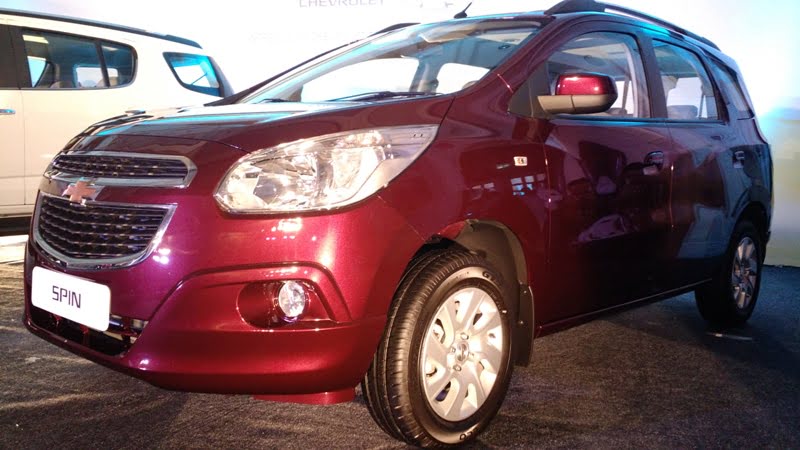 Expect a starting price of around INR 7 lacs. Top of the line trims could go up to around INR 10 lacs. Chevrolet is working hard on ensuring the prices are competitive, which could also be one of the reasons for the delay in its launch.

The Spin could be powered by the same engines as the sail twins – 1.2 litre petrol and a 1.3 litre diesel. In international markets, the Spin is powered by a 1.5-litre petrol engine, which could power the India-spec model instead of the 1.2-litre unit.

Chevrolet has also showcased e a facelifted edition of the current Cruze sedan, which will continue to be sold in India until the 2016 MY Cruze is launched here in 2017. The facelifted sedan features a slightly reworked front end and updated interiors. The rest remains unchanged.

We’re not expecting any major hike in the prices of the Cruze. Currently, the sedan is on sale for a starting price of INR 14.27 lacs (ex-showroom, New Delhi).

As we mentioned earlier, the engine and transmission options witness no change. The Cruze will continue to draw power from the 164 bhp 2.0-litre diesel that comes mated to either a 6-speed MT or a 6-speed AT.

Apart from these India-centric products, GM showcased a bunch of other exciting models from their international lineup. The latest generation of the Corvette and the Camaro sports cars were showcased along with the Colorado pickup truck. However, we should mention that none of these cars are expected to come to India anytime soon. Missing in action from the 2016 Auto Expo will be the latest generation of the Cruze, which is expected to make it to India sometime in 2017.