The Datsun low cost sedan for Russia has been unveiled, and has been named the on-DO. The Datsun on-DO is based on the same platform that underpins the Datsun GO hathcback sold in India. The sedan gets the same trestment as the Go in India, class-leading space and features in a value-for-money package. While the car was designed in Japan by Datsun, engineers from AvtoVAZ developed and engineered it to suit Russian market needs. It will be produced at AvtoVAZ’s plant in Togliatti, Russia for now, it may or may not be produced for other markets like India in the future.

As you can see the Datsun on-DO has been styled to look vastly different than the GO hatchback, though there are family design traits like the grille; the interior looks premium enough,.The on-Do measures 4337mm x 1700mm x 1500mm in terms of its length, width and height respectively. The talking point about the car is the 530-litre boot, along with features like the liftable rear seats which make the floor flatter when the rear seat-back is folded forward.

What do you think of the Datsun on-DO? Let us know in the comments section below.

The Datsun low cost sedan designed for the Russian market has been teased by the company. It will be launched in Russia on the 4th of April 2014, and will be the first time that the brand will officially be present in the country. Russia is one of the many markets that Nissan thinks has a huge demand for value-for-money cars, and the new low cost sedan will be perfect way to start out in the market.

So what’s new? Well, the design of the car, from what can be made out from the teaser image is not very different from the patent drawings that were leaked in 2012. The car features the familiar hexagonal grille featured on the Datsun Go and Go+, the design of the headlights are pretty similar too. The car was styled in Japan, while the car was developed in Russia by a team of international employees of the Datsun brand. Datsun does not plan to bring the sedan to India anytime soon, or may not bring it here at all. We will have to wait and see.

We will keep you informed about the new Datsun low cost sedan, keep tuned in to Car Blog India via our daily newsletter.

We were contact by communication agency linked with Nissan India which informed us that the Datsun low cost sedan will not be launched in India. What it means is that it will probably be launched only in Russian markets, Nissan may not bring this particular car to India, but there will be entry level hatchback(s) from Datsun which will make Datsun’s debut in India in coming years.

Few months back, Nissan Motors India had made a startling announcement to the world; they are going to revive their long forgotten Datsun brand for cars for emerging markets like Russian, India, Brazil and China. The idea behind reviving the Datsun brand, according to Nissan is to dedicatedly cater to the development of cars for the budget conscious buyers while the Nissan brand will be transformed to a more niche one for the affluent ones. India being one of the highest priority markets when it comes to small budget cars, Nissan is sure to land the Datsun in the Indian market. Nissan has already announced that they are planning to launch 5 models in emerging markets at the start comprising of hatchbacks, sedans and possibly an MUV. 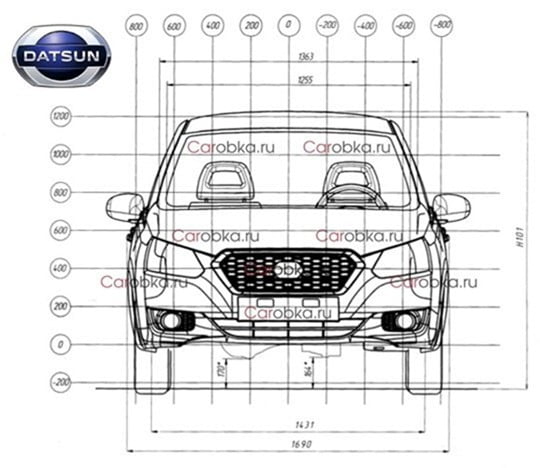 Now, according to a Russian car website Carobka.ru, it claims to have laid its hands on some official sketches of what the Datsun developed sedan is likely to be. The sedan, codenamed NKD 2196 has a striking resemblance to the LADA Granta. Well, the LADA name might not sound very familiar. LADA is a car brand owned by a Russian auto manufacturer, AvtoVAZ. But, what connection does Nissan have with AvtoVAZ? Although, not very popular globally, Renault-Nissan have a 25% stake in the Russian auto company. 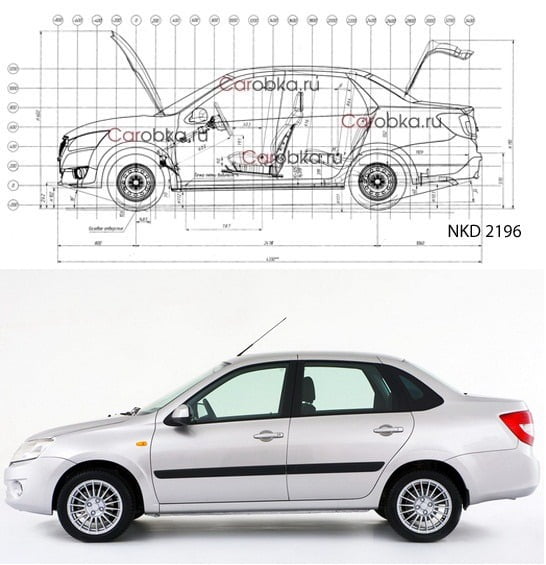 Comparing the leaked sketches with LADA Granta, the resemblances are very easy to spot from the front, side and rear angles. However, there have been some minor tweaks carried out like the design of the headlamps and the front grille, a redesigned bumper etc. At the rear end, majority of the design remains same except from a slight change to the design of tail lamps. The sides profile also remains the same. 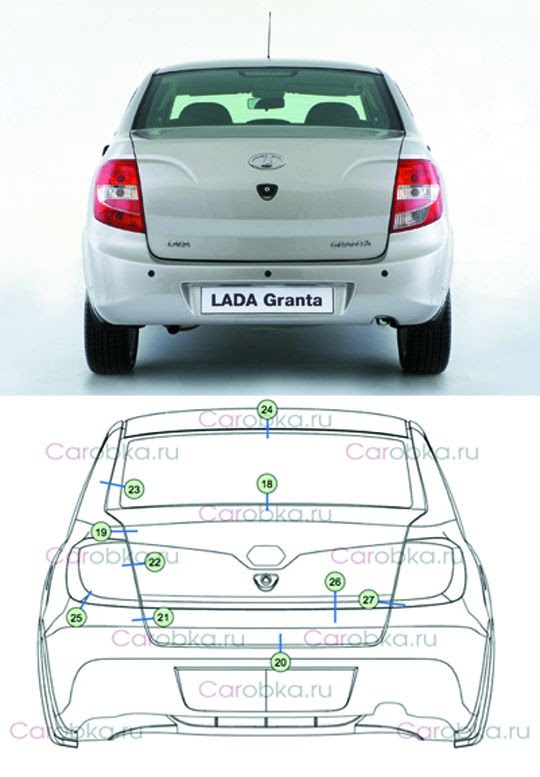 No sketches of the interiors have leaked till now. We expect the interiors to also undergo some change in terms of trim levels and dashboard design. The Datsun might benefit from the well established range of petrol/gasoline and diesel engines of Nissan. 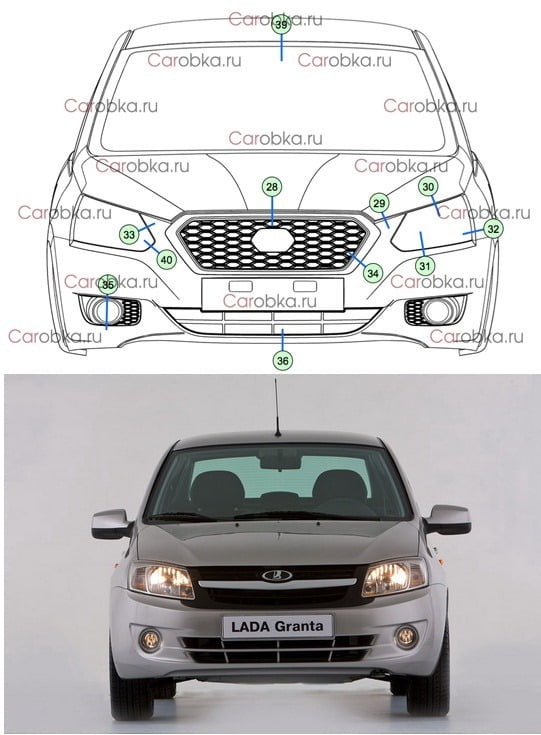