In a recent event executives from Ford have made the news transparent that Mercury will gets its very first hatchback Tracer which will be based on the 2011 Ford Focus platform and was recently unveiled at the 2010 Detroit Auto Show. 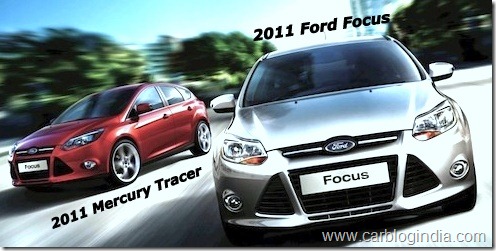 The new car named as Mercury Tracer will reach the dealers in the year 2011 which is same year for the arrival of 2011 Ford Focus as per the same sources. Ford’s President of the Americas, Mark Fields quoted  “Here in the United States, the trend toward fuel-efficient vehicles is very important, and the trend toward small cars is coming back,” and also said that the simple strategy of the company is to have a broad-based line-up. Another news appears,letting the dealers to start ordering the new Fiesta by Ford’s consent from 15th February.