The Celerio is one of the few revolutionary cars in the Indian four wheeler scene. It ushered in a new technology, the Automated Manual Transmission or AMT, which was a cheaper alternative to a full blown conventional automatic gearbox. Manufactured by Magneti Marelli in India, this technology is also available with the Maruti Alto K10 and the Tata Zest now with many more cars set to make use of it in the future. Once again, Maruti is set to revolutionize the diesel hatchback segment with the smallest indigenous diesel seen on a passenger car. This engine in question will be a 2 cylinder 793cc unit producing just 38bhp and undisclosed torque figures and will power the upcoming Maruti Celerio Diesel featured in our list of upcoming Maruti cars in India. This unit will be shared with the  new Tata Ace rivaling LCV which is being developed by Maruti India. At the time of launch the closest competitor to the Maruti Celerio Diesel would be the Chevrolet Beat Diesel, the only small diesel hatch on sale in India. In terms of sales it highly unlikely the Beat diesel would be able to put up a fight, but which of these two is a better car? We investigate. Check out the results in our Maruti Celerio Diesel vs Chevrolet Beat Diesel spec sheet comparo below –

Both cars in this comparison in terms of design aren’t new to the public since the Beat diesel has already been on sale for a few years while the Celerio’s petrol version has become a familiar face in the country and the diesel version will not be any different cosmetically. The Maruti is a very simple looking car, the kind which is hard to hate, but nothing exceptional either. The front gets large rectangular headlamps  which work well with the tall-ish stance. There is a character line which starts from the front wheel arch and blends neatly into the tail lamps. The interiors are slightly more impressive than the exteriors with nicer, flowing lines and black and beige combination that adds to the premium feel. Being a tall car, the headroom is impressive and the cabin feels very roomy. The seats are reasonably comfortable, but lack thigh support and the narrow cabin means fitting three on the rear bench won’t be easy.

The Chevrolet Beat is probably the most striking looking car below 10 lakhs, or maybe even beyond. The large headlamps complimented by strong lines on the bonnet complete a very heavy looking front end. The window line sweeps up to give it a tipped forward aggressive look. The rear door handle has been neatly incorporated into the window area giving the Beat a two-door look. The rear tail lamps now get red surrounds instead of the pre-facelift version’s black and chrome, something they shouldn’t have changed. The rear bumper gets diffuser like black cladding giving the Beat a sporty look. The insides are as striking as the outside complete with nice flowing lines, cool blue lighting and a funky, steering mounted instrument cluster with a digital tachometer. Chevrolet has chosen an all black interior with piano black elements to give it a sporty touch. The rear seat legroom is acceptable and the seats are comfortable but is not as roomy as the Celerio.

[box type=”success” ]Though, it is hard to find faults in Celerio’s design the Beat is clearly the better looking of the two and will certainly turn way more heads than the simple and boring looking Maruti.[/box]

Even though the Beat gives out a more premium feel and one would expect the Chevy to score higher on equipment level, that isn’t the case. The top of the line variants of both cars get the usual expected features such as integrated stereo with USB compatibility, AUX support, airbags and ABS, etc. The Beat, however, misses out on Bluetooth compatibility for cellphones, a glaring omission for a car costing around 6 lakhs. The Maruti Celerio gets only the driver side airbag and also misses out on alloy wheels.

[box type=”success” ]The top of the line Celerio is slightly better equipped than the Beat for its price. The inclusion of Bluetooth connectivity gives the Celerio a bit of an edge over the Beat.[/box]

The Maruti Celerio diesel is not all that much different from the current petrol version so you can expect a comfortable ride which absorbs bumps and potholes efficiently. The steering is light and the tight turning radius make the car very easy to use in city conditions. The Beat is  pretty much the same story, comfortable ride backed by a nicely weighted steering wheel makes for a car that drives well under most conditions.

[box type=”success” ]Both vehicles do the job very well and it is hard to pick a favourite. The Beat has a very slight advantage out on the highway since the steering offers more feel, but the fact that both these vehicles will be restricted to city driving renders that advantage pointless. [/box]

The Celerio’s 2 cylinder, 793cc diesel unit produces just 47bhp. but the 125 Nm torque rating means that the car does not feel out of breath, at least in city conditions. Still, the lack of power is very evident the moment you push the car even a little bit. Also, the diesel clatter is much more pronounced and vibrations levels are also high due to the 2 cylinder nature of the engine. The Chevrolet Beat has a more powerful engine, which produces a peak power of 57bhp and 150Nm torque, but that too feels underpowered out on the highways. Both cars use a 5-speed manual transmission and Maruti has no immediate plans to launch the Celerio DDiS 125 with an AMT. Also, the Celerio’s diesel will return a very impressive 27.62 kmpl compared to the Beat’s 25.44 kmpl giving it a slight edge over the Chevy.

[box type=”success” ]Even though the Celerio is more fuel efficient than the Beat, its the latter that makes more sense as it is not as underpowered and the NVH levels are also much better than that of the Maruti.[/box]

At a starting price of INR 4.65 lakhs, the Maruti Celerio diesel is cheaper than the Chevrolet Beat by INR 50,000 which, in most cases will tip the scales in the Celerio’s favour. This is one of the main reasons behind the use of a small capacity diesel block as it will enable Maruti to keep costs low. The Chevrolet Beat starts at a decent INR 5.08 lakhs (ex-showroom, Delhi), but at INR 6.28 lakhs, the top level LT (opt) trim is a bit too expensive for a car its size.

[box type=”success” ]Keeping in mind the fact that both cars will majorly be used in the city, the small diesel engine should suffice and hence, at almost INR 50,000 less than the Beat, the Celerio will be a better package in terms of price.[/box]

The Maruti Celerio diesel has all the makings of a winner, a decent looking spacious car with a good amount of features, comfortable ride and hard to beat pricing (pun intended). But, in favour of lower costs and fuel efficiency the small 2 cylinder diesel used in the Celerio is a bit too rough and does not feel as car-like as it should. The Chevrolet Beat is a well-rounded package; decent power, decent features, striking interiors and looks which are good enough on their own to woo buyers. Get the Maruti Celerio DDiS 125 if you’re on a very tight budget, but if you can stretch your budget then you will be much happier driving the Chevrolet Beat diesel.

[box type=”success” ]If you’re on a tight budget then get the Maruti Celerio diesel DDiS 125. Otherwise, go for the Chevrolet Beat.[/box] 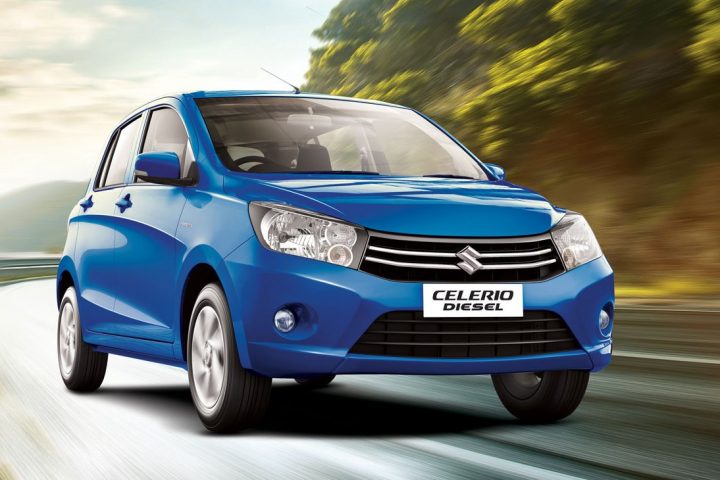 So what do you think about our comparison? Agree or disagree? Let us know what you think in the comments section below.