What is an MPFI Engine?

You must have seen cars with specifications which mention words like MPFI and CRDI or CRDE. To an automotive engineer or enthusiast, it means something, but for a common man, it may not make much sense. 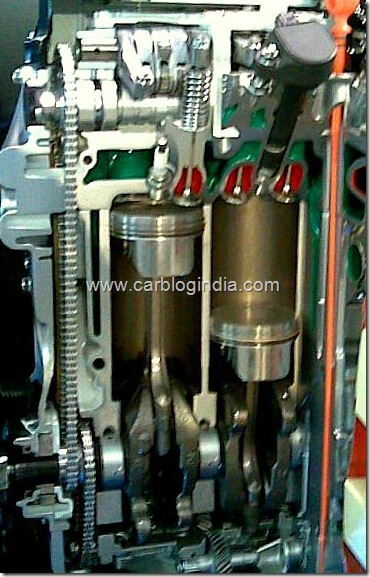 In this article I will talk about MPFI in simple English so that a person who is not an automobile engineer can also make sense of it.

The term MPFI is used to specify a technology used in Gasoline/petrol Engines. For Diesel Engines, there is a similar technology called CRDI. We will discuss CRDI in a separate article to avoid confusion.

MPFI System is a system which uses a small computer (yes, a small computer without keyboard or mouse, its more like a microchip) to control the Car’s Engine. A Petrol car’s engine usually has three or more cylinders or fuel burning zones. So in case of an MPFI engine, there is one fuel –injector installed near each cylinder, that is why they call it Multi-point (more than one points) Fuel Injection.

In plain words, to burn petrol in an Engine to produce power, Petrol has to be mixed with some air, ignited in a cylinder (also called combustion chamber), which produces energy and runs the engine. I will not talk of further internal details because it will make this article for Engineers and not common people.

Before MPFI system was discovered, there was a technology called “Carburetor”. Carburetor was one chamber where petrol and air was mixed in a fixed ratio and then sent to cylinders to burn it to produce power. This system is purely a mechanical machine with little or no intelligence. It was not very efficient in burning petrol, it will burn more petrol than needed at times and will produce more pollution. But with the advancement of technology this was about to change.

MPFI emerged an Intelligent way to do what the Carburetor does. In MPFI system, each cylinder has one injector (which makes it multi-point). Each of these Injectors are controlled by one central car computer. This computer is a small micro-processor, which keeps telling each Injector about how much petrol and at what time it needs to inject near the cylinder so that only the required amount of petrol goes into the cylinder at the right moment.

So the working of MPFI is similar to Carburetor, but in an improved way, because now each cylinder is treated independently unlike Carburetor. But one major Key difference is that MPFI is an intelligent system and Carburetor is not. MPFI systems are controlled by a computer which does lots of calculations before deciding what amount of petrol will go into what cylinder at a particular point in time. It makes that decision based on the inputs it reads.

Based on all these inputs from the sensors, the computer in the MPFI system decides what amount of fuel to inject. Thus it makes it fuel efficient as it knows what amount of petrol should go in. To make things more interesting, the system also learns from the drivers driving habits. Modern car’s computers have memory, which will remember your driving style and will behave in a way so that you get the desired power output from engine based on your driving style. For example, if you have a habit of speedy pick-up, car’s computer will remember that and will give you more power at low engine speeds by putting extra petrol, so that you get a good pick-up. It will typically judge this by the amount of pressure you put on accelerator.

Stay tuned for an article on CRDI, which is like an MPFI parallel for Diesel Engines.

What is Turbocharger? What is Supercharger?

PS : I have deliberately used least jargons and kept it as simple as I could. Please leave your comments or suggestions. Also check out the article on Future of Cars.