While Honda Cars India isn’t exactly setting sales charts on fire, there is a range of upcoming Honda cars that are likely to help the manufacturer improve its performance. One of the most significant of these upcoming Honda cars in India is the all-new Civic premium sedan. The new Civic will rival the likes of Elantra and could leave a lasting impressions on D-segment sedan buyers. However, it’s the next generation Amaze compact sedan that is likely to bring better volumes to the manufacturer. Expected to launch at the Auto Expo 2018, the new 2018 Honda Amaze will have to lock horns with the new Maruti Dzire. Prices will be almost the same. Also See- Honda Amaze Review 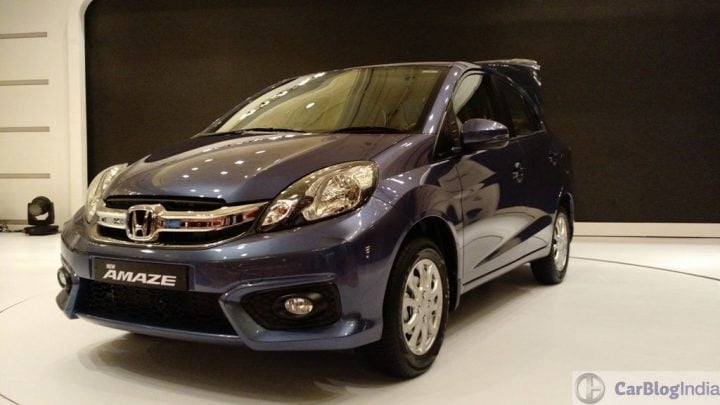 The new model Amaze will be produced at the manufacturer’s Tapukada facility in Rajasthan. The new Honda Amaze 2018 model will boast an all-new design along with a set of new features. It will also get updated engines. It’s worth a mention here that Honda has received a lot of flak for high NVH levels on cars equipped with the 1.5 iDTEC Diesel engine. Honda Cars India is likely to now work on this and resolve the issues. Also noteworthy here is the fact that the advent of the all-new Dzire makes it really necessary for Honda to launch an improved rival.

The new Honda Amaze 2018 is likely to make its debut at the Auto Expo 2018. Its launch, however, could take place only around April, 2018. The all-new Honda Amaze will launch before the introduction of the new-generation Brio hatchback.

The new 2018 Honda Amaze will look a lot more modern. It will also have many new features along with a more refined Diesel engine. All this should lead to a slight increase in the price. Prices of the all-new Honda Amaze 2018 could start at Rs 6 lakh and go all the way upto Rs 9.5 lakh for the top-end Diesel model. Currently, the compact sedan is on sale in a price range of Rs 5.6 lakh to Rs 8.5 lakh. The next generation Amaze, much like the current model, will be produced at the manufacturer’s Tapukara facility in Rajasthan. 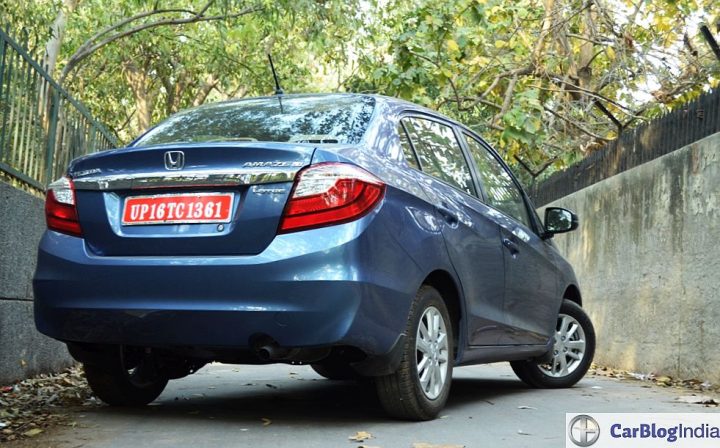 While the engine options will come from the current Amaze, the motors should see some tweaking for better mileage. Apart from this, the Diesel engine should also become more refined. It’s noteworthy here that Honda has been receiving a lot of flak for the high NVH levels on the 1.5-litre iDTEC Diesel. Hence, there are high chances that the Diesel engine for the Honda Amaze 2018 will have higher refinement to offer. Transmission options for the Petrol engine will include a 5-speed Manual and a CVT. The Diesel engine could get the 6-speed Manual Transmission from the City. Speculations are rife that the new 2018 Amaze could even get AMTs.

The new 2018 Honda Amaze should offer slightly higher mileage. While the petrol model should deliver upto 20 KMPL, the Diesel model, which is already one of the most fuel efficient cars in India, should deliver a mileage of 28 KMPL.

The new Amaze 2018 model will be squarely pitted against the new 2017 Maruti Dzire. Other than the latest Dzire, the new model will also rival the likes of Ford Aspire, Hyundai Xcent, Volkswagen Ameo, Tata Tigor and Tata Zest.

Currently, the Amaze is available in 7 colours. We expect all of these to be available even on the Amaze 2018.

While the new Honda Amaze 2018 will share its platform with the current model, it will have an all new design, both on the inside and on the outside. The 2018 Amaze will also offer more space as it’s expected to get wider. Details on its design are scarce at the moment, but we expect the new Amaze to look sharper and more modern. There will be a sleeker front-end with a sharper set of headlamps, new grille and probably a sportier bumper. In the side profile, the car is likely to come with a revised greenhouse and new design alloys. At the rear, the car will see a comprehensive makeover. It will get a new bootlid, new taillights and a new bumper. Overall, the car will look more modern and more premium.

Coming to the interior, the new Amazse will offer a new design for the dashboard and other interior panels. It will also offer more features in the form of a touchscreen infotainment unit, climate control, rear AC vents, et al. Thanks to the increase in width, the rear seat will offer adequate space for three passengers. ABS and Airbags will be standard across all the trims.