New Mahindra KUV100 – All You Need to Know

Mahindra & Mahindra has just launched a brand new model that has been positioned below the TUV300. With this new micro-SUV, Mahindra is targeting the A2 and B segment hatchbacks like the Maruti Wagon R, Swift and Honda Brio through offering more space and more features. This approach might not be very conventional, but capitalising on the average Indian car buyer’s love for SUVs might work in Mahindra’s favour. We are just back from having a short spin in the new Mahindra KUV100 and while we will be getting behind its wheel again for a comprehensive new Mahindra KUV100 Test Drive Review soon, here’s our first look review of the new micro-SUV from Mahindra & Mahindra. 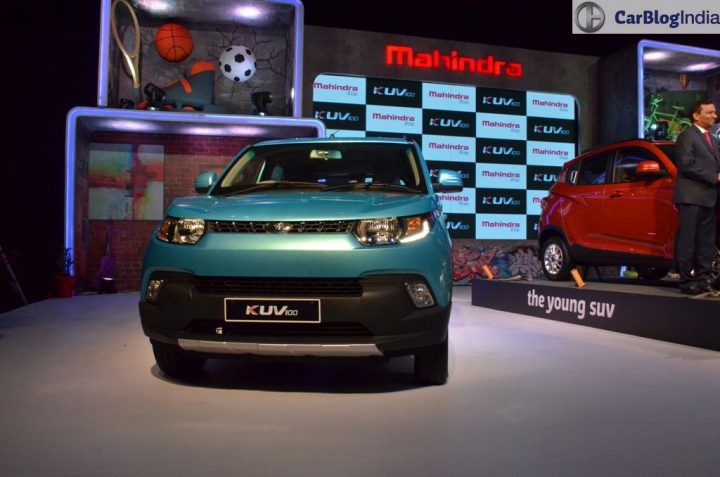 Speaking at the brand name and engine reveal event, Dr. Pawan Goenka, Executive Director, M&M Ltd. said, “We are all set to create a new segment with the launch of the KUV100 which also marks our foray into ground up petrol engines. An ambitious project from the very start, the KUV100, is all set to carve its niche amongst first-time car buyers with its unique propositions. I am confident that the KUV100, like its predecessors, will become an extremely popular brand and will be cited for taking Mahindra to a whole new orbit”. 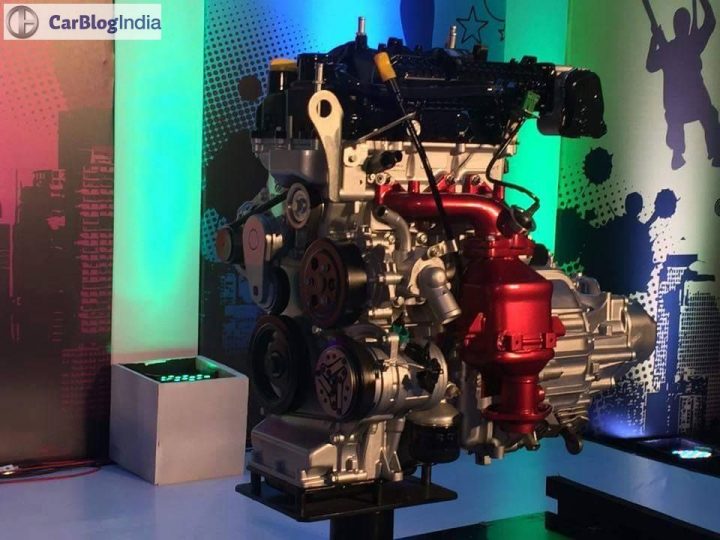 Compact cars styled like SUVs seem to work well in the Indian car market as exhibited by the Renault Kwid. The KUV100 gets similar design traits such as a high set bonnet, body cladding all around, muscly wheel arches, etc. LED daytime running lights, a narrow set of headlamps and fog lamps round up the exterior design of the KUV100.  The USP of the KUV100’s cabin will be the flexible 3+3 seating arrangement. The engineers have moved the gear lever to the dashboard to make space for a third passenger who can be seated between the two front seats. Other highlights include a grey-ish colour theme with piano black inserts, a multifunction steering wheel borrowed from the TUV300, Bluetooth connectivity, 4 airbags, ABS and more. The KUV100 will be available with a choice of 7 paint shades –

Seen above are a couple of photos of the top-end K8 variant’s interior. The front row gets Datsun Go-like bench seat, with the gear lever moved to the dashboard. The handbrake lever is positioned below the centre console, and has a pull-type operation. As can be seen in the interior photo, the KUV100’s gets a single binnacle instrument console, rectangular AC vents and a non-touchscreen infotainment system.

All above features, plus –

All above features, plus –