New Model Renault Duster to grow in size. Will not be pricier

Popular German car magazine AutoBild has come up with new details on the new model Renault Duster 2017. The next generation Dacia Duster, aka Renault Duster, will boast of “a more modern body design”, which could be loosely based on the Renault Duster Oroch concept that was showcased at the Sao Paulo Auto Show last year. Also, the next generation Duster will be 15 centimeters longer than the current model. This could be done to make room for a third row of seats. It is also being said that new model Renault Duster 2017 will be launched in its home market next year and the upcoming model has already started testing on public roads.

In European market, the all-new Duster could go on sale for a starting price of less than 12,000 Euros. In all likelihood, the Duster will retain its current engine options and the next-gen model could be available with an automatic transmission option for both petrol and diesel variants. As we said earlier, the exterior design of the 2017 Renault Duster could take some cues from the Duster Oroch concept, whose design theme is kite surfing.

Among the highlights of the Duster Oroch are its 18-inch mag wheels, broad side protective mouldings, a multimedia screen for the infotainment systerm, ‘Cover Carving’ technology for the seats and a dark charcoal interior with fluorescent orange highlights. There are very good chances that the Duster Oroch concept’s interior would influence the 2017 Duster’s cabin. The next generation Duster is likely to boast of a new instrument cluster, a touchscreen interface for the infotaiment, automatic climate control and a new steering wheel with controls for Bluetooth and stereo. 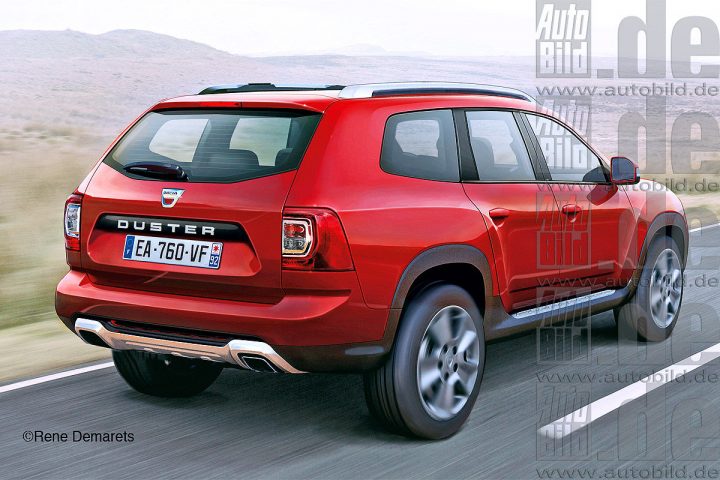 Nothing else is currently known about the India-bound model, but you can safely stay tuned to Car Blog India for more on the new model Renault Duster 2017.