We reported in detail when the Renault Lodgy was officially launched in India in 2014. The Lodgy hasn’t exactly set sales charts on fire and now, in a bid to boost the sales, its manufacturer has reduced the prices of the Lodgy 85 PS variants. The 85 PS variants of the Lodgy have received a price cut INR 97,000 to 34,000. Prices of the Stepway variant, which is the flagship trim, remain unchanged. All the variants of the Renault Lodgy are being produced at the manufacturer’s Orgadam plant in Tamil Nadu. Check out our comprehensive report here for all details on the Renault Lodgy Price in India, Specifications, Mileage and other details. 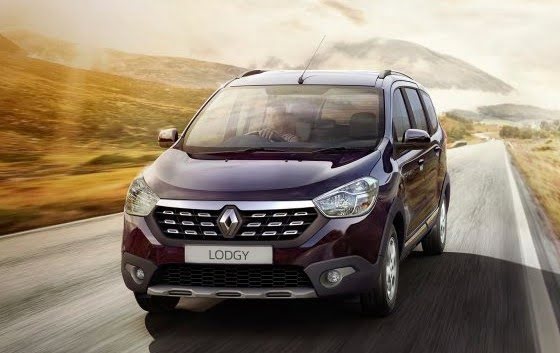 Mechanically, Lodgy is likely to receive the Duster‘s configuration, which means it would get the K9K turbo diesel and the 1.6 liter petrol. Duster in India offers K9K turbo diesel in 84bhp and 109bhp form. As the Lodgy is a three-row-seating vehicle the more power engine should give it the requisite muscle. The 109bhp version gets the snappier variable geometry turbo charging with inter-cooler delivering 248 Nm of maximum torque. The more premium Stepaway variant will be offered only with the 109bhp motor. On the performance side, the Lodgy edges out its fiercest rival of the segment; the tried, tested and much adored Toyota Innova which delivers 100.6 bhp and 200 Nm torque.

Measuring 4.5m in length, it is similar to the last-gen Innova but slightly longer than the Ertiga and the new Honda Mobilio.

The top-of-the-line Stepway variant of the Lodgy gets many additional features.. The flagship variant is based on the RxZ trim, and the new model carries several updates that give it a ‘crossover-like’ appeal. These updates include –

The Renault Lodgy for India, as the images of the India-spec model here reveal, gets a slightly different front grille, black plastic cladding on the underlip (for lower variants) and a silver skid guard for the flagship variant. The car also gets a new design for the alloy wheels.

The Renault Lodgy sure looks promising, and in all probability, would prove to be a serious threat to most of Japanese competition it is bound to face.

[box type=”shadow” ]Lodgy vs Innova vs Ertiga vs Mobilio[/box] 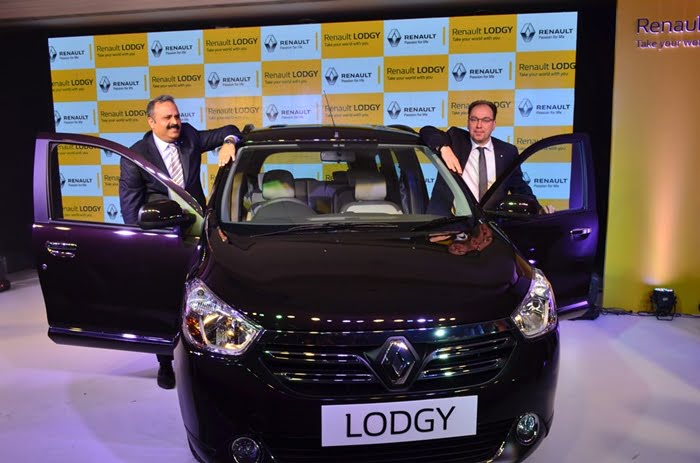 Stay tuned to CarBlogIndia for more on Renault Lodgy Price in India, specifications and features.