It has been quite a while since news of Yamaha’s plans of launching the R15 V3 in India first emerged. While we have already seen several spy images of the new motorcycle having reached the dealerships, we are yet to hear from the company regarding the official launch date. Now, in the latest development, it has come to light that bookings for the new motorcycle have finally opened at the authorized dealership. Moreover, a new report claims that the new Yamaha R15 V3.0 launch will take place at the Auto Expo 2018 in February this year. 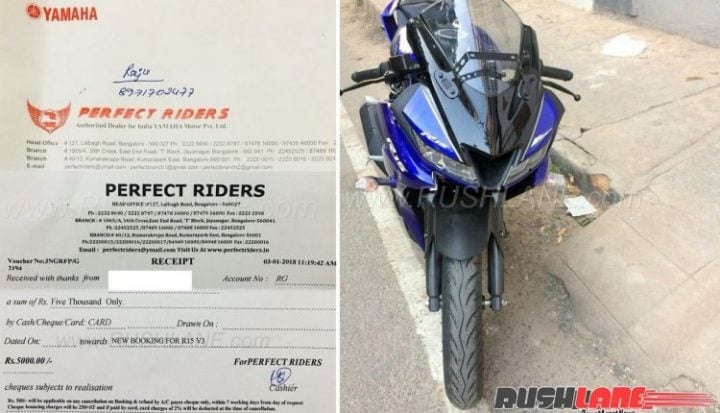 It’s worth a mention here that the company is yet to disclose the official launch date. However, the latest piece of info comes from an official dealer, who told the good folks at Rushlane about the company’s plans of launching the bike next month. Deliveries will commence soon after the official launch. The R15 V3 for India isn’t exactly like the model on sale abroad. For India, the V3.0 misses out on many features to keep costs under a check.

Many spy images that we have seen so far make it rather clear that the India-spec R15 V3 misses out on the upside-down front forks that the international model comes with. Also, it doesn’t look like we would get ABS. Also, the India-spec motorcycle gets a V2-like fender instead of the sportier fender of the V3. The Indian motorcycle also gets MRF tires instead of the IRC rubber. We don’t even expect a slipper clutch for our market. Finally, even the foot pegs are the same as earlier instead of being the aluminium units seen on the internationals-spec bike. So, basically, the new Yamaha R15 V3.0 for India is more of a facelift than being the all-new model that’s on sale abroad.

While we are sad that Yamaha India won’t launch the international-spec bike here, it’s worth a mention here that this a strategy to keep prices under a check. Bringing the international model here would have led to a rather exorbitant price tag for a 150cc offering. Hence, the downgraded model will help the company to make sure that the price of the R15, which is currently around Rs 1.2 lakh (ex-showroom), doesn’t see much of a hike. Bookings for the new model have started for an amount of Rs 5,000. 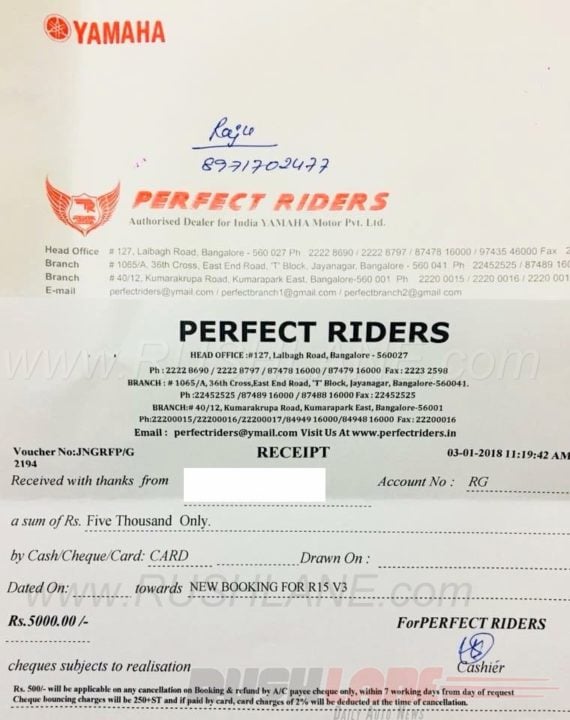 Even the engine is likely to be the same as the one on the V2.0. The full-fledged V3.0 gets a new 155.1cc single cylinder, liquid cooled, fuel injected engine that benefits from a Variable Valve Actuation. The new engine outputs a maximum power of 19.31 PS along with a peak torque of 14.7 Nm. It comes mated to a six-speed manual transmission.  The new Yamaha R15 V3.0 gets an 11-litre fuel tank and tips the scales at 137 KGs. It comes with a host of new colour schemes, which include Matte Black, Race Blue, and Matt Red options. Also, the international model gets LED headlamps, slipper clutch, Antilock Braking System (ABS), and Upside Down front forks.

So, are you waiting for the new Yamaha R15 V3.0 launch to take place? Share your views with us by commenting below. Also, stay tuned to Carblogindia for the latest news on cars and motorcycles relevant to India.