One more time Bajaj Pulsar 200 SS has come up in the news with its pictures being spied. Earlier this month this bike was caught testing on the roads of Columbia in red and white dual tone colour scheme, though the images were not much clear but it was confirmed that it will be equipped with ABS for international markets.  ABS variant for India is still questionable. Now BikesIndia has revealed new spy shots of production version of the bike.  These spy shots are more clear, undisguised and seems to have been taken at Turkey where this bike was showcased. This bike was introduced in Turkey with two more motorcycle offerings from Bajaj. 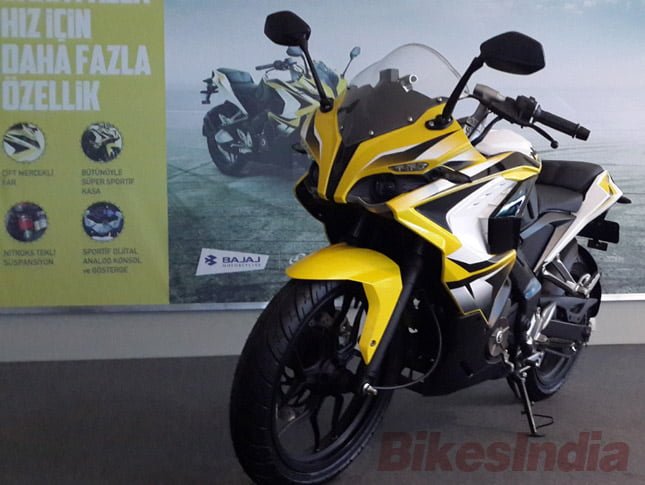 Now the pictures of Pulsar 200 SS in yellow and black dual tone colour scheme have been spied. The faired avatar of the motorcycle makes it looks more sportier and sturdy. The detailing of the bike is done in metallic grey colour. It features tall handlebar clip-ons. Other noticeable features in this elegant bike are dual projector headlamps, full LED indicators and LED tail lamps. ABS and fuel injection are still a big question, while they could be provided as an option. 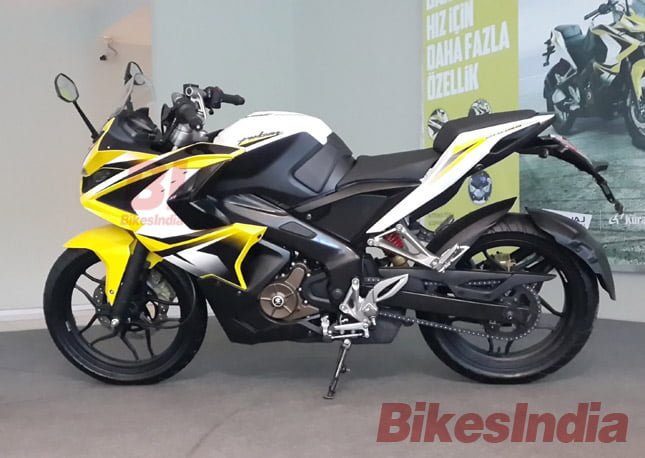 It is a blend of Pulsar 200 NS and Pulsar 400 SS, drawing mechanical specifications from its naked sibling 200 NS and design from 400 SS. Since it is likely to draw specifications from Pulsar 200 NS. It will be powered by triple spark, 199.5 cc , 4-stroke, liquid cooled, single cylinder engine which churns out 23.52 PS of maximum power at 9500 rpm and 18.3 Nm of peak torque at 8000 rpm mated to a 6-speed transmission. It  accelerates from 0 – 60 in just 3.1 seconds. This bike will compete with Yamaha R15, Hero Karizma R and Honda CBR250R. It will be offered in 4 dual-tone colour schemes- yellow, blue, red and black. 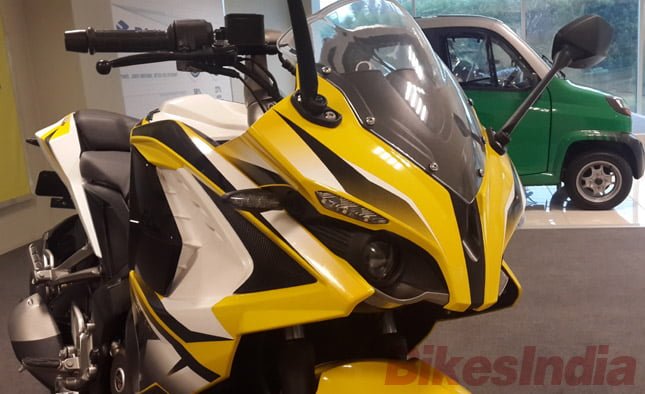 This faired 200 SS is expected to hit the dealership soon. This bike is designed to look like an ultimate sports bike. Though, the price and availability of the bike have not yet been revealed, we expect it to be priced slightly above Rs. 1 Lakh which is quite competitive. It is  is expected to be a highly efficient bike in this segment and deliver value for money to the customers. We will update you with more details about Pulsar 200 SS soon. Stay tuned for more updates from motoring world, meanwhile comment below and let us know what you think of this bike. 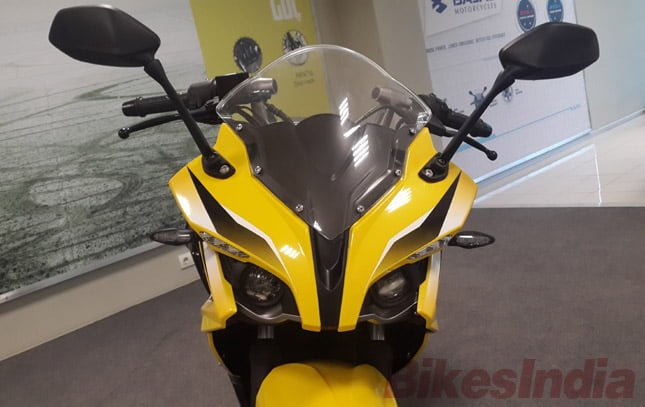