Royal Enfield Himalayan – All You Need to Know! 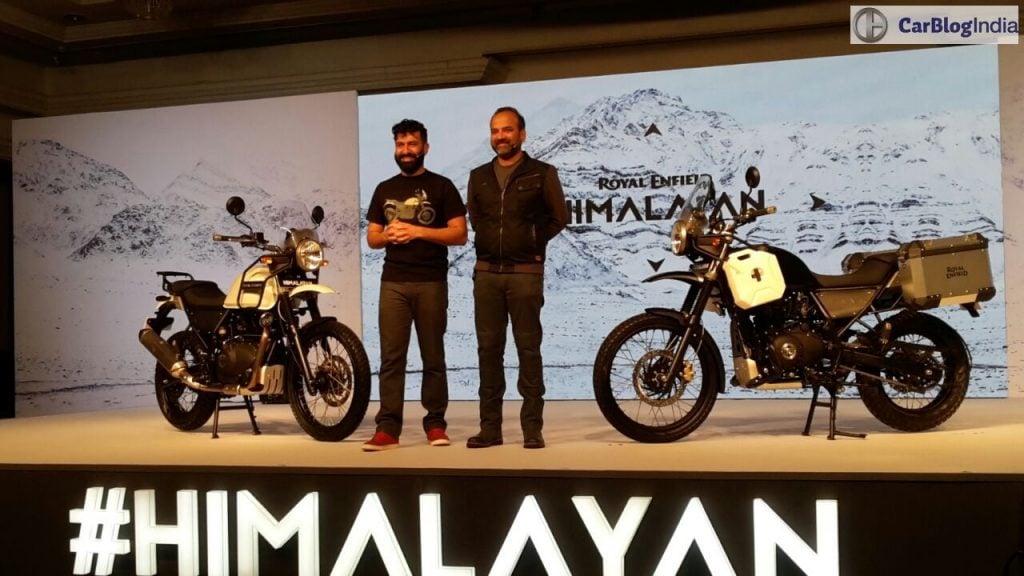 RE unveiled the Himalayan on Feb-1. The Royal Enfield Himalayan launch, however, took place on March 16. The Royal Enfield Himalayan price has been kept at INR 1.55 lacs (ex-showroom, Mumbai), which translates to INR 1.79 lacs (on-road). The bike will not be available in New Delhi as the engine is not BS IV complaint. The NGT has banned the registration of all non-BS IV vehicles in Delhi effective from April 1.

Royal Enfield has invested hugely (Read: INR 500 Crores!) on the design and development of its upcoming model range, and a significant part of this sum has gone into the installation of two tech. centres that will be responsible for new product development and quality upgradation of existing Royal Enfield motorcycles in India. The upcoming Himalayan 410cc motorcycle has been developed in co-operation with Harris Performance, the renowned British performance tuner that has also worked on the RE Continental GT 535 Cafe Racer.

Coming back to the Himalayan, the upcoming 410cc adventure touring bike’s single cylinder engine churns out a max. power of 24.5 BHP and a peak torque of 32 Nm. This all-new motor has been developed entirely in-house by Royal Enfield and is said to be equipped with counter-balancer shaft. It is also being said that this engine will be the most refined RE engine ever!

The Himalayan gets long-travel telescopic forks at front and a monoshock suspension at the rear, another first for Royal Enfield. The upcoming 410cc adventure tourer rides on 21-inch wheels and gets disc brakes at both ends. Sadly, however, there won’t be an ABS on offer, not even as an optional extra.

CS Santosh, renowned Indian Endurance bike racer, provided inputs to RE for the development of the Himalayan. Also, he has been quoted as saying,“Most of the times you have motorcycles that do well on the street but as soon as you take them off road, they don’t seem to fit in. (With the Himalayan) I was surprised because I think it felt natural to be off-road as well. Just the way it was sitting between my legs it felt good because I’ve been used to rally bikes and it didn’t feel strange at all. For a common man, it will not be intimidating at all. The power is there but it’s not gonna be aggressive.”