Suzuki Intruder 150 Price, Mileage, Features- All You Need To Know

Here we take the Suzuki Intruder 150 cruiser. Like the expected cruiser looks, this one looks odd yet interesting. It gets a modern design, thus earning the epithet of ‘Modern Cruiser’. It is priced from Rs 99,000 up to Rs 1.07 Lakhs. Read ahead to know more about the price, mileage and features of the cruiser.

In the world of old-school cruisers like the Royal Enfield bikes and the Avenger series, its good to have something different. And something different and unusual is here. The Suzuki Intruder 150 looks like some futuristic cruiser material. With a rather beefy body, it looks weird yet cool. It copies the looks from the Suzuki M1800R, which is bigger and heavier. The modern cruiser comes with features such as Fuel Injection, Digital Instrument Cluster, ABS and front and rear disc brakes. It carries on with the same 155cc engine that is used in the Gixxer and Gixxer SF. The engine produces 14.9 BHP worth of maximum power and 15 Nm worth of torque. The cruiser is priced starting from Rs 99,000 to Rs 1.07 Lakhs (ex-showroom). Read along to know more about this modern day cruiser. 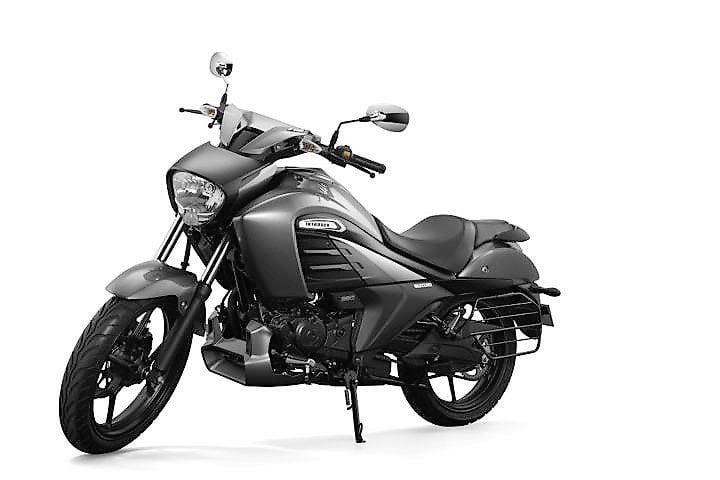 The cruiser looks similar to the Suzuki M1800R copying similar styling elements and the body. The body looks a little bit bulky on the wheels as the body is quite wide and large. Also, some places it looks a bit odd, not much appealing to a customer. However, the bike does not look bad and dull, it definitely looks like a sporty cruiser. In the front, it gets a large headlamp in the front cowl flanked by the fuel tank. On the handle, it gets its turn indicators.

The bike gets an extended body element with the ‘Intruder’ logo embedded on it. The fuel tank is a little uplifted and in the bottom, it gets fenders too. A good styling element of the bike is the dual exhaust system. Basically, the body of the bike is a little low height, adding to the comfort offered. In the rear side of the body, it gets an LED tail light just below the seat. Also, it gets front and rear disc brakes. Overall, the styling is modern but for some people, it misses the old-school cruiser feel. 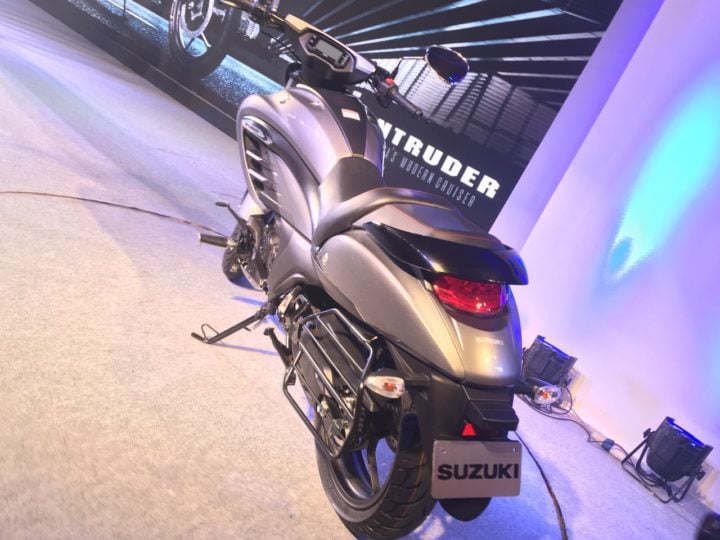 Suzuki Intruder 150 sports a single-cylinder SOHC 154.9 CC engine. The engine churns out 14.6 BHP worth of power and 14 Nm worth of torque. The bike is mated to a 5-speed manual gearbox.

Suzuki Intruder 150 delivers a mileage of 54 KMPL on highways and 47 KMPL in the city. It comes with a fuel capacity of 11 Litres which delivers a riding range of 520 Kms. The top speed recorded on the bike is 118 KMPH. 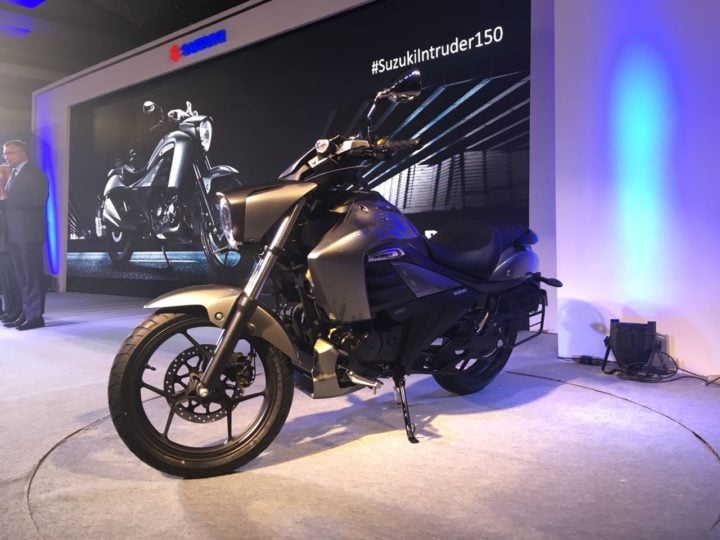 Intruder uses the single downtube chassis, which is equipped with Gixxer. In the front, it gets a telescopic suspension and in the rear, it gets Swing Arm Type suspension. For braking, it gets front and rear disc brakes with an optional ABS. It copies GIxxer’s chassis and framework. 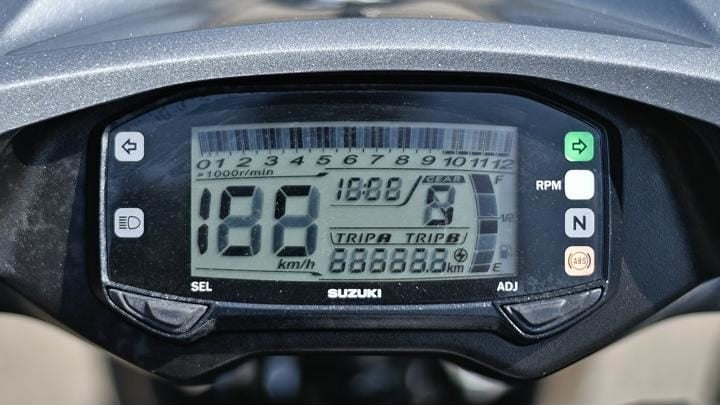 Being a modern cruiser, it comes with good features, ideal and required for a 1 Lakh bike. Following are the features that Suzuki Intruder 150 provides:

Currently, Intruder is amongst the very few sub-200 CC cruiser bikes. So, it mainly competes with Bajaj Avenger 180. Now, this is really a tough choice. Bajaj Avenger is priced comparatively cheaper than this bike. It also offers a proper old-school cruiser bike looks with a more powerful engine. Avenger’s 180 CC triple-spark engine produces 15.6 BHP worth of power and 13.7 Nm worth of torque. On the other hand, Intruder is a modern cruiser. It offers modern looks with better styling. Also, if you compare on the basis of features, Intruder clearly has a winning hand over the Avenger. Avenger only offers alloy wheels, old-school body with an analogue speedometer and LED DRLs. The Suzuki bike offers a mileage of 47 KMPL, which is more than the Avenger offering mileage around 40 KMPL.