Tata Nano is to hit Indian roads in the month of April 2009. The cars will initially be produced from Uttaranchal plant till the productions starts in Gujrat Plant. In this article I am going to talk about the features, specifications and looks of Tata Nano. I have previously published an article for comparison of  Tata Nano vs Maruti 800. In this post we are talking exclusively and in detail about Tata Nano and what you should expect out of it. 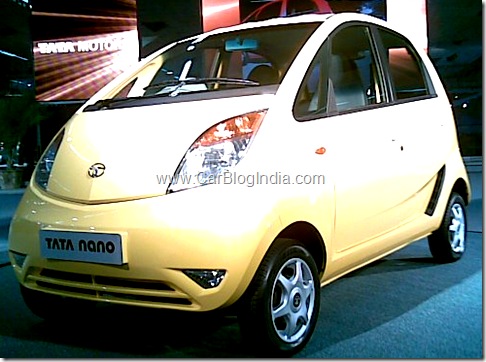 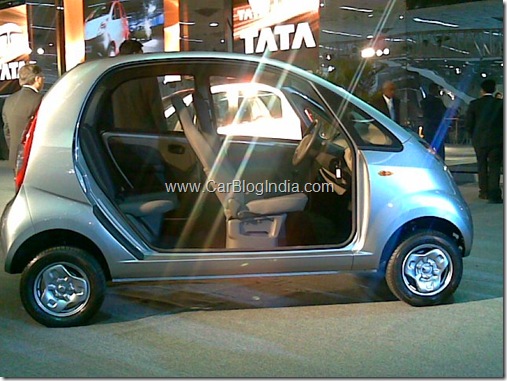 Technically this car has numerous innovations. Tata Motors had filed and successfully achieved several patents during development of TATA Nano because of the kind of inventions they have put in to develop world’s cheapest car.

Some key Specifications of Tata Nano are:

Need I say that I love the looks of Tata Nano. I feel that at the budget of approx 1 Lakh rupees that have produces a beautiful car. When i had not seen the car myself before its first public display, I had an apprehension that the cheap car might be having real cheap looks. When I saw the car the first time, all my apprehensions vanished and I quite liked the way Tata has managed to keep the look real smart and compact. It looks like a futuristic and nice design to me. I will personally rate it 8/10 in looks. 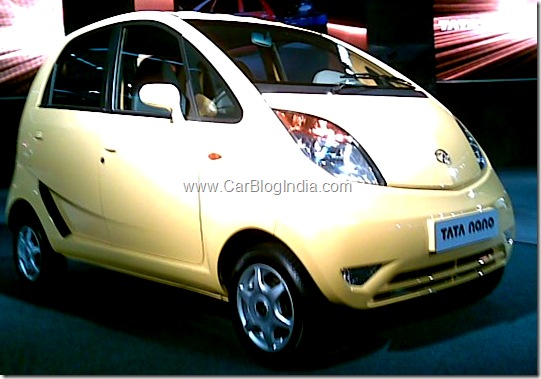 I have not been behind the wheels of Tata Nano, but from the expert review I have read on different forums and from the people who have got the chance to drive it, it a nice car to drive. As per my analysis, the car of this dimension and weight must be easy to drive in city conditions at moderate speeds of up to 60 KMPH. Although it might not be a star performer on high speed drive on an expressway, mainly because of its low weight and power limitations, but it must be a great utility vehicle for city driving where you hardly exceed 60KMPH. I am keeping a close watch on Tata Nano’s launch, and will update this review as soon as the car comes on road for consumers. So keep tuned in.

I would recommend you to subscribe to the free e-mail updates from CarBlogIndia so that u don’t miss on the review updates.

Also, you may like to have a look at the comparison of Maruti 800 vs Tata Nano.

Tata has preponed the booking date to 23 March 2009. This means that you can now book your TATA Nano at any tata dealer in India starting 23 March and delivery will start from first week of April 2009. So rush to the dealer for early-bird TATA Nano bookings starting 23 March.

Tata Nano Prices have been just announced. The Prices are as follows:

On road price will be more. Approx

These Price are applicable for first one lakh vehicles manufactured from Pantnagar Plant and will be allotted to people on the basis of lottery system. You can book your Tata Nano by filling up a form which costs Rs. 300 and by paying a deposit amount or Rs. 3000 with duly filled form and identity proof along with the form. One person can apply for one Tata Nano car only at this time.