Think again if you believe the Hexa and the Kite-5 compact sedan are the only upcoming new Tata cars in India. Also coming our way is an all new compact SUV, which would be based on the Nexon concept, and a new small car that will be based on the Nano. This small car has been internally named as the ‘Pelican’. The Tata Pelican will be among the smallest of models from the famed Indian automobile manufacturer and is likely to be slotted between the Tiago and the Nano. The Pelican will rival the rather invincible Maruti Alto 800 and it will share its platform with the Nano. This should translate into a competitive pricing. Read on for Tata Nano Pelican price, mileage, specifications and launch date.

It is pretty obvious that with the Nano Pelican, Tata Motors will attempt to accomplish its dream of overtaking the Alto 800 on the sales charts. Also,  if various rumours are anything to go by, the Pelican could be the same ‘upmarket Nano’ that has previously been discussed.

Like we said earlier the upcoming model would be pitted against the likes of the Maruti Alto 800, Renault Kwid, production-spec Datsun Redi-Go and the Hyundai Eon. This means that the car would cost considerably more than the current Nano. In all likelihood, the Tata Nano Pelican price would be roughly INR 2.7 lakhs for the entry-level model. The top-end diesel variant could command over a lakh more.

The Nano Pelican has already been seen testing on the public roads of Pune. The test unit which has been spied sported 13-inch wheels and a comprehensively revised front-end. The Nano Pelican will come with a new front bumper, stylish new headlights, new bonnet and possibly revised front fenders. Also, in all likelihood, the fuel inlet positition will be shifted from under the hood to a rear fender The car will also get a set of re-styled taillamps and possibly a new rear bumper. 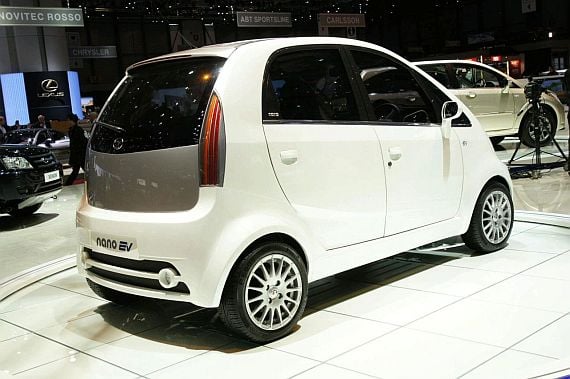 Details on the car’s tech-specs are scarce. But in all likelihood, the Nano-based Pelican will be powered by a sufficiently potent 1.0-litre petrol engine. Also on offer could be a 0.8-litre Diesel engine. This would be the same oil-burner that was earlier being tested on the Nano. As Mr. Ratan Tata hinted, the new engines would offer upwards of 60 BHP. Currently the Nano is powered by a 624 cc two-cylinder petrol engine that outputs merely 38 PS and 51 Nm.

The exterior of the Tata Nano Pelican will share in plenty with the current model. However, the interior will be almost a world apart. The Pelican will boast of an all-new Tiago-like dashboard that will look more upmarket. The centre console will offer an infotainment system with dot-matrix display. The infotainment system will be a Harman-sourced ConncetNext system. The speedometer console will no longer be housed above the centre console. Instead it will be positioned behind the steering wheel and could even offer a tachometer among other things. The steering wheel will be carried over from the Gen X but the top-end model will offer steering-mounted audio controls.