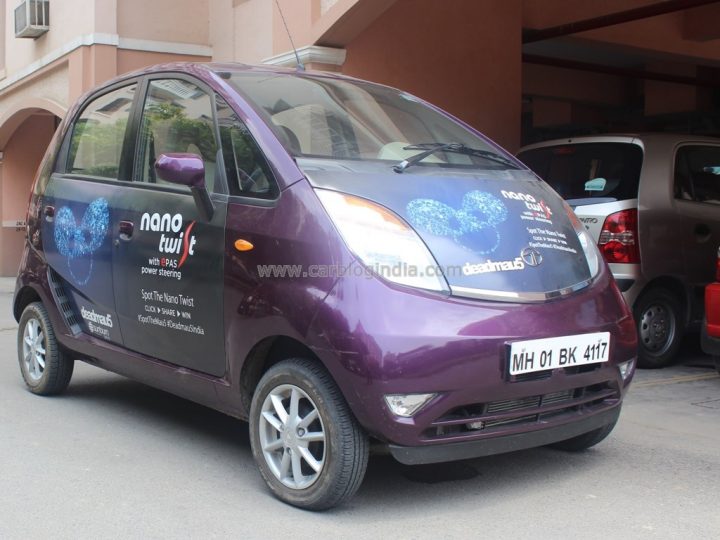 In terms of features the biggest change here is the presence of a power steering or EPAS (electric power assisted steering) across all Tata Nano variants. The base Nano Twist XE will miss out on body coloured bumpers and wheel caps. But it gets a larger steering wheel, and there’s also a new instrument cluster that has a trip meter and displays fuel economy, distance to empty, and digital clock. Other features and equipment have been carried over from the current Nano CX trim. It will available in three colours- silver, gold and white.

Tata has already stopped production of the CX and LX trims of the Nano and dealers are clearing out the stock to make way for the new variants. The company hasn’t even gotten close to selling the car in numbers they had expected at the time of conception or launch with last month’s sales standing at around 1,700 units. This can be mainly attributed to the Nano’s cheap car image and Tata is trying hard to change that and make the car more appealing especially to the youth.Its closest competitor on the market is the Alto 800 but not really in the true sense. Actual competition is probably with used cars and maybe even bikes.