The new Tata Tigor notchback is based on the Tiago and looks like a logical successor to the Indigo eCS. The Indigo eCS became the first compact sedan to launch in India. Now the Tigor will become the first sub compact sedan in our market. Tata Tigor Price starts at Rs 4.70 Lakh and bookings are already underway across Tata dealerships and online. We have come up with a detailed test drive review of the Tigor and you can check out all the available details in our post here. ALSO SEE- Tata Tigor Test Drive Review 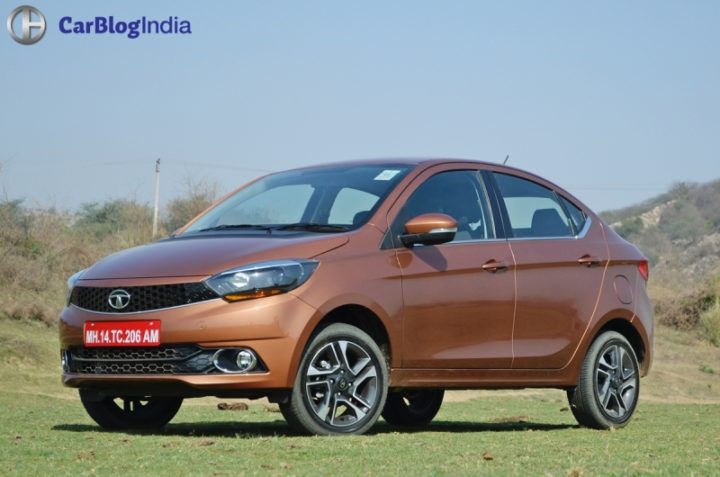 While engine options are the same as the Tiago, the Tigor is heavier. This means the overall fuel efficiency could be slightly less than the Tiago’s ARAI figures. 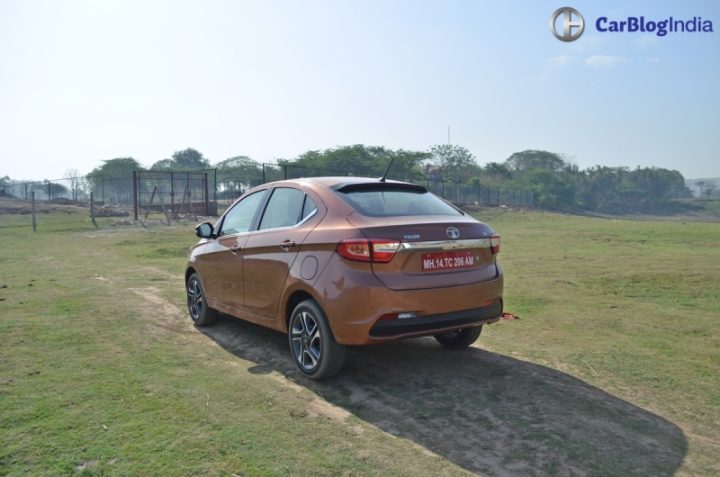 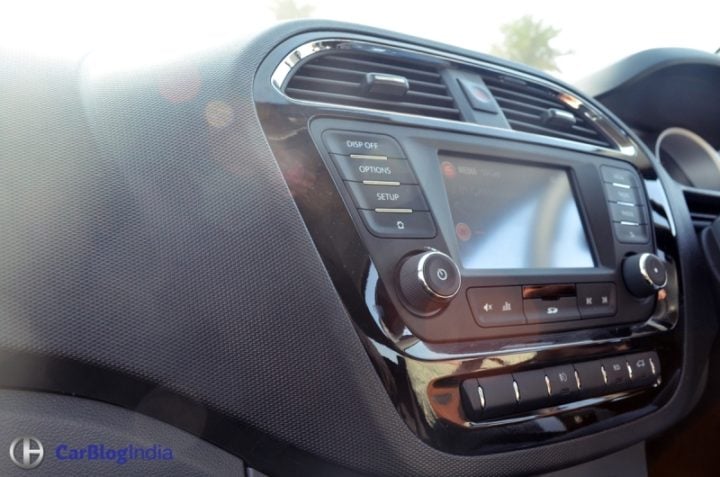 Mostly, the new Tata Tigor will rival the Chevrolet Essentia Compact Sedan that could also be launched in coming months. Also, the upcoming Tiago-based sedan will indirectly also rival the base trims of-

The Tigor shares in plenty with the Tiago. It shares most of the panels with the donor hatchback. The front-end is mostly the same. However, the rear-end, thanks to the notchback, is completely new. So, basically, the design of the Tigor is bog similar to the Tiago till the B-pillar, after which the major difference arises out of the longer rear overhang. Up front, the Tigor sports blacked out headlamps with projector units. 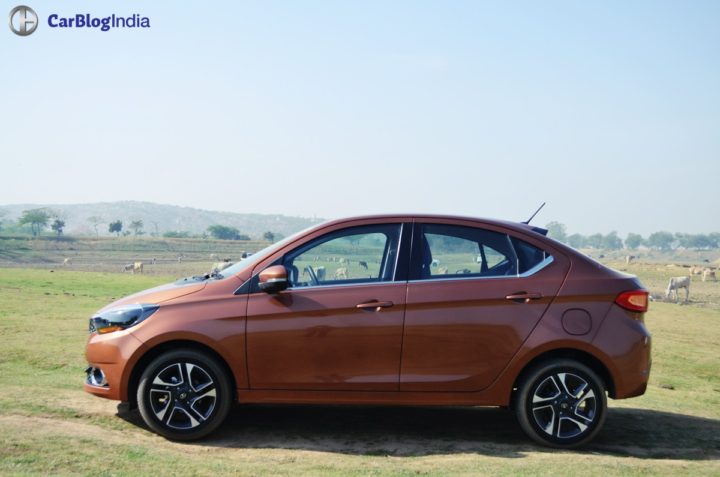 The rear is very stylish and features a notchback styling. It features a pair of split taillights with LED fixtures. The rear bumper sports a black insert and some chrome appliques. This recessed black element also houses the reflector units and reverse lamp. There’s also a roof-mounted rear spoiler featuring the secondary full-length stop lamp. The petrol top end variant gets 15 inch alloys, while the diesel top end only gets 14 inch alloys. 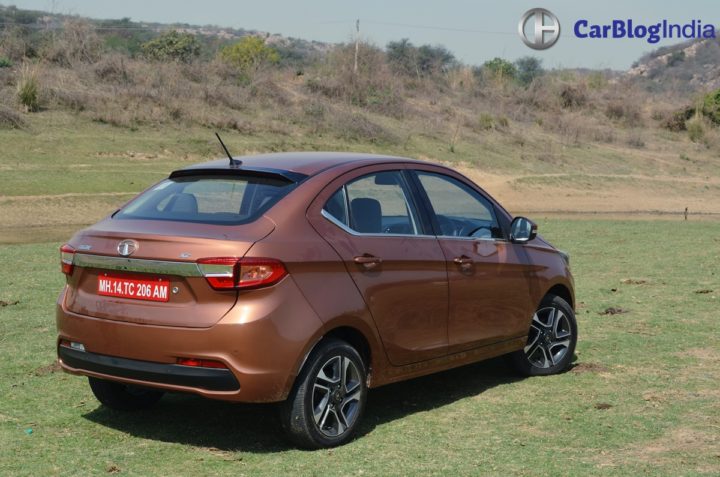 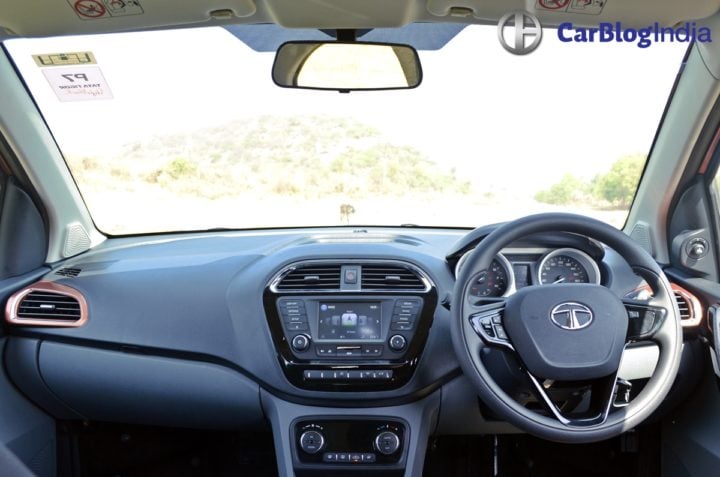 Akin to the exterior, the interior of the Tata Tigor mimics the Tiago’s cabin. It gets same dark treatment with glossy black highlights. However, it features additional equipment. On higher variants, the manual aircon controls have been replaced by an automatic climate control setup. This car too gets a short-diameter three-spoke steering wheel that boasts of audio/telephony controls on the higher variants. Other highlights of the cabin are – 2-DIN audio system with touchscreen functionality, rear defogger, and electrically adjustable ORVMs. The image above is that of the Tata Tigor Copper Dazzle shade. It features body colour highlights in the cabin to match the exterior paint shade.

Stay tuned to CarBlogIndia for more on the Tata Tigor Launch Date, Prices, Specifications, Mileage and Dimensions. Also watch this space for a test drive review of the new Tata Tigor sedan.