It is being said that the Innova Cross would be launched in mid-2016, probably around September. It maybe noted that Toyota has axed the production of current Innova to make way for the Crysta. However, the Innova Cross will bring the current model back to life. Selling the previous gen Innova (as the Innova Cross) along with the Crysta makes a lot of sense as the two models will have different target customers. The more premium is likely to appeal more to private car buyers looking for a slightly luxurious experience. The Innova Cross, on the other hand, will rival the likes of Mobilio and Lodgy and will appeal to fleet operators. The previous gen Innova is a highly trusted model and the Cross variant will benefit from the image that the donor vehicle enjoys.

While the current generation Innova isn’t very attractively priced, the Innova Cross is expected to be priced significantly lower, all in a bid to take the fight straight to the models like the Honda Mobilio, Maruti Ertiga and Renault Lodgy.

Also See-  Innova vs Lodgy vs Ertiga vs Mobilio

While the new Toyota Innova Crysta gets a set of new-age engines, the Innova Cross will have to make do with the current 2.5-litre oil burner. This engine belts out a max. power of 101 bhp and peak torque of 200 Nm.

Mileage – The Innova Cross could benefit from a fuel mileage of roughly 10 kpl in city and upto 13 kpl on highways. 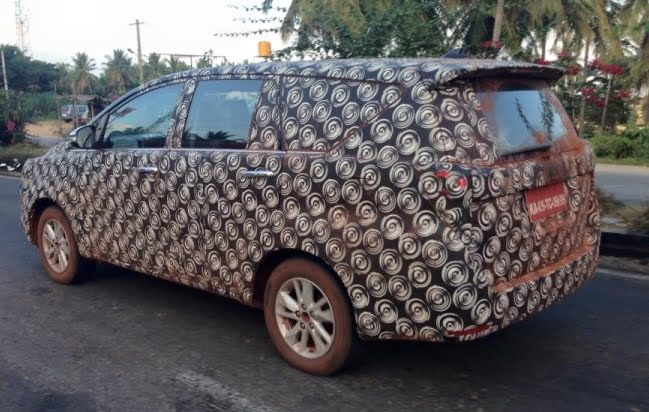 The new Innova Crysta will come with three new engines – a petrol and two Diesels. The petrol motor displaces 2.0-litres and outputs 139 PS-18.7 kgm. The smaller Diesel motor displaces 2.4-litres and outputs 150 PS-343 Nm. Both these engines benefit from Eco and Power modes. Also available will be a 2.8-litre Diesel that outputs 174 bhp-360 Nm. Transmission options include a 6-speed MT and a 6-Speed Auto. 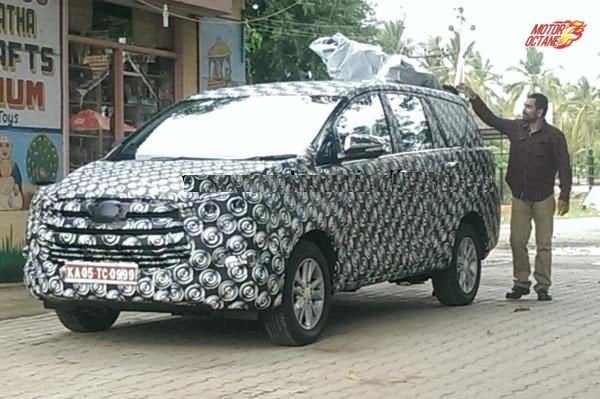 As we mentioned, the Innova Cross will share its engine with the current Innova. This means that the fuel mileage will also be similar. Hence, expect the Toyota Innova Cross mileage to be in tune of 14 kpl in mixed driving conditions.

As we said, the Innova Cross will take design cues from the Etios Cross. It will get a plastic cladding all around its exterior. It will also get a new grille, new set of bumpers and faux skid plates. The headlights, well-chiseled hood, rear roof-mounted spoiler, etc. will be carried over from the current model along with the basic design. The new model will ride on stylish 15-inch mag wheels that will come shod with 205/65-spec rubber. Talking about the dimensions, it will be same as the previous-gen Innova. This means that the Toyota Innova Cross will measure 4,585mm in length, 1,765mm in width and 1,760mm in height. It will have a wheelbase of 2,750mm.