Okay, we understand that the two cars we are comparing here aren’t in the same price segment. Heck, they aren’t even from the same category of cars. While the Innova Crysta is the newest iteration of Toyota’s popular people-mover, the Fortuner is a true-blue SUV that is pretty competent even off the beaten tarmac. However, there’s still a close connection between these two. Yes, both of them are sold by Toyota but this ain’t all that’s common. Both of these are closely related to the Toyota Hilux. While the Innova Crysta’s roots lie in the latest generation Hilux, the last-gen Fortuner that is on sale here is closely related to the last generation of the aforementioned Toyota pick up. Earlier there was a price difference of over INR 10 lakhs between the fully loaded Innova and the entry-level Fortuner. Now, however, there’s a difference of just INR 5 lakhs. True, that’s still a lot of money but the reduced price gap does put them into somewhat the same consideration set. Also, until the advent of the New Toyota Fortuner, the Crysta comes across as a more modern, more plush and more feature-rich option. So let’s see if the old gen Fortuner can fend off the heat from the much more modern Innova. Read about all the aspects in our Toyota Innova Crysta vs Fortuner comparison here-

Both the models here get Dual Front SRS airbags, ABS, Keyless Entry, In Car Entertainment with Bluetooth and Touchscreen. Sat-Navigation, Alloy Wheels, Tilt & Telescopic Steering and Climate Control. However, the top-end Innova Crysta also comes with some features that aren’t available on the base Fortuner. These are-

Hence, it is clear to see that the Innova Crysta offers many more features for almost INR 5 lakhs lesser!

Both the new model Innova Crysta and the Fortuner are on sale in India with two engine options. While the top-end Innova gets a 2.8-litre engine, the base model Fortuner comes with a 3.0-litre engine. However, the Innova is still slightly more power and enjoys more torque. In comparison to the Fortuner’s 169 BHP, the Crysta gets 172 BHP. Also, while the Innova gets 360 Nm of torque, the Fortuner gets only 343 Nm. Another big difference is in the transmissions. In comparison to the Fortuner’s 5-speed Manual Transmission, the Crysta’s top-end model gets a 6-speed Automatic. Talking purely in terms of engine specifications, the Innova Crysta offers a better package here. The only area where the Fortuner zooms ahead is in the off-road prowess. But then, neither of these models come with a 4×4 and how often does a Fortuner goes for some real off-roading?

Now the Indian car market is highly fuel conscious. Even in the higher price segments, the buyer tends to opt for a car with a higher fuel mileage than outright performance. Between the Innova 2.8 and the Fortuner 3.0, the former is marginally more power. However, it is also much more fuel efficient and offers a considerably higher fuel mileage. All this means that the new Innova Crysta, thanks to its new age engine, is not only more potent but is also more frugal.

Apart from these, the Innova Crysta is also better built and the interior comprises of higher quality materials. In terms of dynamics too the Crysta is ahead of the Fortuner. As we said, the only area where the Fortuner zooms past the top-end Innova is in off road application. Elsewhere, there’s nothing much that the Fortuner offers to justify a premium of over INR 5 lakhs over the top-end Innova. Unless of course you can’t do without those daunting SUV looks. 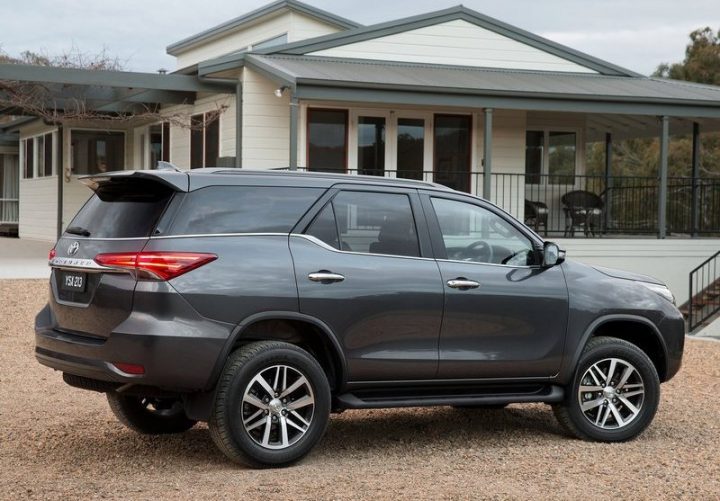