The Yamaha line up of the motorbikes have changed a lot in the span of a single year and the process is still in continuation. Now the next step in this transformation has been rumored to be the naked avatar of the R25 for quite some time, but the now the same has been somewhat confirmed. The news on the Visordown has it that a leaked document in Indonesia has confirmed the commencement plan of the production of a new machine code named MTN 250 in the next year of 2015.

Now given to the fact that the production facility in Indonesia produces the R25 as well it is can be expected that the Yamaha MT25 will be a naked version of the R25 or will at least have the similar engine. The speculations seem correct as the  Yamaha has already built MT 125 as a naked version of R 125. 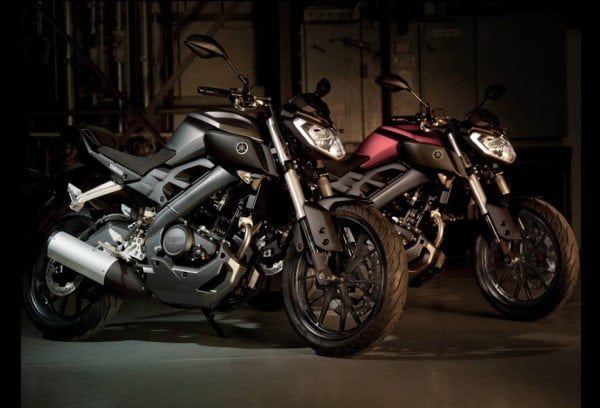 For now if we believe that the car will have the same R 25 engine then the bike will have a 249 cc, parallel-twin, 8-valve, liquid-cooled engine which will supply 36 PS of power and 22.5 Nm of torque to the bike. There are other news as well expecting the new bike to be inspired by the R3 in which case an engine of capacity 321 cc will be used and this also puts a question mark on the name of the probable launch. though MT-250 or MT-320 suits the scenario given to the MT-125’s name.

The bike’s entry in India will only be commented after the expected launch as if now please do follow us for the whereabouts of this project. The Yamaha has been active recently on the International scene with the reintroduction of the 30 year old platform SR 400 and the XJR 1300 with the 20 years of evolution but the Indian enthusiasts still await the launch of R 25 and R 3 bike models. The FZ model of the company has only received average reception in the naked bike segment but the hopes are high for the new under testing bike to launch here soon after the International launch.