The updated EcoSport gets minor cosmetic changes and a more powerful oil burner. Check out our 2016 Ford EcoSport Review for all the details

The Ford EcoSport needs no introduction. Launched here in June 2013, this compact SUV has been among the most successful products from the Indian subsidiary of Ford, and has went on to become a popular choice for many first-time SUV buyers. Quite obviously, then, the Ford EcoSport is an important product for Ford India, and the advent of fresh rivals such as the Mahindra TUV300 has prompted Ford to update an already well-rounded to make it an even more alluring proposition. Here’s our 2016 Ford EcoSport Review to give you a better idea of the recently refreshed car. 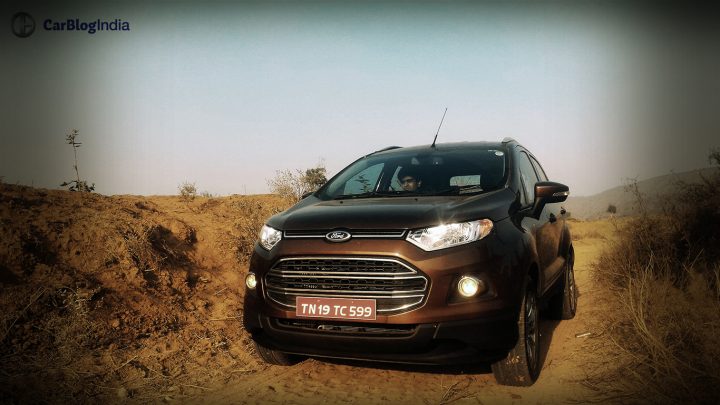 Looks the Same. .No? 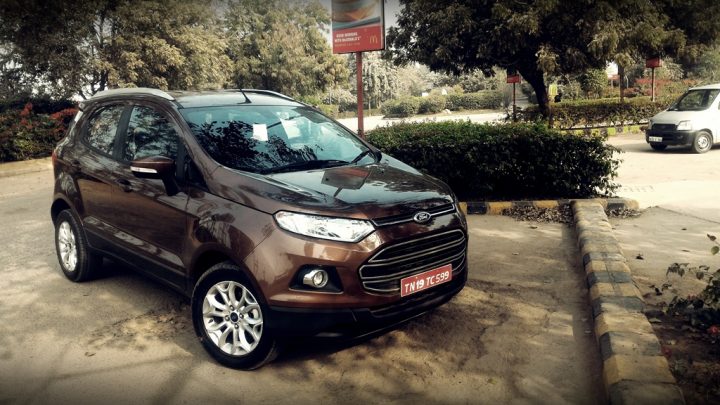 Well yes, almost. The EcoSport has always been a handsome car and for the 2016 model, Ford has decided to refrain itself from making any dramatic changes in the design & styling department. On the contrary, it takes a really well-trained eye to spot the visual differences between the post- and pre-facelift models. The biggest visual change is a set of re-styled headlamps, which now feature DRLs and hence, infuse some freshness into an almost 4 year-old design. Apart from this, the only other visual change on the outside is the addition of ‘Golden Bronze’ paint.

Like we said, the EcoSport is a good-looking car. We reckon, however, that a more comprehensive set of aesthetic changes, probably in the form of an updated front fascia, new taillights, and mag wheels, would have helped this car look a lot fresher. 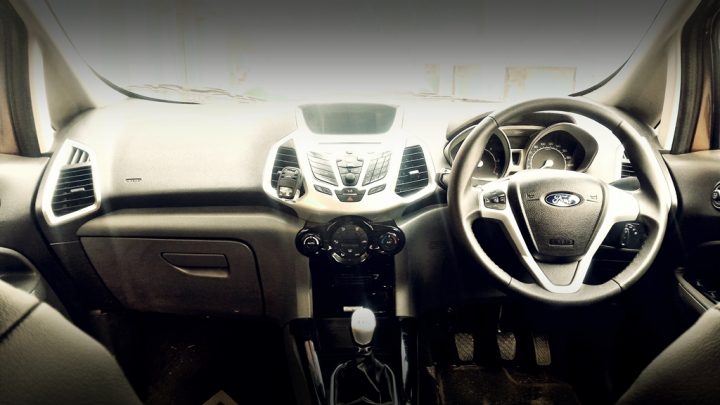 While there aren’t any dramatic changes inside the 2016 EcoSport, the updates here are definitely more comprehensive in natures than the ones for the exterior. The top-of-the-line model now comes with a chrome pack, which brings in chrome accents for instrument binnacle, door handles and other parts of the cabin. The top-end variant also gets leather-covered steering wheel and handbrake lever. Other than this, the EcoSport also gets a set of new features, which comprise of –

The 2016 EcoSport features really minor visual updates, but there’s a major update under the hood. The 1.5 TDCi turbocharged Diesel motor, which earlier produced 91 PS-204 Nm, now churns out 100 PS-215 Nm. On the move, the torque delivery feels a lot more linear now and there’s also a slightly improved top-end performance. Apart from a slightly punchier motor, the 2016 EcoSport also seems to benefit from better NVH levels than the pre-facelift model. Thanks to the advent of a re-tuned Diesel motor, the EcoSport 1.5 TCDi becomes an even better mile-muncher and makes for a really relaxed highway cruiser.

Other than the changes listed here, the 2016 EcoSport remains largely similar to the model it replaces, which means its ride & handling manners remain totally unchanged. It has been a long-acknowledged fact that Ford has done a near perfect job with tuning the EcoSport’s suspension for Indian road conditions,. The suspension soaks in most of the undulations with ease, and it is only when the terrain gets really rough that the occupants might experience some discomfort. The EcoSport also boasts of sporty handling characteristics and sudden lane changes at high speeds aren’t really unnerving. The wide tires offer ample grip and it is only when you attack a corner at speeds above, say, 130 km/h, that you might want this car to feel more poised. 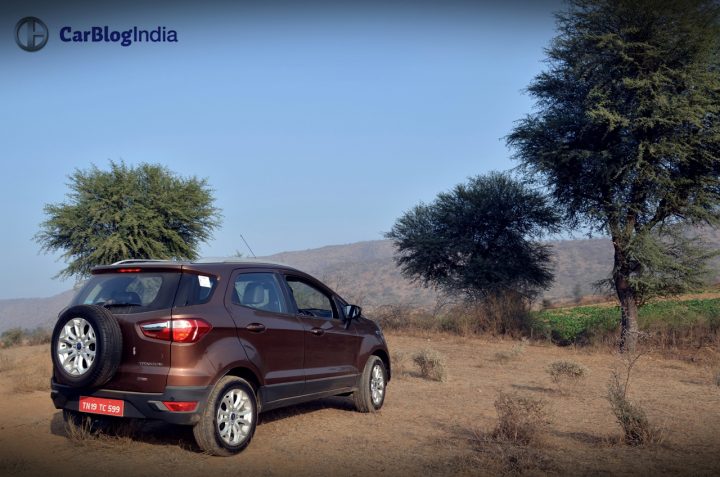 The EcoSport has always impressed us with its potent motors, decent ride & handling manners, a considerably long list of features, and competitive price tag. And the 2016 model, armed with a more powerful Diesel engine and a handful of new features, pretty much enhances the appeal of this compact SUV. Look no further if you’ve always fancied a practical yet a fun-to-drive Diesel-sipping compact SUV.