It is not secret that the current generation CR-V on sale in India has not been very successful in India. While the previous two generations managed to sell in decent numbers, increased competition, rising costs and the lack of a diesel engine option can be cited as the major reasons behind its struggle in India. In October 2016, Honda took the wraps off the new fifth generation CR-V. It is already on sale in the USA and will be launched in ASEAN markets such as Thailand this year. Reports suggest the 2017 Honda CRV India launch could take place by the end of 2017. Expect the new model 2017 Honda CRV to cost upwards of Rs. 25 lakhs in India. 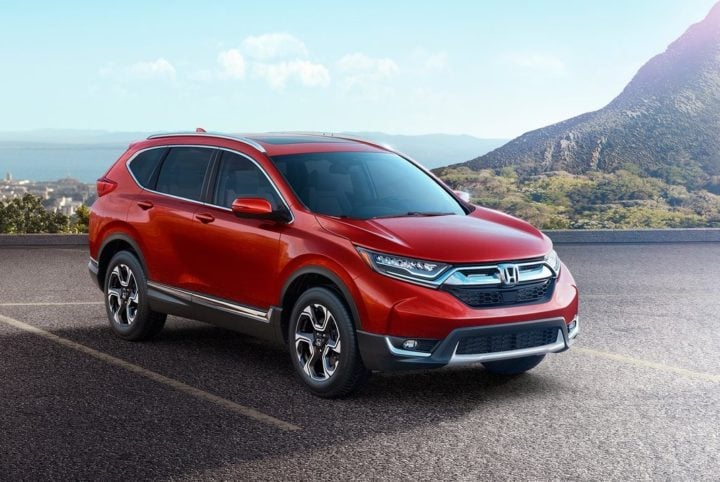 While Honda is yet to confirm any of its future plans, it is being widely reported that the next generation CR-V is definitely India bound. However, we’re not expecting the Honda SUV to come to us before the Auto Expo 2018. The next Indian auto show is slated to be held in the early February, 2018. The CR-V launch date will therefore fall around Q1, 2018.

The next generation CR-V, that will soon go on sale in the Thai market, made its public debut at the Los Angeles Auto Show in November 2016. It will be sold with a 2.4 L petrol and a 1.6 L diesel engine in Thailand. Honda could consider bringing the same set of engines to India as well.

The upcoming Honda CRV is bigger than the current model. It will also cost a bit more. The 2017 Honda CRV price in India is likely to start from Rs. 25 lakh (ex-showroom). The top of the line AWD variant could touch 30 lakhs almost. Honda might consider launching the CR-V in India with a diesel engine. 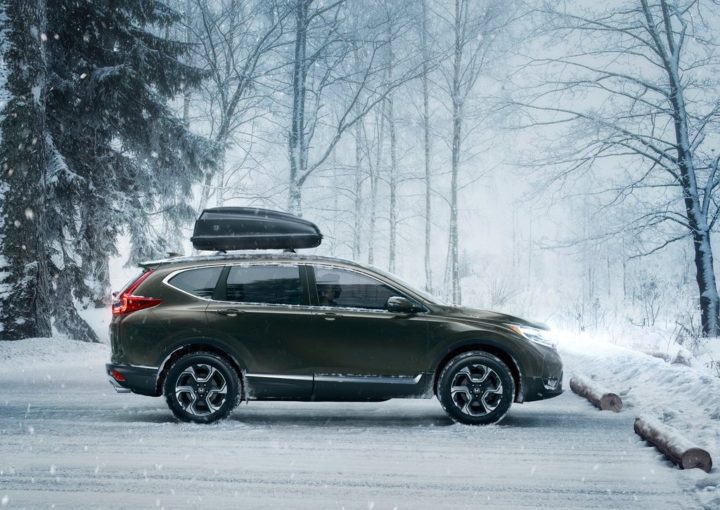 While we’re not sure what the engine lineup for India will comprise of, the CR-V is likely to feature a 2.4 L petrol engine and a 1.6 L diesel engine. These are the same set of engines that the Thai-spec CR-V will get. Also on the cards could be a 2.0 L petrol hybrid powertrain. If Honda decides to assemble the CR-V in India, then it will be able to reap significant monetary benefits thanks to the Indian Government’s FAME scheme for hybrid and electric vehicles.

The design of the new CR-V builds on the current SUV’s profile, infusing Honda’s current design language into its exteriors. Up front, the new CR-V gets a sharp nose thanks to sleek LED headlamps and tasteful usage of chrome. The side profile, especially the window line, bears some resemblance to the outgoing model. At the back, the new 2017 CRV features high mounted L-shaped stop lamps that get LED detailing. Honda has been generous with the usage of chrome all around the SUV. The front bumper, side skirts, window area, and the rear, all feature chrome highlights. It also features dual tone alloys, black body cladding and roof rails that add to the crossover/SUV look. 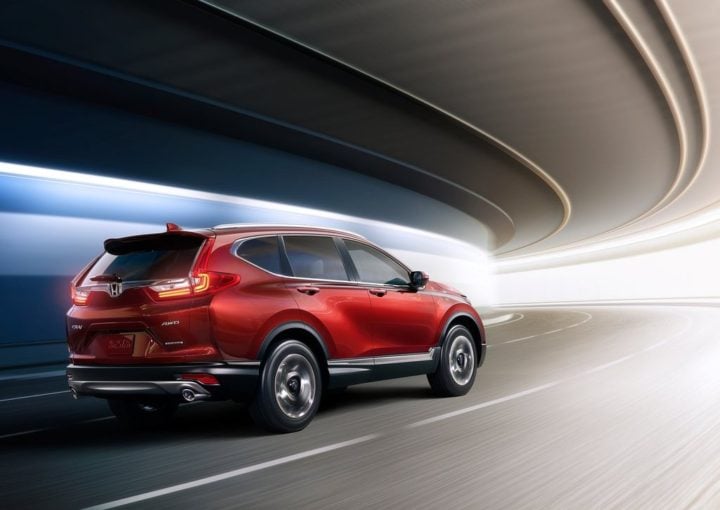 The insides feel plusher and boast higher levels of sophistication too. Like the current CR-V, the gear stick is mounted on the dashboard and not between the driver and co-passenger seat. The steering wheel looks quite similar to that of the new Honda Civic. Behind the steering wheel, there is an all-digital instrument console, which could be customisable. There is a 7 inch touchscreen that controls the infotainment system on offer as well. Depending on the market, the dashboard will get either an all black treatment or a black beige combination. To add to the premium feel, the dashboard also features wood inserts. Like the Honda CR-V for Thailand, the one that comes to India will also feature a 5+2 seating layout. 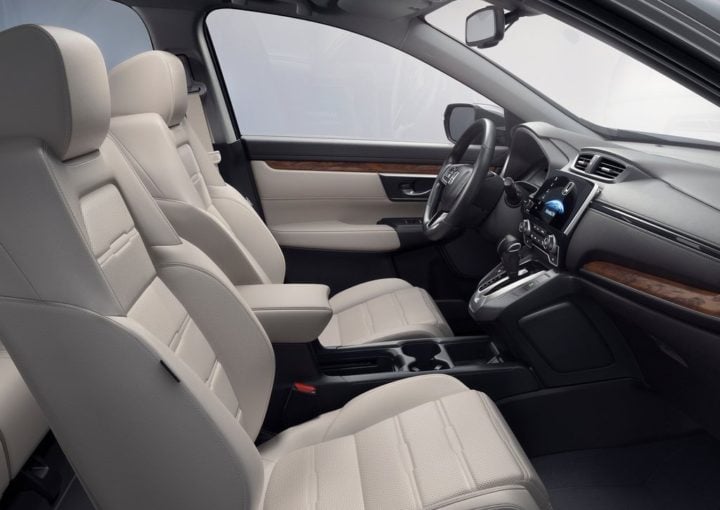 In the US, the CR-V gets a 2.4 L Petrol and a turbocharged 1.5 L petrol engine. While the former makes 184 hp and 244 Nm, the latter produces 190 hp and 243 Nm. For India, Honda is likely to bring the 2.4 L petrol. Also, a 1.6 L diesel could find its way into the CR-V’s engine lineup. This 1.6 L unit powers the UK-spec CR-V currently and produces 160 PS and 350 Nm. Or, the upcoming 2017 Honda CR-V could follow in the footsteps of the Accord and get a 2.0 L hybrid powertrain. We’ll be able to give you a better idea about the CRV’s engine and transmission options closer to its launch in India.

Do you think the 2017 Honda CRV India launch makes sense? Do let us know via the comments section below. And follow us for all the latest news and reviews from the automotive world.