Check out the Best Cars of the Ambani Family

Check out the list of the best cars of Ambani Family. Fully armored to Sportscar, he has it all. Amongst the 168 cars that he has, we talk about the most expensive ones that he has.

Mukesh Ambani is the richest man in India and comes in the top 10 richest people of the world. He also has one of the costliest homes, Antilla, which is valued at over 1 Billion Rupees. Meanwhile, all his wealth can be seen in the car collection that he and his sons have. A personalized fully armored Mercedes S600 Pullman Guard is the main car that Ambani uses. He has around 168 cars in total, but here, we give you the most expensive and unique ones in his garage. Rolls Royce, Aston Martin, Bentley, you name it. Some are factory versions while some are heavily fortified, as the richest man of India gets Z-security cover. Check out the list of his cars ahead.

Here are all the details of some of the famous cars of the Ambani family. 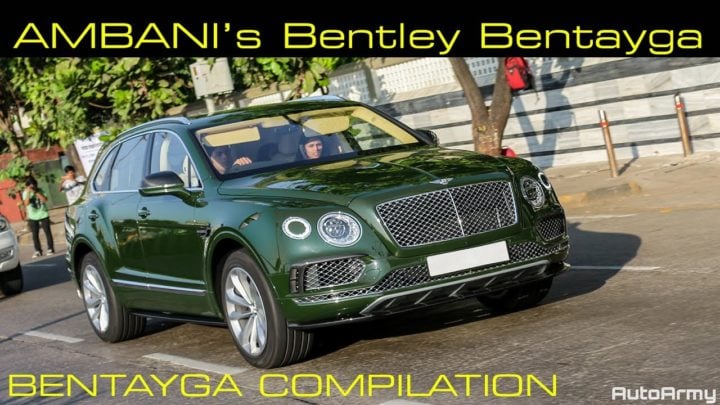 One of the most notable cars of Ambani family is the Bentley Bentayga. The Bentayga’s claim to fame is its title of being the world’s fastest production car with a true top speed of 301 KMPH. Powering the Bentayga is a 6.0-litre V12 engine that outputs a gargantuan 600 BHP max. power and 900 Nm torque. This SUV has a 0-100 KMPH timing of 4 seconds. Used by Akash Ambani, this Bentayga is painted in a shade of British Racing Green and has carbon-fibre finish on its door mirrors. 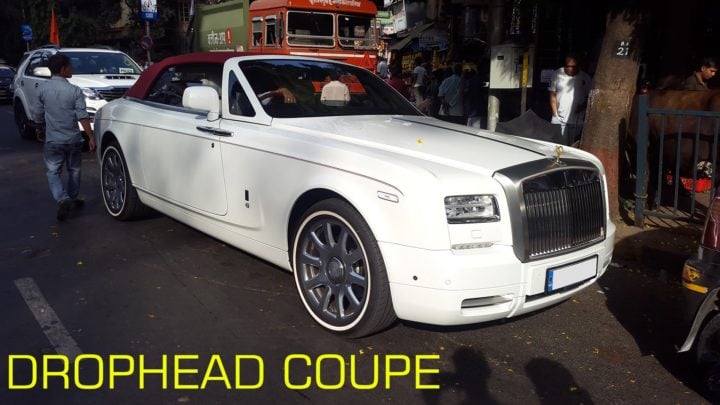 While the elder son uses the Bentayga, Anant Ambani, the younger son, gets a really cool Roller. His Phantom Drophead Coupe costs ₹ 7.6 Crore and comes with a 6.75-litre V12 Petrol engine that outputs 454 BHP and 720 Nm. The car can hit 100 KMPH from a standstill in little over 5 seconds.

Easily among the safest cars of Ambani household, this one’s no ordinary Bimmer. The BMW 760 Li of Ambani is a bulletproof car that offers Z-level security to protect its rich occupants even from bomb explosions. This car was imported from Germany, for which Mukesh Ambani paid a 300% import duty. He further spent ₹ 1.6 crore on its registration. Total damages? ₹ 8.5 Crore only. 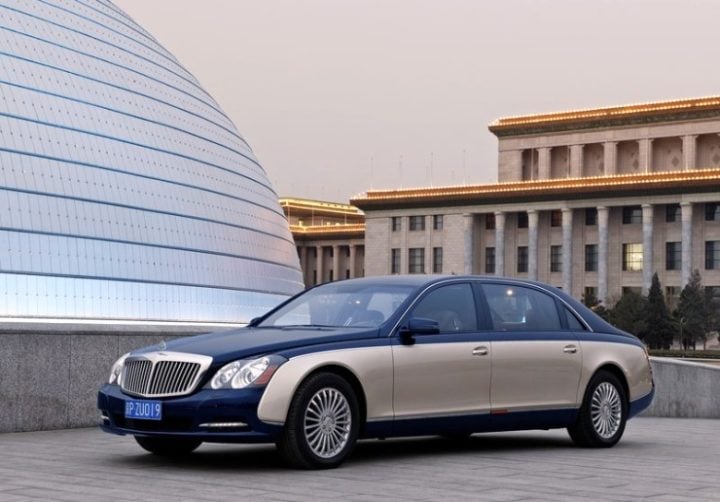 The Maybach is 62 has got but old but is still a noteworthy model among all the cars of Ambani. Rumour has it that Mukesh Ambani was the first Indian to buy this car. It was a gift from him to his wife Nita Ambani. The car is powered by a 6.0-litre V12 that outputs 620 BHP and whopping 1000 Nm of torque. It can dismiss 100 KMPH from standstill in 5.4 seconds. 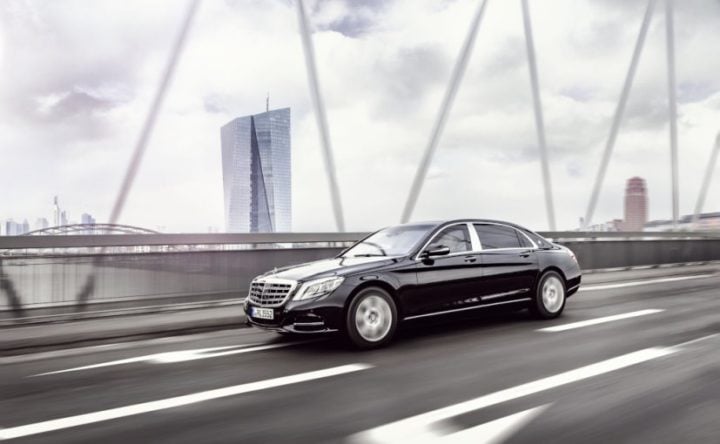 This is another armoured car in Mukesh Ambani’s garage. Weighing almost 4.7 tonnes, it’s propelled by a 6-litre V12 that outputs 523 BHP and 830 Nm. The car can go from zero to 100 KMPH in 7.9 seconds. It has an electronically limited top speed of 190km/h. 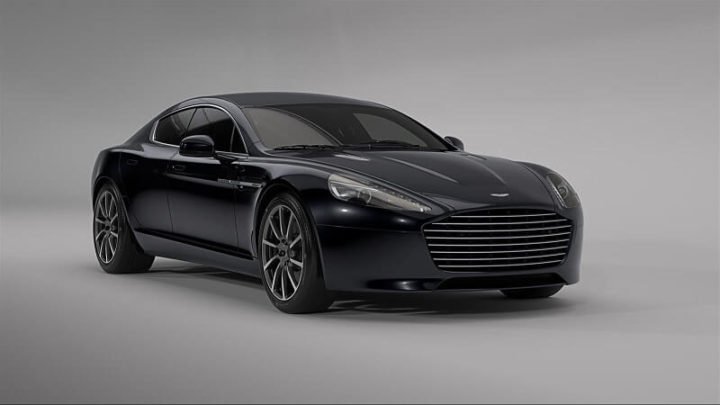 Infamous for car controversial car crash a few years ago (see the below picture), the Aston Martin Rapide is another cool car in Mukesh Ambani’s huge garage. It’s powered by a 5.9-Litre Petrol engine that outputs 470 BHP and 601 Nm. Price? Just ₹ 3.88 Crore. 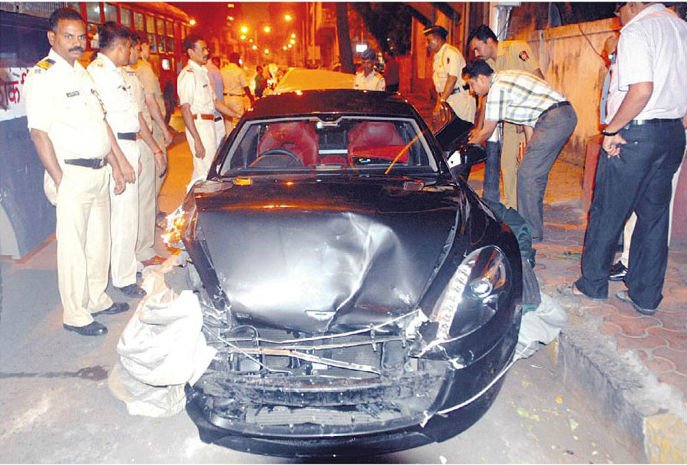 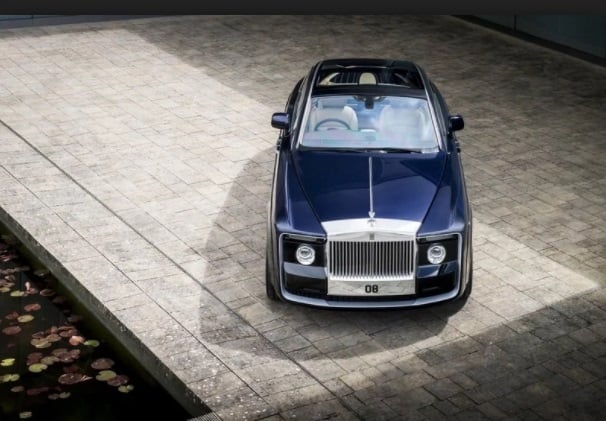 The Phantom is the second Roller among cars of Ambani. This popular Rolls Royce comes with the same 6.75-litre V12 Petrol engine that powers the Drophead Coupe. It outputs 453 BHP and 720 Nm. 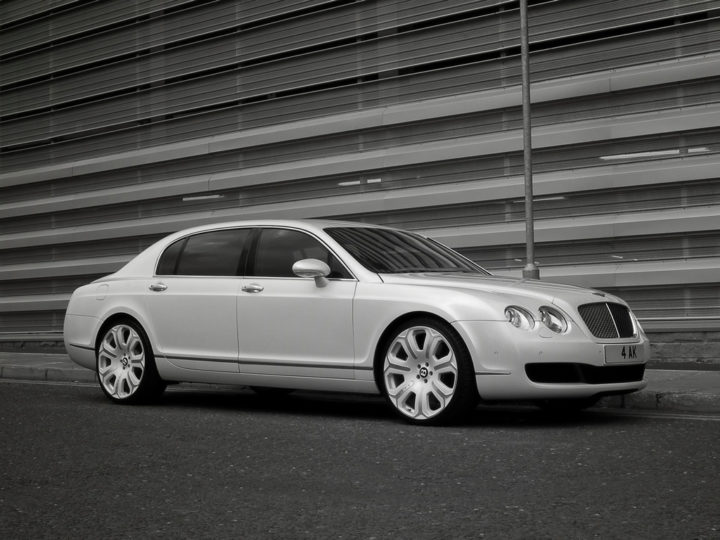 Another limo among all the cars of Ambani is the Bentley Continental Flying Spur. It comes with VW’s famous 6-litre W12 engine that outputs 626 BHP and 820 Nm.

Cars of Ambani – List of all Famous Cars of Mukesh Ambani

So which is these cars of Ambani is your favourite? What do you have to say about all these cars of the Ambani family? Do share your views in the comments section below. Also, stay tuned to Car Blog India for more such posts.