The Ford Figo has just got a ‘Sports’ edition! Called as the Ford Figo S, the new model has a starting price of Rs 6.31 Lakh (ex-showroom). The Figo S is based on the Titanium variant and carries a host of visual updates that come together to give a sporty touch to the already well-sorted product. Read on for all the available details on the new 2017 Ford Figo S. 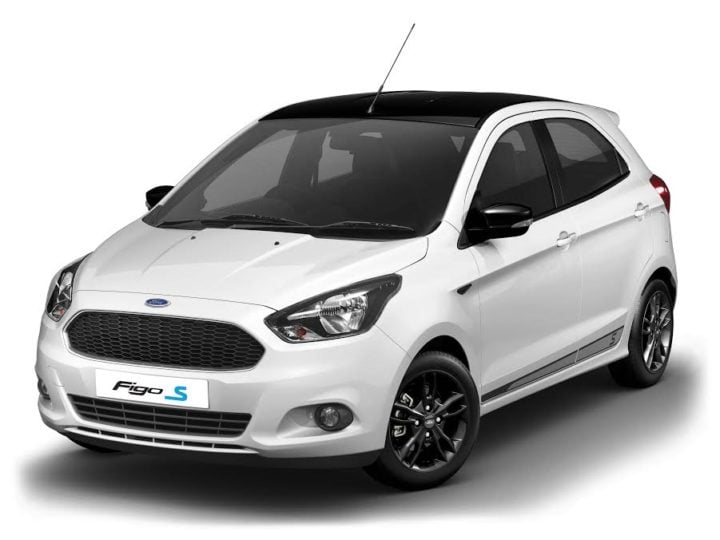 The 2017 Ford Figo S is based on the Titanium variant. Hence, in the Figo model range, it find itself sitting between the Titanium and Titanium Plus trims. The Figo S commands a premium of roughly Rs 50,000 over the Titanium trim.

The Figo S gets a handful of visual updates for the exterior. We will talk in detail about these feature additions in the next section of this page. On the inside, the car gets the same features as the Titanium Plus variant.

The Ford Figo S offers the above features. Other than these, being based on the Titanium trim, it also offers all the features that come with the regular Titanium variants. Safety features include six airbags (from the Titanium+ trim) and ABS.

There isn’t a significant change in the specifications of the new Figo Sports edition. However, the 15-inch wheels, along with the very tasty 1.5 Diesel and Petrol engines, is sure to make the Figo considerably sporty to drive.

Fuel efficiency figures of the Figo S are slightly lower. It’s noteworthy here that the new Figo offers a good mix of performance and mileage. The Diesel model, which comes with a stonker of a Diesel engine, offers an ARAI-certified mileage of 24.29 KMPL.

Stay tuned for latest news updates and test drive review of the new 2017 Ford Figo S. Do you think the new Ford Figo Sports Edition will help boost sales? Do let us know via the comments section below.