Honda has been testing the Honda CRV 2012 new model in USA for some time now. The new global model is due for its global launch in early 2012 and is expected to hit India roads later in 2012. We have already shared many spy pictures of Honda CRV previously but they were mostly exterior images with heavy camouflage. There was one official picture of Honda CRV exteriors revealed by Honda in July. This time, we have spotted some pictures which show Interiors as well as exteriors in a more clear way. 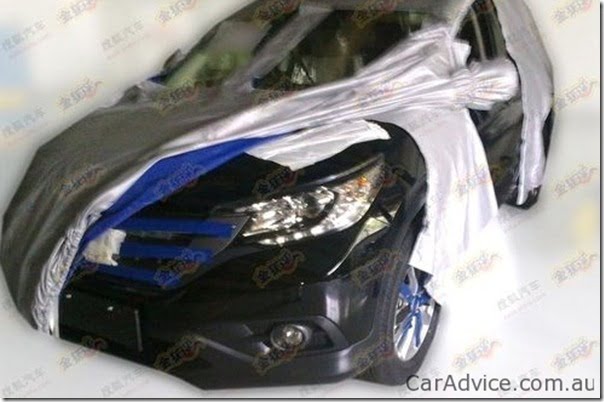 The picture shows Honda CRV Japanese variant with automatic transmission. The instrument cluster includes large speedometer dial I the center and tachometer and other dials on the sides. 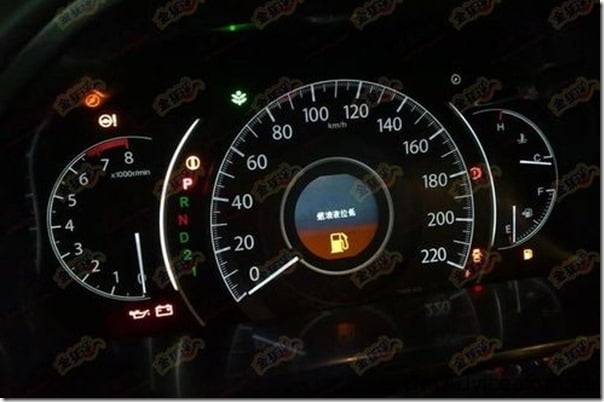 The central console has more rounded buttons and knobs with black, grey and chrome touches. The engine start stop button is also visible behind the steering wheel. 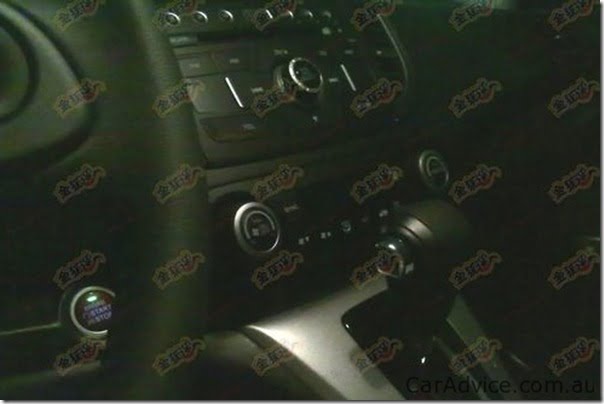 There are steering mounted controls and three spoke steering wheel has some touches of silver colour on black. 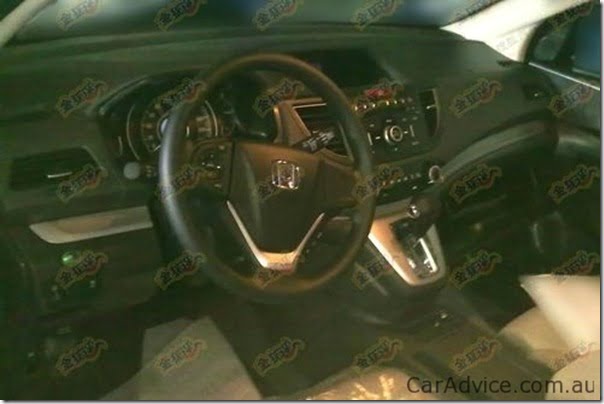 The rear of the car is not so well visible in the image, bit gives an impression of pretty large boot and tail lamp cluster reaching till the roof of the SUV. 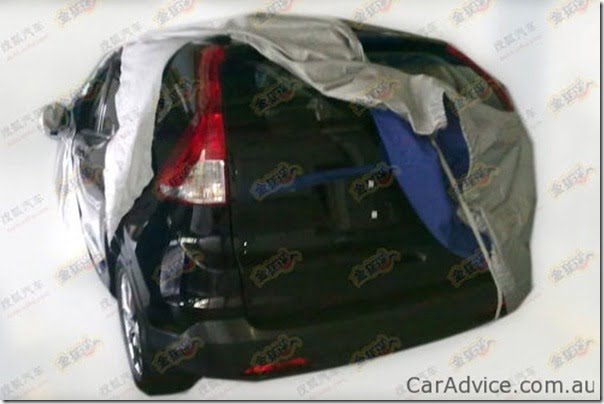 We will share more information on the 2012 CRV as soon as its revealed. To get latest updates, you can stay tuned to us by liking our official Facebook Page and signing up for our free email newsletter.