The upcoming Mahindra XUV300 is derived out of the SsangYong Tivoli. That said, it is going to debut in India with classic Mahindra styling. It is going to compete against the likes of Maruti Vitara Brezza and Ford EcoSport.

Mahindra and Mahindra is currently working on a compact SUV for the Indian market. In the automaker’s model line-up, this vehicle will find its place in-between the TUV300 and the Scorpio. Likely to be called the XUV300, this new SUV is going to stand as a premium alternative to the Mahindra TUV300. Furthermore, the Mahindra XUV300 is going to take its inspiration from the SsangYong Tivoli and hence gets the former’s X100 platform. Its primary competition is going to be the major players in the compact SUV segment in India. Consequently, these are the Maruti Suzuki Vitara Brezza and Ford EcoSport among the others. 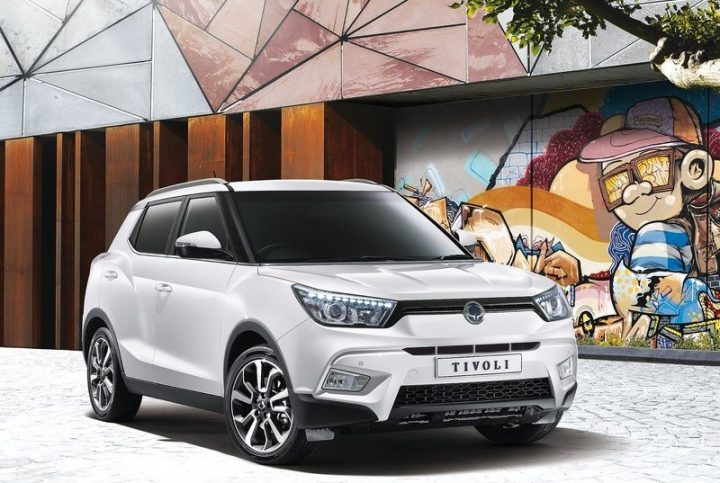 As we have mentioned before, the Mahindra XUV300 is going to sit in-between the TUV300 and the Scorpio in Mahindra’s line-up. Furthermore, it is going to compete in the compact SUV segment in our country. Hence, expect the prices to fall in the range of INR 8 Lakh to INR 11 Lakh. If Mahindra manages to keep the prices aggressive, the XUV300 stands a genuine chance at making a sizable impact on the segment. Also Read: Mahindra U321 MPV to Get A 1.5-Litre Petrol Engine- Report

We expect Mahindra to launch the XUV300 in India sometime around the second half of 2018. The homegrown automaker has several new products lined-up for our market. Apart from this compact SUV, Mahindra is also going to launch a 7-seater MPV, codenamed U321. This vehicle will compete against the likes of Tata Hexa and the Toyota Innova Crysta. Furthermore, the automaker is also going to debut a premium XUV, based on the SsangYong Rexton. We saw the first glimpse of this vehicle at the 2018 Auto Expo this year. Also Read: Mahindra And Ford To Jointly Develop Mid-Size And Compact SUVs

Since the XUV300 is going to take its inspiration from the SsangYong Tivoli, expect it to get a very stylish exterior profile. However, Mahindra has said that apart from sharing the platform, the two SUVs will have little in common. That said, going by the spy images of the test mules, we believe that the basic silhouette of both the cars will remain the same. This means that the XUV300 is going to get a very sharp and sporty aesthetics. Also Read: Mahindra Working On Lamborghini Urus And Bugatti Chiron Rivals- Report

Mahindra can introduce the same dashboard layout in this new SUV that we get on the XUV500. However, we cannot deny the fact that it will share its elements with the one that the Tivoli gets. Furthermore. the automaker will aim at making the cabin feel plush and up-market. Not only this, but the vehicle will get a lot of features and creature comforts. In addition to this, we expect the cabin to be very ergonomic and spacious. Also Read: Mahindra XUV500 Facelift Completely Revealed In New Spy Images

As mentioned, the Mahindra XUV300 is going to cost in-between INR 8 lakh to INR 11 lakh,. This will put it right in the centre of the current battle raging in the compact SUV segment in India. Hence, it will compete against the likes of Maruti Vitara Brezza, Ford EcoSport, Honda WR-V and the Tata Nexon.