I have been looking forward to Maruti A-Star’s launch since the time I have had a look at it in Auto Expo 2008 in Delhi. The car at Auto Expo 2008 (called the A-Star Concept) looks like this: 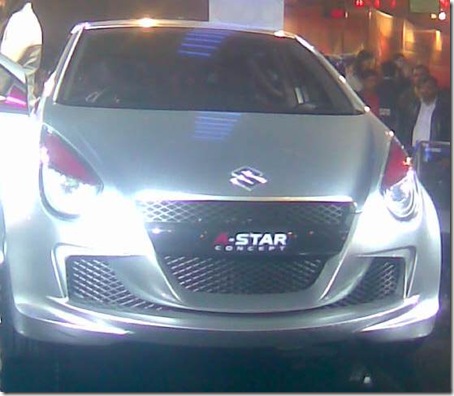 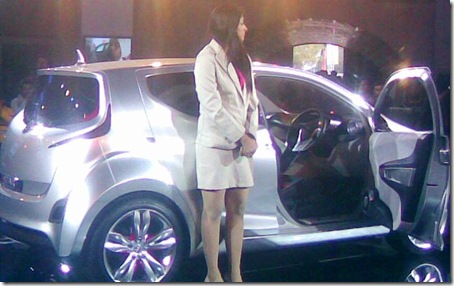 This is a concept car, the look and the features displayed in this concept are top-notch, but when you are going to buy an A-star starting this October 2008, don’t be carried away by above pictures, because the production model is going to be a trimmed down version of this concept version.

The actual car which you will buy will have:

3 – Cylinder Engine with 4-Valves per Cylinder

The A-star will be a car segment which will lie in between Alto and Swift . It will come at a segment approximately parallel with Wagon-R. The price of A-star will be between 3-4 Lakh.

The A-star will also be exported to European countries, where it will replace Alto. So, it will be called Alto in Europe and A-Star in India. In fact the real A-star will look bit different from the above concept car because of its Head-lamps, Tail-lamps and Grill styling.

Below are some pictures of the A-star that will be launched in Europe with name Alto, so you can expect the similar looks of A-star to be launched in India. 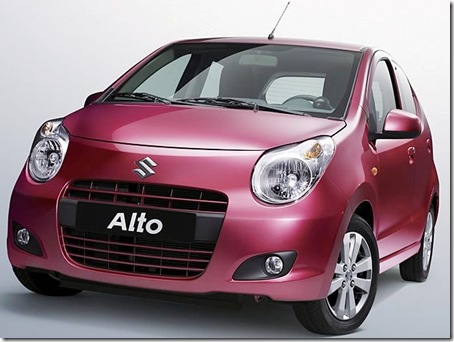 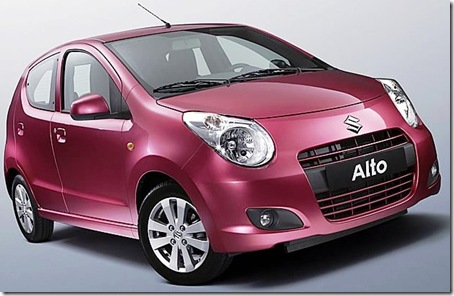 My personal views on A-star:

A-Star is going to be a good car because of its styling, fuel efficiency and pricing. It has got all good ingredients to attract buyers who want decent features at low price. If you want a value for money deal, it is for you. But if you are looking for top-notch luxury, its not the car for you. The styling is although good, yet it may not satisfy your need for high-luxury.

Its going to compete head on with Hyundai’s i10 and also going to be a competitor to Maruti’s very own Wagon R, because if I have to but a Maruti car in budget of up-to 4 Lakh, I would definitely buy A-Star rather than Wagon R.

If you want to buy A-star as soon as it is launched, I would say be patient. Let there be an official launch, take a test-drive and then decide. Also you must take a test drive of Hyundai i10 before taking a decision on buying A-Star, because I personally feel that you should never by a car until you take a test drive.

When I bought Hyundai i10 few months back, I was seriously considering Wagon-R also, but test drive was an eye-opener, as Hyundai i10 is far more smooth and comfortable when compared to Wagon-R, which I discovered only after a test drive.

If you have any comments or suggestion, please share through comments below.

The official launch date of Maruti A-star is expected to be 20th November 2008.

The A-star has been launched on 19th November officially. The A-star is available in three variants, Lxi, Vxi and Zxi. Good Thing is that all three variants have Power-Steering and AC as standard !

The max power of the A-star is equal to that of Hyundai i10 iRDE 1.1 litre version. Although its 20% less compared to new Kappa Engine of 1.2 litre of new i10.

Its been about than 4 months Maruti A-star has been launched. So I just thought it would be worth to re-review the car on the current on-road situation. The previous review I gave was my personal anticipation about the car’s performance and looks etc.

My second pinion on seeing and testing the car is that it did not live up to my expectation in terms of space and comfort. It looks too much like Hyundai i-10, the head lamps look bit silly. And the pricing of the car makes it even a weak seller. It has Maruti branding associated to it which which is a big plus point, but otherwise I personally find it a weak contender compared to Hyundai i-10 which is the closest competition to A-star.

Also the mileage figures of about 20 KMPL looks more of idealistic, although it might come close to 15 or 16 in city like Delhi, which is not bad. But mileage will largely  depend on your driving style. Here are some tips to increase car mileage though.

Also to add to it is the current slowdown in economy and less sales of cars, which must be giving bad times to Maruti and all other car manufacturers. I hope they come up with some variant of A-Star which is improved on interior space and quality to compete with the Hyuandai i-10 and Chevrolet UVA which are in same segment.

I still don’t say its a bad car, but i expected it to be much better than it is. If you are driving one, or have driven one, please share your reviews and suggestions via comments below.