With this update, the Ciaz came with several design tweaks and minor updates to its feature and equipment list.

Along with the cosmetic updates, the updated iteration of the Ciaz also came with an all-new petrol engine.

This new unit replaces the existing 1.4-litre K14B unit. Not only this, but the new 1.5-litre unit comes as standard with Suzuki’s mild-hybrid stystem available which is available with a dual battery set-up. 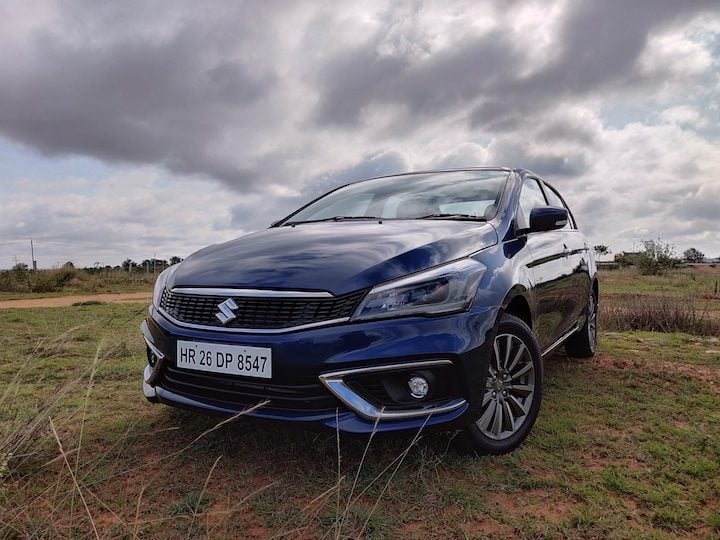 The diesel iterations of this sedan are available with a manual gearbox. The base diesel version of this sedan costs INR 9.19 lakh. While the top-end diesel variant is going to cost INR 10.97 lakh. 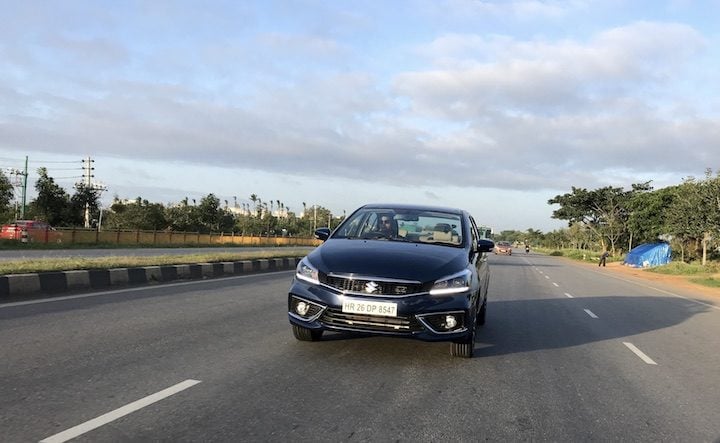 The new Maruti Ciaz, as mentioned before, comes with an all-new 1.5-litre petrol engine. This K15B petrol unit is capable of churning out 104 BHP of power along with 138 Nm of peak torque.

The diesel derivative of the new Ciaz remains the same as before. It still used the same 1.3-litre DDiS unit sourced from Fiat. This engine is capable of churning out 88 BHP along with 200 Nm of peak torque. 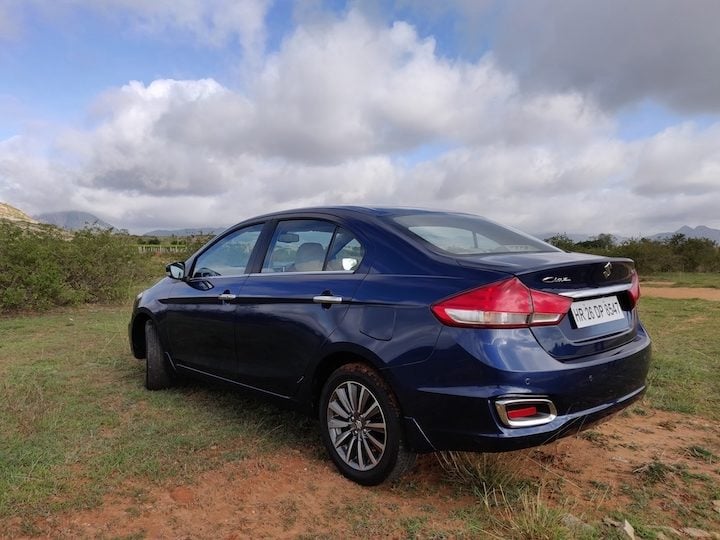 In the future, probably with a generation update, Maruti Suzuki is likely to introduce a new 1.5-litre diesel engine in the Ciaz. This new engine will meet the upcoming BS-VI emission regulations. Interestingly, this engine will not be sourced from any other OEM but developed in-house by Maruti.

The updated version of this car will share the same platform as that of the current spec model. Hence, the dimensions, be it the exterior or the interiors one will remain exactly identical. Consequently, the 2018 Maruti Suzuki Ciaz will measure 4490 mm in length, 1730 mm in width and 1485 mm in height. Furthermore, the car’s wheelbase will stand at 2650 mm while the ground clearance at 170 mm. In addition to this, the new version of this sedan will have a boot space of 510-litres. 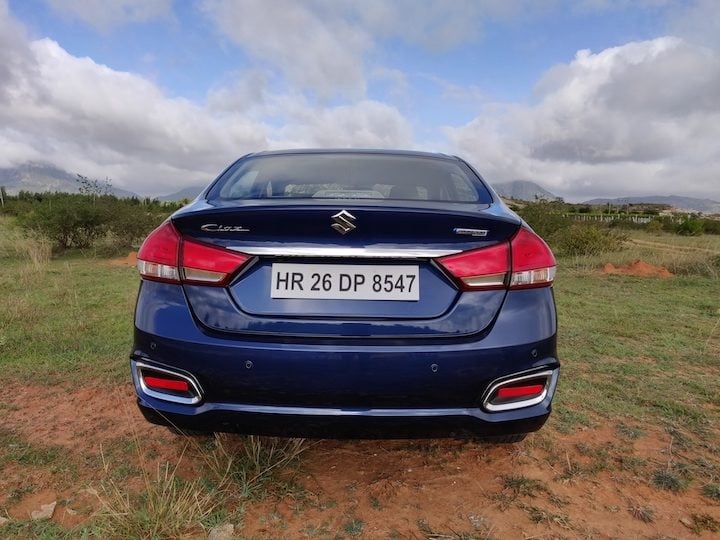 The 2018 Maruti Suzuki Ciaz is essentially a Facelift. As a result of this, the exterior profile will remain largely identical to the current model. That said, Maruti will slightly redesign important aesthetic bits. For instance, expect the front bumper to get a new design. Fog lamp housing along with the grille will feature a new look. Headlights will remain similar in shape but could get new details. The side profile will remain identical. However, the sedan can get new alloy wheels. Towards the rear, the tail-lamps will get new design elements. However, the boot-lid design will largely remain the same.

The cabin of the Facelift Maruti Suzuki Ciaz, just like its exterior profile, will remain identical to the current spec model. It will continue to come with the same dual tone colour scheme. The instrument cluster will be revised to freshen up the cabin. As far as the design an layout of the dashboard is concerned, it will remain the same. Maruti might add certain wood or silver accents to add to the visual appeal. The seat fabric could see a new design. Rest, all the major attributed will remain the same.

The updated version of this mid-size sedan will continue to retail through Maruti’s NExa dealership outlets. Hence, it will follow a different variant nomenclature as compared to the standard one. It will have the following variants in its model line-up. 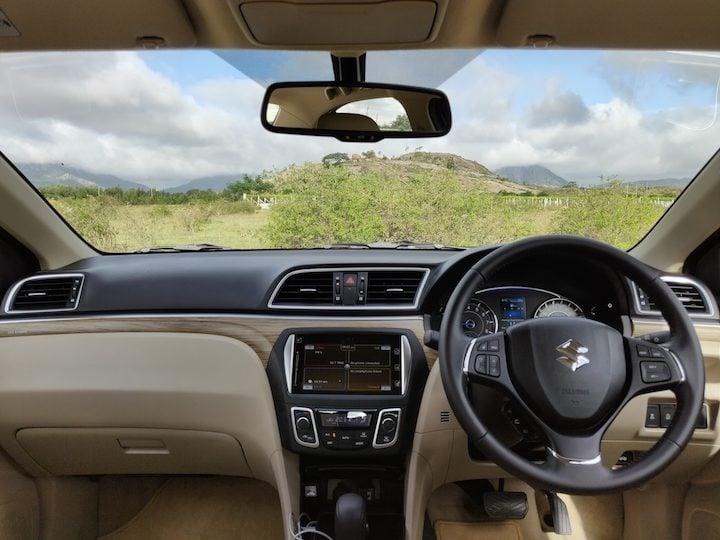 Despite the visual modifications and updates to the cabin, the 2018 Maruti Suzuki Ciaz will continue to retail in the following colours. In addition to this, Maruti might add a couple of other paint schemes as well. 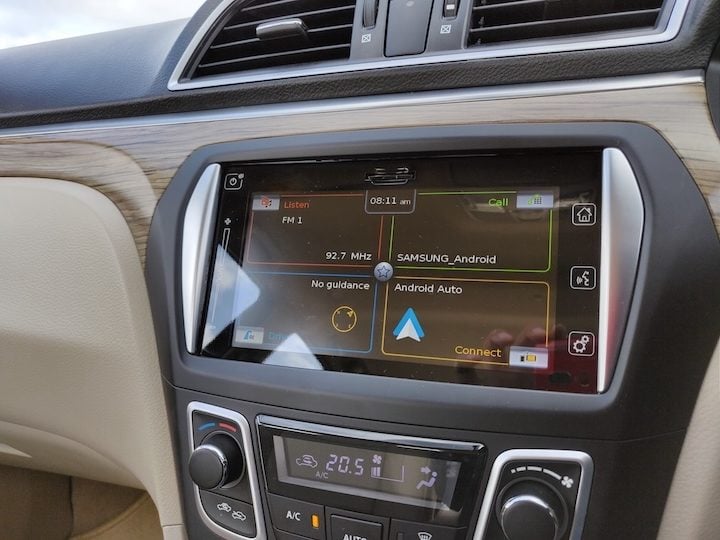 Right from the base variant onwards, the Maruti Suzuki Ciaz is going to offer dual airbags and ABS with EBD as standard across the range. Furthermore, the car is going to get ISOFIX child seat mounts as well. In the higher variants, it could offer up to six airbags in total.

This Sedan will compete with the likes of Honda City and Hyundai Verna. The Honda City recently received a facelift. The Hyundai Verna, on the other hand, just got a complete generation update. Furthermore, Toyota is all set to launch the Yaris in India this May. Hence, the competition for this sedan is about to get quite a lot tougher than before.