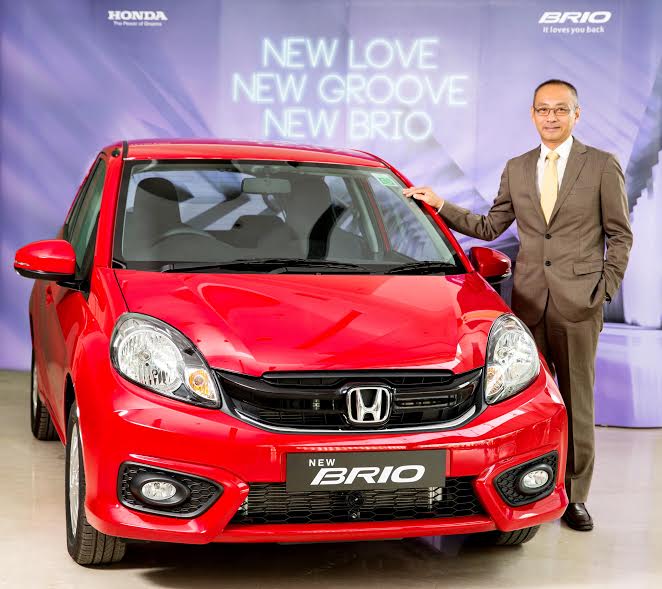 The previous iteration of the Brio wasn’t exactly what we would call ‘Value for Money’. The new one is slightly more expensive now with prices starting at Rs. 4.69 lakh. The number of variants on offer has come down to just four. The top end VX automatic trim 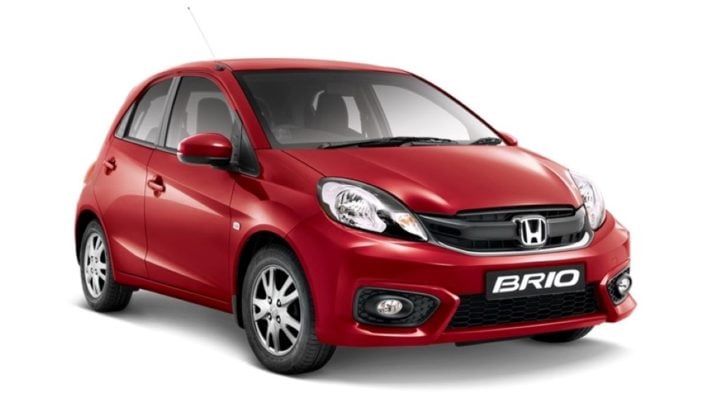 Internationally, Honda has also introduced a sportier variant called the Brio RS (similar to the Mobilio RS sold in India). However, India will not get this variant.

Fuel efficiency figures remain the same as there are no changes to engine and transmission options.

The new model Honda Brio facelift features a revised rear-end, which looks just a wee bit more appealing than the current car’s posterior. It gets a new Tail Lamp and an all new tailgate spoiler with LED High mount stop-lamp. However, the big change is seen up front as the Brio facelift borrows the new Amaze facelift’s nose. As part of the facelift, the Brio gets a new bumper, new fog lamp enclosures, a new grille and chrome garnish on the boot lid. The new grille features a thick glossy black finish bar housing the Honda logo. ORVMs get integrated turn indicators.

On the inside, the new Brio boasts an all-new dashboard. It also gets a new speedo console. This new dashboard comes from Amaze facelift. However, the top end variant gets an all-black color theme. The new design feels more premium, and modern and addresses one of the current Brio’s biggest shortcomings. While the steering wheel design remains the same, most of the other in the cabin are new. The Amaze does not come with a touchscreen infotainment system and even the Brio doesn’t. However, it does feature a new 2-DIN audio system with USB, AUX and Bluetooth support. 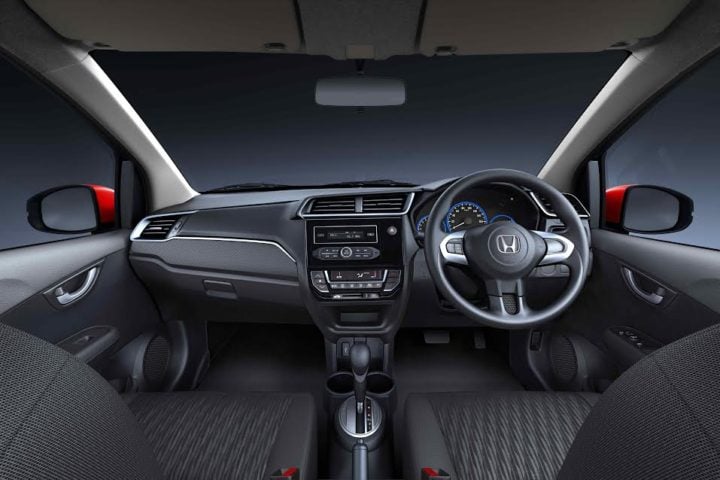 The new Brio is available in five colours

No changes have been made to the Brio’s engine. The 1.2-litre i-VTEC petrol unit has been carried over unchanged from the current model. While we were expecting the Brio would get a new CVT to replace the 5-speed Auto, that has not been the case. The 5-speed automatic from the outgoing model continues. Even the fuel efficiency figures remain the same. The manual variants return 18.5 kpl overall, while the automatic Brio returns 16.5 kpl. 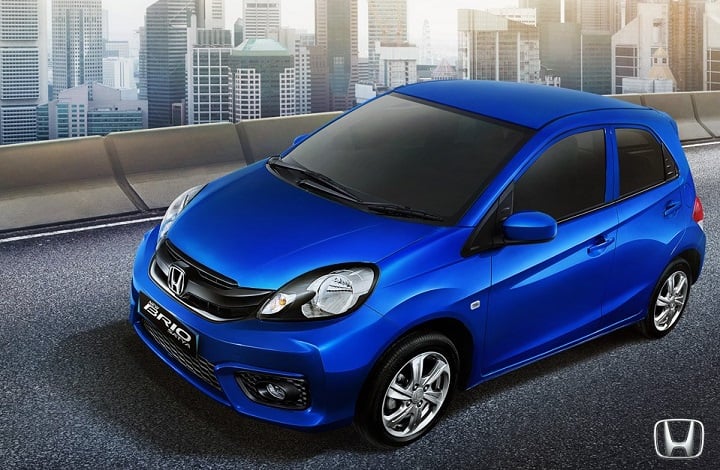 You can safely stay tuned to Car Blog India for more on the new 2016 Honda Brio facelift.