New Tata Tiago – All You Need To Know

Following the introduction of the Zest and Bolt twins, Tata Motors will be looking to carry forward their resurgence in the domestic four wheeler market with the new Tiago hatchback, which will be later joined by a compact sedan. The Zica, as it was known earlier was launched under the Tiago moniker, following its unveiling late last year. It will serve as the replacement for the ageing Indica hatchback. The Tiago will be positioned at the lower end of the B-segment and will take on the likes of the Maruti Celerio, Hyundai i10, Honda Brio and the Chevrolet Beat. Tata seems to have redirected a lot of resources into the development of this product which clear from the fact that the Tiago is almost completely new inside out with a new design language and brand new set of engines. and they have also roped in footballer Lionel Messi to endorse the product. As always, we have come up with a detailed new Tata Tiago Review which you can read here. In the meantime, you can check out all there is to know about the Tata small car in India -. 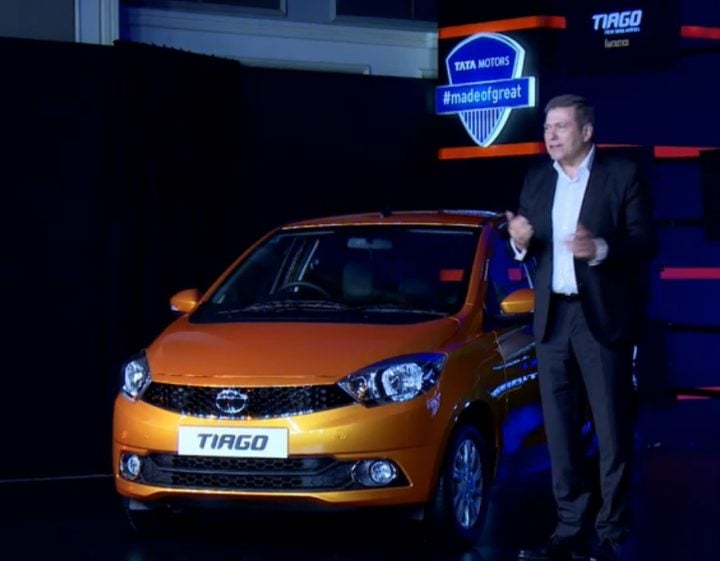 Also See – Tiago vs Celerio vs i10 vs Brio vs Beat

Tata has adopted a very aggressive pricing strategy for the Tiago. The petrol variants start at INR 3.2 lacs and the diesel starts at INR 3.94 lacs. Here’s the full Tata Tiago price list –

An ARAI certified fuel mileage of around 25 kpl is what was expected from the newly developed diesel engine. However, the Tiago has exceeded our expectations with an ARAI certified mileage of 27.28 kpl! The new petrol motor returns 23.84 kpl.

Its closest rival, the Celerio, returns 23.1 kpl in the petrol guise, while the smaller 0.8 L diesel version returns around 27.62 kpl. Keeping in mind the fact that the Tiago boasts of bigger engines in terms of capacity and power, these claimed mileage figures are indeed very impressive.

Tata’s current product line-up, especially the Zest and the Bolt, is one of the most feature rich of the lot and the Tiago is no different. Although premium features like a touchscreen AVN have been given a miss, things like a Harman sourced 2-DIN audio setup with USB, AUX and Bluetooth, steering mounted control, dual airbags and ABS find their way into Tiago’s variants. The Tiago also gets a Harman sourced 8-speaker audio system. This audio unit also supports navigation via Bluetooth and lets you stream music from multiple devices. Some of the features the Tata Tiago comes with are: 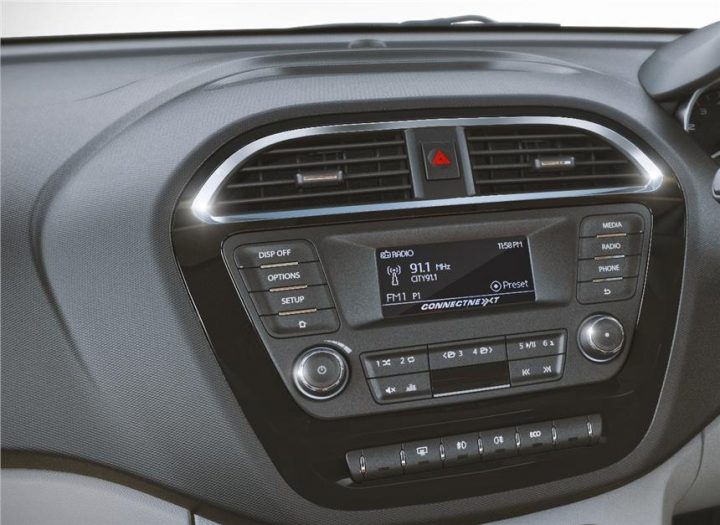 Tata has developed a brand new set of diesel and petrol motors which make their debut under the hood of the Tiago. The diesel unit is a 1.05 litre three cylinder Revotorq motor with a power output of 69 bhp and 140 Nm of torque. As mentioned in the section above, a mileage of around 27.28 kpl is what this engine returns.

The petrol engine is also a newly developed 1.2 litre three cylinder Revotron unit. This motor churns out 84 bhp of peak power and 114 Nm of peak torque. Transmission duties for both the petrol and the diesel powered variants will be handled by a 5-speed manual with the possibility of an AMT being introduced at a later stage.

Stay tuned to Car Blog India for the 2016 new Tata Tiago Review and other updates on the upcoming Tata small car in India.