Popular French automaker, Renault, will launch the Captur SUV (aka Kaptur) in India on November 6. The Captur for India is based on the same platform as the Duster. It will come to us in the premium ‘Platine’ trim. Bookings for the Kaptur, nay, the Captur start from today. Prices could start at Rs 12 lakh or thereabouts. Read on for more on the Renault Captur India launch date, price, specifications, mileage, etc. Also See- Renault Captur – All You Need to Know

The Renault Captur will cost more than the Duster. Basically, the upcoming Renault SUV will rival the top end variants of the Hyundai Creta and entry-level trims of the Mahindra XUV500 and the Tata Hexa. The Captur is underpinned by the M0 platform, which comes from the Duster. The Renault Captur will be locally manufactured at the company’s Chennai facility. Like we said, the company has commenced road tests of the Captur.

Renault India will launch the Captur SUV on 6 November 2017. It’s worth a mention here that the Duster is fast losing out to its fresher rivals. While a facelift was launched last year, Renault India requires an all-new product to maintain its popularity in the SUV market. This is exactly where the Captur will help. While it will be priced significantly higher, it will still bring back the attention of SUV buyers towards the Renault brand. Bookings of the new SUV have been open since 22-September 2017.

Despatches of Renault Captur to 300+ dealerships across India have already taken place. It’s only a matter of time before the new SUV enters the market.

As we said, the Captur will be priced higher than the Duster. The Captur will rival the likes of Mahindra XUV500 and Tata Hexa. Hence, prices are expected to start at Rs 12 lakh or thereabouts. The Captur will also become a rival to the high-end Hyundai Creta variants. 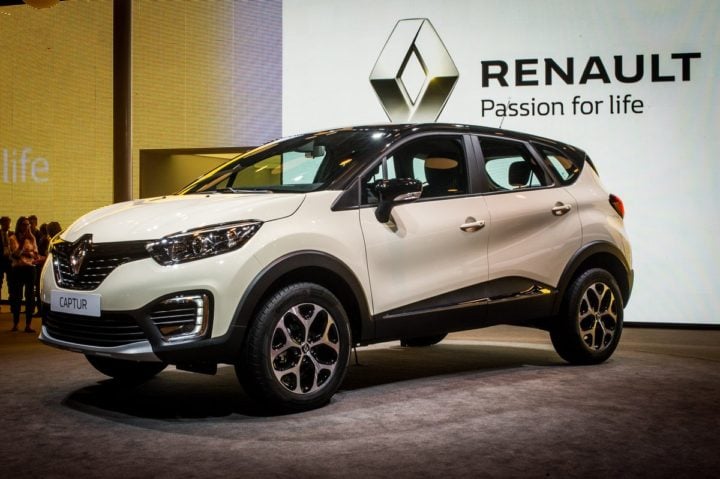 The Renault Captur is likely to offer 2 engine options- 1.6 L Petrol and 1.5 L Diesel. While the Petrol engine will be a Naturally Aspirated unit, the oil burner will employ a turbocharger. Both the engines will output in excess of 100 BHP. The Petrol engine will come mated to a 5-speed manual transmission. The Diesel engine, however, will get a 6-speed manual unit. The new car will go on sale with manual transmissions only. While automatic variants might follow at a later stage, it doesn’t seem like the Captur would ever get a four wheel drive system.

The Captur will share its engines with the Duster. Hence, even the average mileage figures will be similar.

The Captur will offer a handful of premium features. Among the highlights will be- 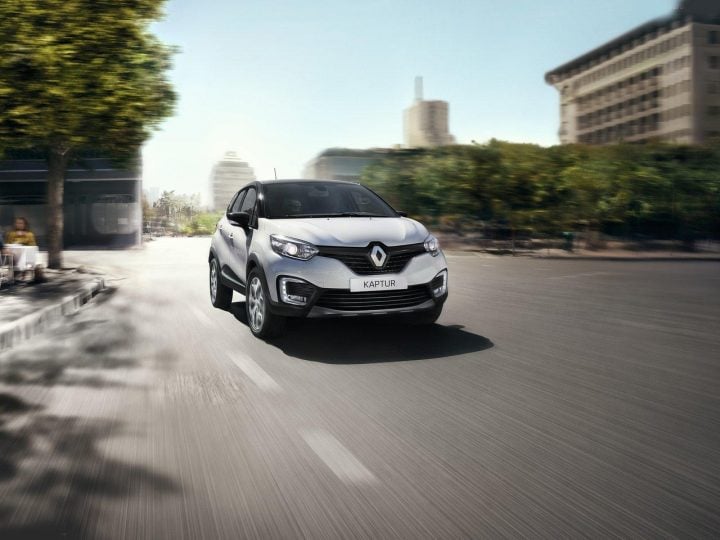 The Captur takes many design cues from the Clio-based Captur SUV concept. In terms of design, the Captur looks a totally unlike the Duster. While the Duster looks butch, the Captur is far sleeker, and more car-like. The upcoming Renault SUV for India is 4,333 mm long, 1,813 mm wide and 1,613 mm high. It has got a wheelbase of 2,674 mm. Its 204 mm ground clearance helps impart a rather aggressive stance to this SUV. The approach and departure angles stand at 20 and 31 degrees respectively. Highlights of the car’s exterior include a wide grille, C-shaped LED DRLs and stylish 17-inch alloy wheels. Renault India is likely to offer dual tone paint and many customization options on the Captur.

The Captur will offer a spacious interior. It will offer 5 seats along with a lot of luggage space. The cabin will offer several cubby holes for storage of knick-knacks. Also, the interior will boast many features. Highlights here include a 7-inch touchscreen for the Media NAV system, digital speedometer, multi-function steering wheel, start/stop button and rear AC vents. The Captur offers a really tall driving position of 708mm. 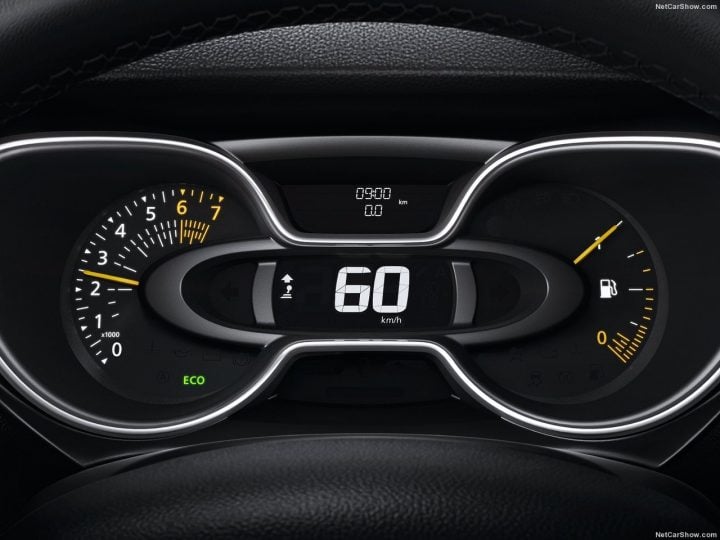 The Captur shares its engines with the Duster. Hence, it offers a 1.6 L Petrol and a 1.5 L Diesel engine. The Petrol motor gets a 5-Speed manual gearbox. The Diesel engine, however, offers a 6-Speed manual transmission. Automatic variants could launch at a later stage. However, India doesn’t seem likely to get a 4WD system. The Petrol engine should have an average mileage of 12 KMPL, while the Diesel motor could offer 17 KMPL. 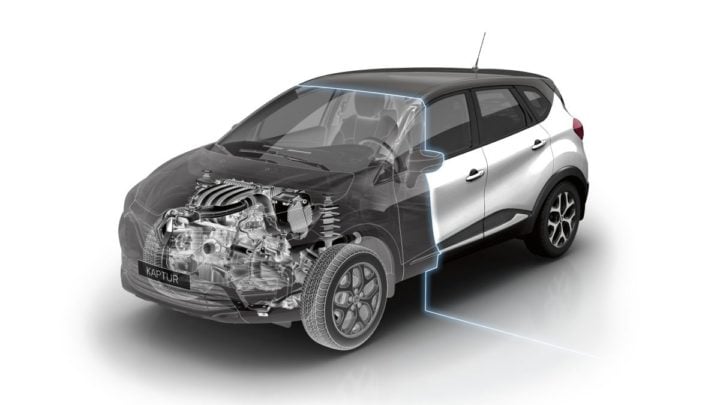